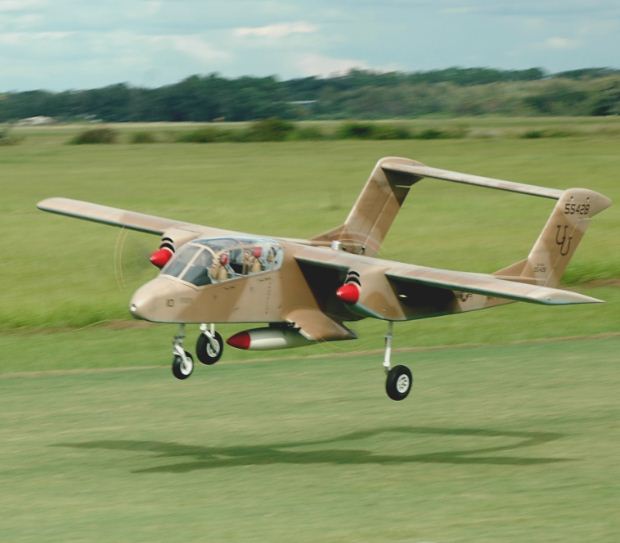 We have received several comments asking for more information on Sean Curry’s OV-10 Bronco that we posted as a video interview on the MAN site so we’re founposting more photos and some detailed information on this amazing Electric powered warbird. 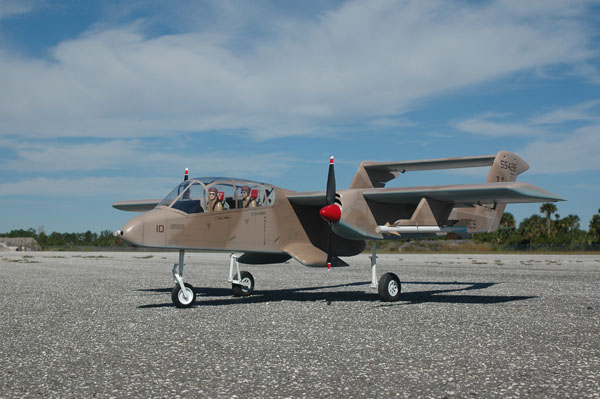 Flown during the 2011 Monster Planes Fly In at the Paradise Field RC  flight facility in Lakeland, FL, the Bronco was one heavy metal warbird that caught everyone’s attention. Not because of the roar of its twin engine exhaust note, but because of the lack of it! This amazing, giant, electric powered, OV-10 Bronco certainly lacked nothing in the performance department. Built from a pre-production Hobby Hangar (hobbyhangar.com) kit, this twin Bronco is the largest in the Rich Uravitch sport warbird series of Broncos. The Bronco series began many years ago with a 52-inch, .25 glow powered variant and was followed by an even more popular 80-inch span, .40 size version. Now with a wingspan of 109 inches and weighing in at 52 pounds with batteries, Sean’s Monster Scale Bronco has a very impressive presence on any flightline. 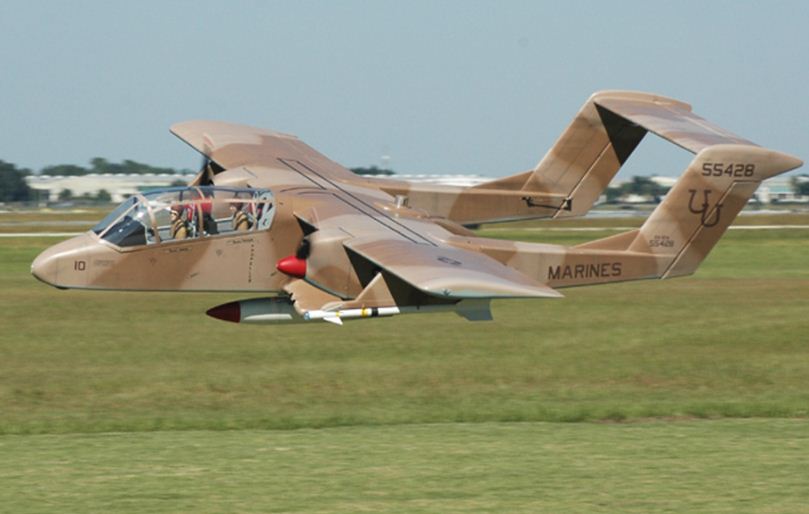 Flown by Sean Curry, the son of Top Gun Static Scale Judge Bob Curry, the Bronco certainly flew up a storm and easily kept pace with the other monster scale planes at the event. Using traditional balsa, plywood and lite-ply laser cut construction, the giant Bronco features amazing attention to detail and once outfitted with scale accessories like drop tanks, functional flaps and retractable landing gear, it can hold its own at any scale competition or event. Sean’s plane is outfitted with a “Sierra Precision Scale” (sierraprecision.com) retract system.

Sean says there’s no difference between flying this electric version to any other giant gas powered twin except you have to keep track of your throttle stick position while flying instead of listening to the sound to the engines, of which there is none. Full power, sounds just like ¾  and ½ power. So when you setup maneuvers you need to always be aware of the stick position and flight times.

The big Bronco is about 107 inches long and its power comes from two complete systems each including a Hacker (hacker-motor.com) A60-16L brushless motor turning an APC (apcprop.com) 21×14 E-propeller. Each motor is fed with a Hacker/Jeti Opto Spin 99 ESC and a pair Thunder Power of 6s 5200mAh Li-po packs wired in a 12s2p configuration. The final result is that each side of the plane produces 6,400 rpm and some 3300 watts per motor. 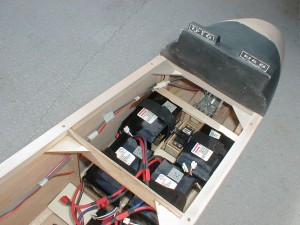 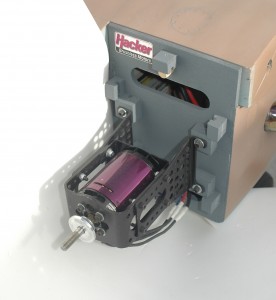 View a video interview with Sean Curry and his amazing Bronco at modelairplanenews.com under the video/electric section.