When it comes to giant scale RC aircraft, nothing even comes close to amazing and gigantic aircraft that Ali Machinchy pilots. Here’s a video of Ali’s 1/3-scale Messerschmitt Me 262 powered by twin turbine engines as it performs at the Classic Jets Meet at the RAF Abingdon base In Oxfordshire. 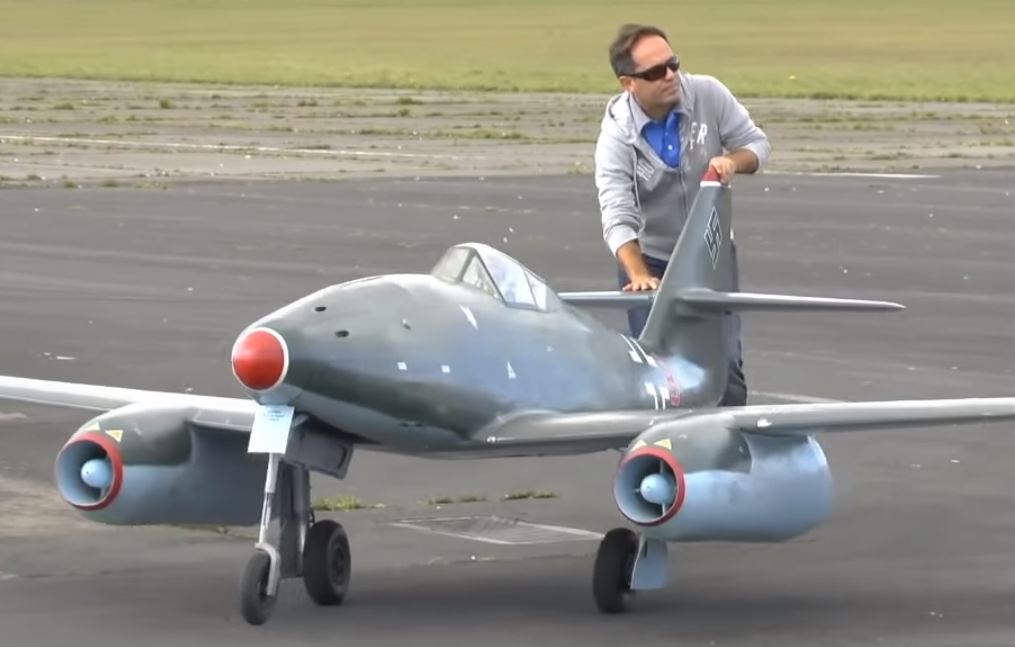 With a span of 181 inches  the Me 262 weighs in at 100 lbs. Powered by twin 50 lbs thrust turbines, this amazing WW II Luftwaffe jet fighter was a one off design that was scratch built by John Greenfield in the UK. Ali purchased it and had it re finished, then went on to Fly it for a number of years before he sold it to a collector in the US. 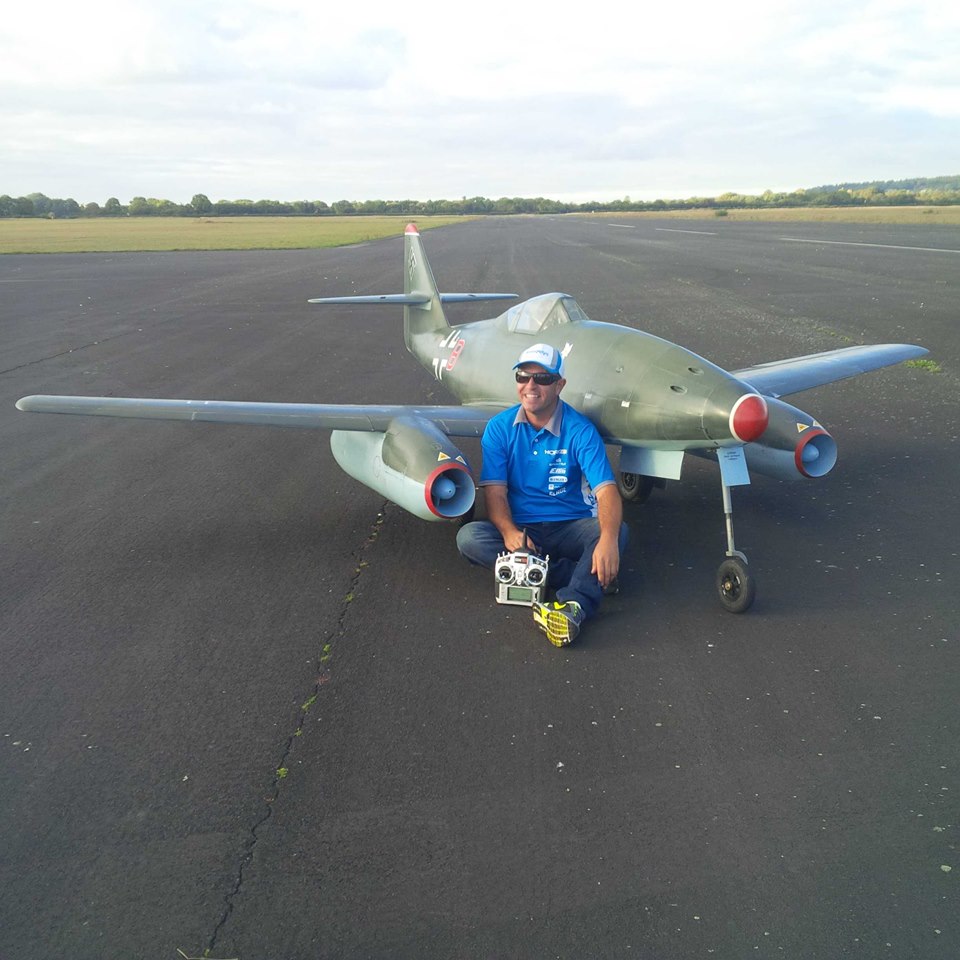 As can be seen, the Me 262 has no lack of power and with several video cameras onboard, this video make you feel like you in the air along side the sleek jet fighter.