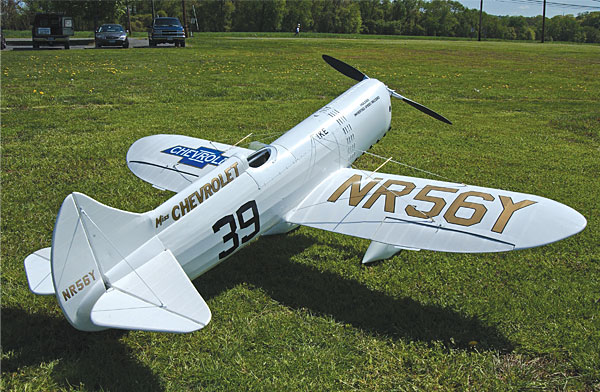 Editor’s note: Henry Haffke has been a contributor and consultant to Model Airplane News for close to 40 years and one of his most popular projects was his 40-size, 56-inch-span, Howard “Ike” DGA-5 racer Miss Chevrolet published in the April 1979 issue of Model Airplane News. Henry teamed up with expert pilot Sid Clement and competed at many scale regional and national scale meets with the Ike. It’s amazing that Henry’s original is still air worth today and can be seen regularly at the Old Rhinebeck RC Jamboree.
Henry always thought the “Ike” would make an excellent giant-scale project and he teamed up with Senior Tech Editor Gerry Yarrish to develop a 1/3-scale, 80-inch-span version. Using a mix of traditional construction and up-to-date engine and radio equipment, the giant “Ike” was born and published in our March 2013 issue.