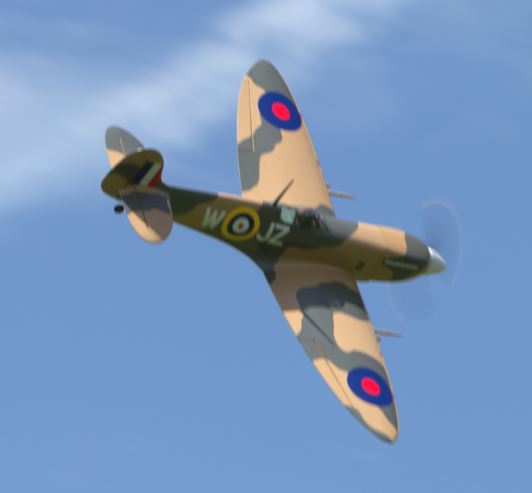 The newest addition to the Top Flite giant scale Warbird ARF collection is the Supermarine Spitfire and it is a great flying warbird. Model Airplane News test pilot and contributor Rick Bell took on the Spitfire and you can ready his Flight Report in the upcoming October issue of Model Airplane News. After some minor tweaks to the DLE55 gas engine (Test flight air temps were in the 90s) Rick kicked the tires and lit the fire for a great test flight. Right from the start we knew this one was a keeper and the Spitfire did not disappoint! 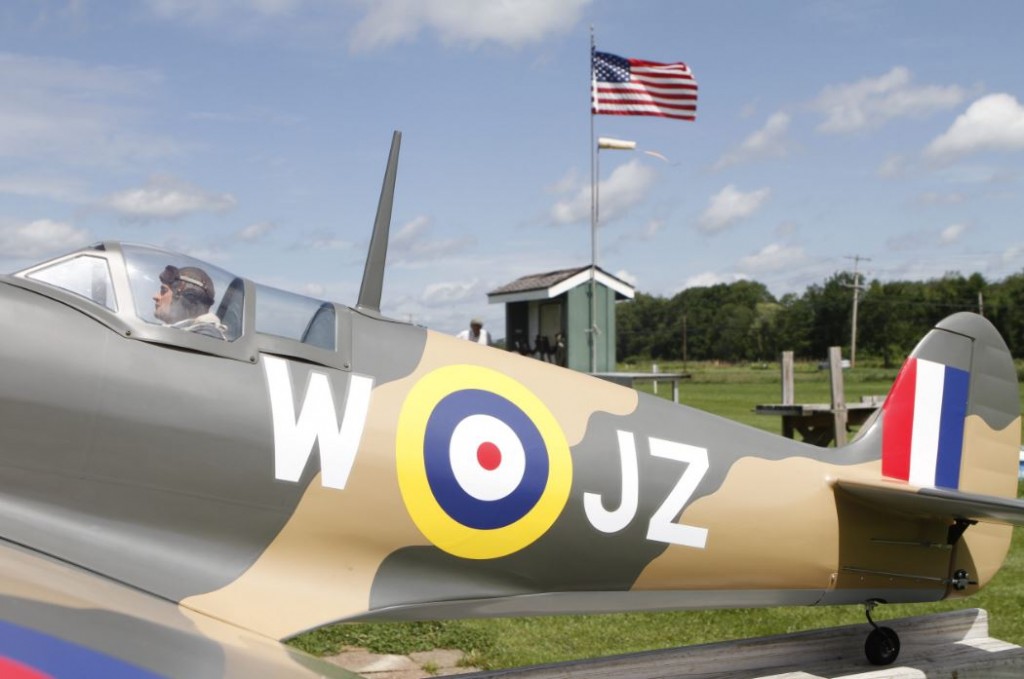 Here are Rick’s thoughts on the new RAF fighter.

I test flew the new Top Flite giant scale Spitfire at Central Connecticut RC Club’s nicely groomed grass runway, which is very reminiscent of an RAF field of WWII. The weather was hot and there also was a crosswind of around 10mph-12mph. I balanced the Spitfire as recommended and found that it was just a little nose heavy, just right for the first few flights! The DLE55 was running strong and it didn’t have any problems turning the Falcon 23×8 prop at a healthy RPM. Everything was working perfectly so it was on to the runway for some taxi tests. The narrow track of the landing gear made me a little apprehensive, but I was surprised at how well the Spitfire ground handled, even the crosswind wasn’t much of a factor. When I installed the gear, I added a little toe-in to the wheels, and it seemed to really help. Like the full-scale Spitfire, takeoffs are without flaps. 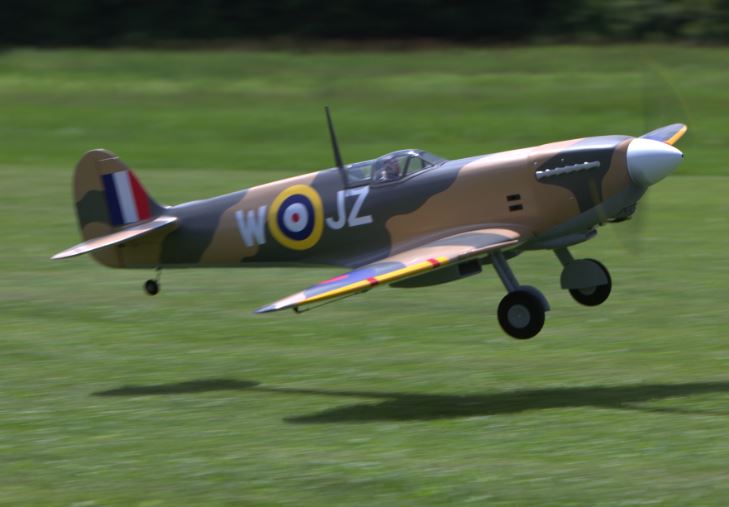 Stability:  The Spitfire has very nice moments that translate into a giant-scale model very nicely. What this means it that with its lengthy tail moment and generous wing area, the Spitfire is very solid and easy to fly for a heavy iron warbird.

Tracking: The model tracks nicely in flight and is similar to pattern ship; it goes where pointed and has a balanced feel to control inputs. If you’ve ever watched videos of a full-scale Spitfire, you know that they are very graceful in flight and this model inherits that trait.

Aerobatics: The Spitfire is a dogfighter at heart and should be flown as such! It’s more than capable of performing graceful rolls, loops, Immelmann turns and split-S maneuvers with ease. Its great fun pretending there’s an ME-109 on your tail and you’re out-maneuvering him and turning the tables on him! The Spitfire with the DLE55 has plenty of punch, be sure to back off the throttle on vertical downlines to avoid over stressing the airframe.

Glide and stall performance: The Spitfire glides well, especially with the gear and flaps retracted. With flaps and gear extended, a fair amount of drag is created and some throttle is needed to maintain airspeed. Just remember that when in a gliding situation, to keep the nose down to prevent an unwanted stall. When the model stalls, it usually just drops its nose, no snapping tendencies were noted. This is really helps to make for stress-free landings. 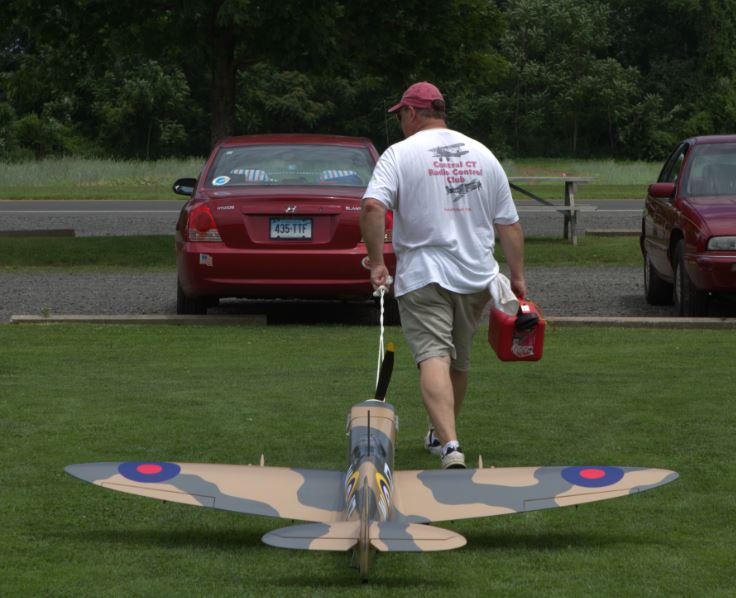