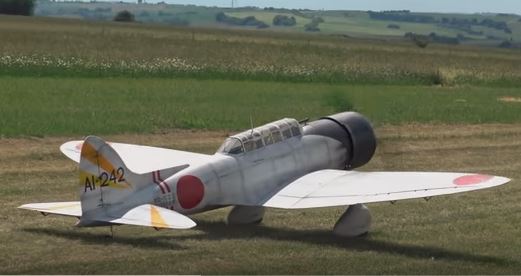 You don’t often see an RC version of the Japanese Aichi D3A (called “Val” by the Allies), let alone a monster scale version. This impressive Tora Tora Tora “torpedo bomber” is a real stunner and the work of Jörg Albrecht. At a massive 1/3.2-scale, the Val weighs in at 147 pound, and it has a 14.5-foot wingspan. Powered by a Valach VM R420cc, 4-stroke, five–cylinder radial, it has power to spare. Thanks to RCGiantScalePlanes for taking this video at the Icare Airmeet.