With the ever popular use of electric power systems, nitro-burning glow engines have started to before less understood by newcomers to the hobby. Once the mainstay of the hobby, 2-stroke glow engines still have a lot to offer and produce excellent power for their weight. Once you’ve decided to give a glow powered airplane a try, ask for help and always break in your engine  before your first flight. Here are three of the most asked question about glow power. 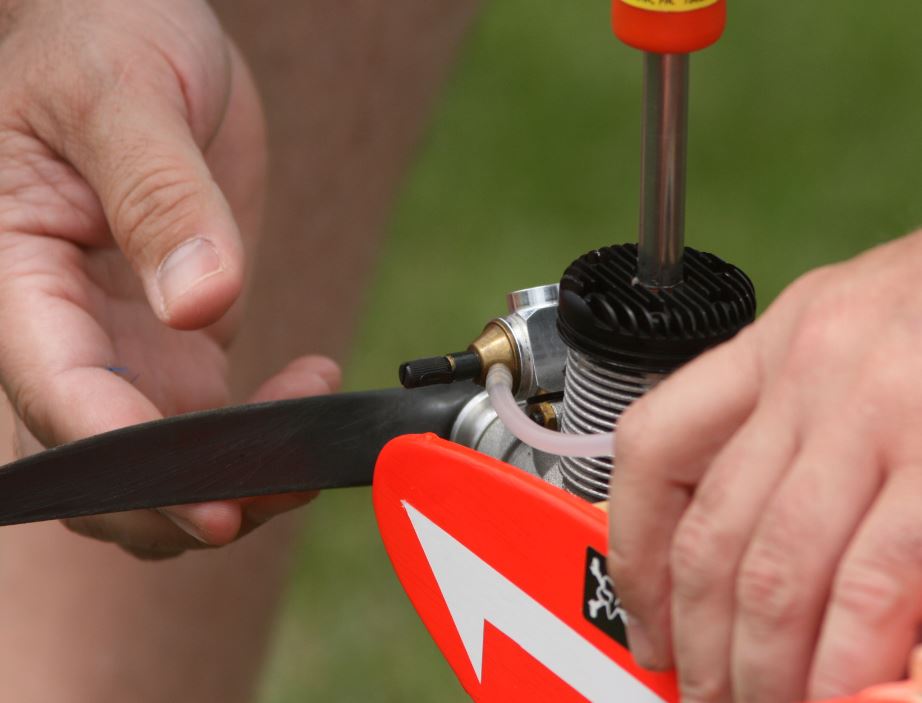 WHY DOES THE GLOW PLUG CONTINUE TO WORK AFTER PULLING OFF THE STARTER BATTERY?
When hooked up to a battery, the glow plug’s coiled-wire element glows bright orange, which creates a temperature in excess of 1,500 degrees F. 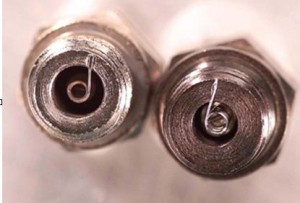 Once the engine is flipped over, either by hand or a starter, the compressed fuel/air mixture will ignite. If the mixture is right, the engine will become self-sustaining so that when the battery is disconnected, the engine continues to run. 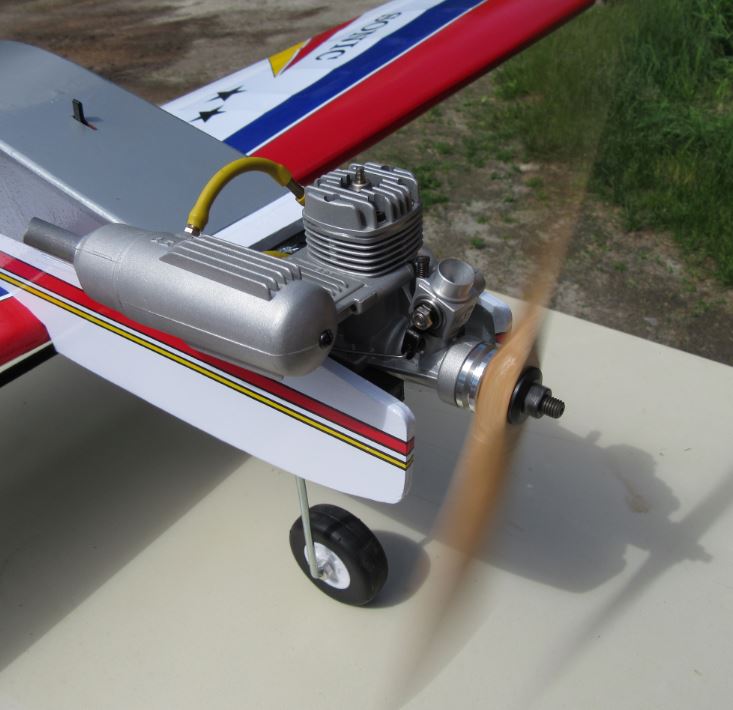 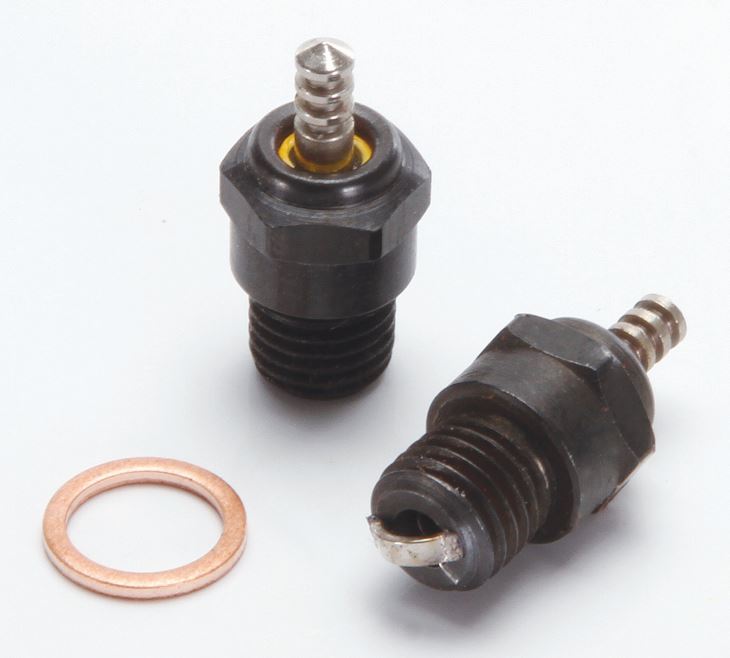 HOW DOES AN IDLE BAR HELP THE IDLE?
The idle bar is there to keep the glow plug from getting extinguished when the engine is throttled up. When the engine is idling, it has a tendency to pool up some fuel in the crankcase so when the engine is throttled up, that puddle is forced through the cylinder transfer ports. These ports direct the flow right at the glow plug. With an unshielded glow plug, that fuel hits the wire element and instantly smothers it. The idle bar in front of that wire element helps prevent the flow of fuel from hitting the wire and thereby keeps the glow plug lit. If you have a problem with the engine choking out when you go to wide open throttle, you may want to try a glow plug with an idle bar. 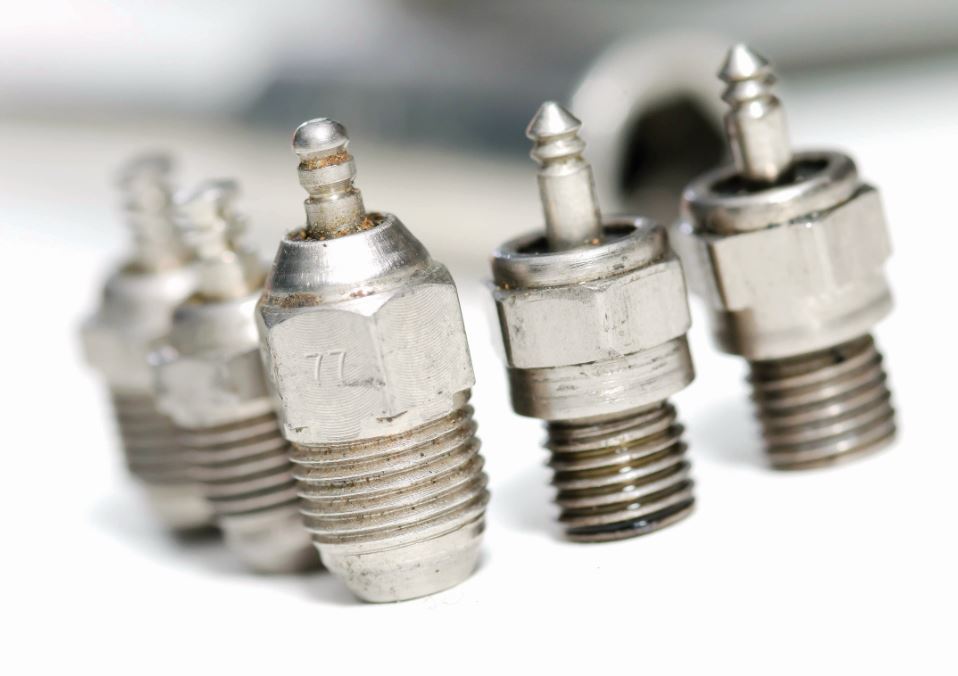 WHY ARE THERE DIFFERENT GLOW PLUG TEMPERATURE RATINGS?
We have different plug temperature ratings so they can be used to change the performance of the engine depending on the flying conditions. Because our engines have a fixed compression stroke and operating setup, the perfect ignition point will change with different running conditions. Some of these can include compression ratio, nitro or oil contents in the fuel, weather conditions and propeller load. By using plugs with different temperature ratings, we can adjust the ignition point so it’s not too early or too late. Once you find that sweet spot, your engine will produce the best performance. 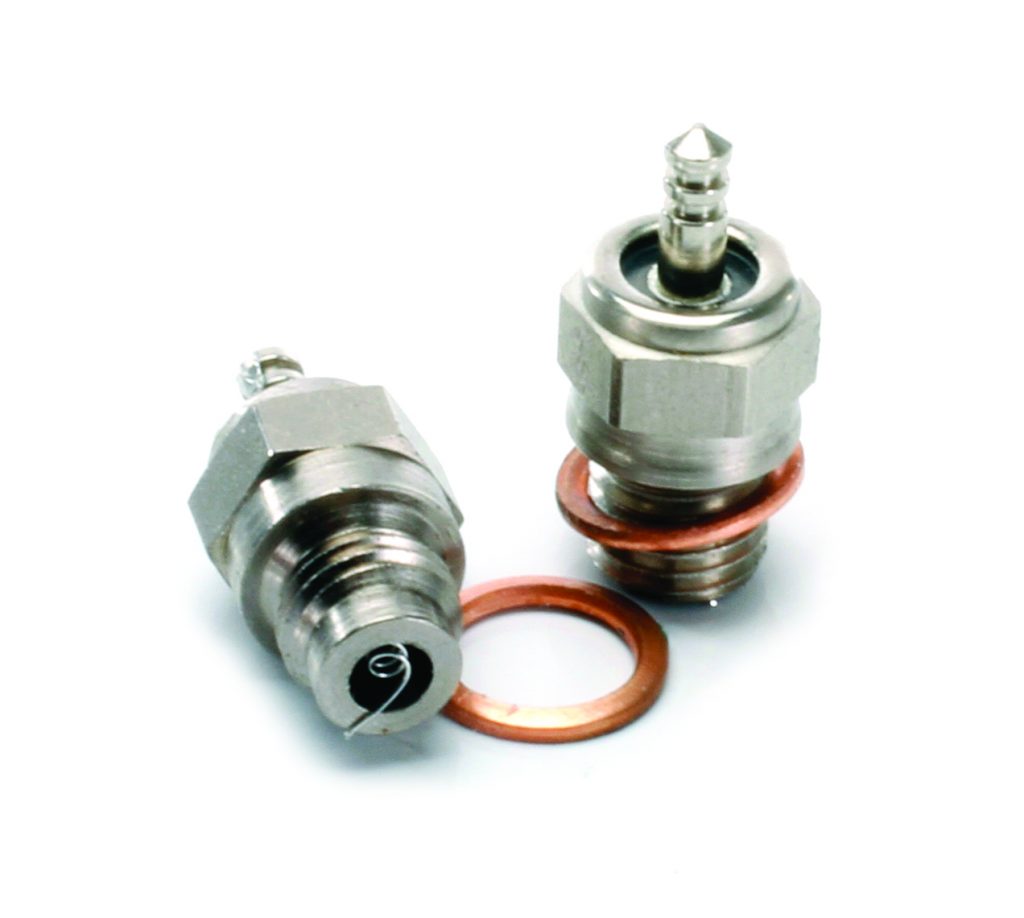