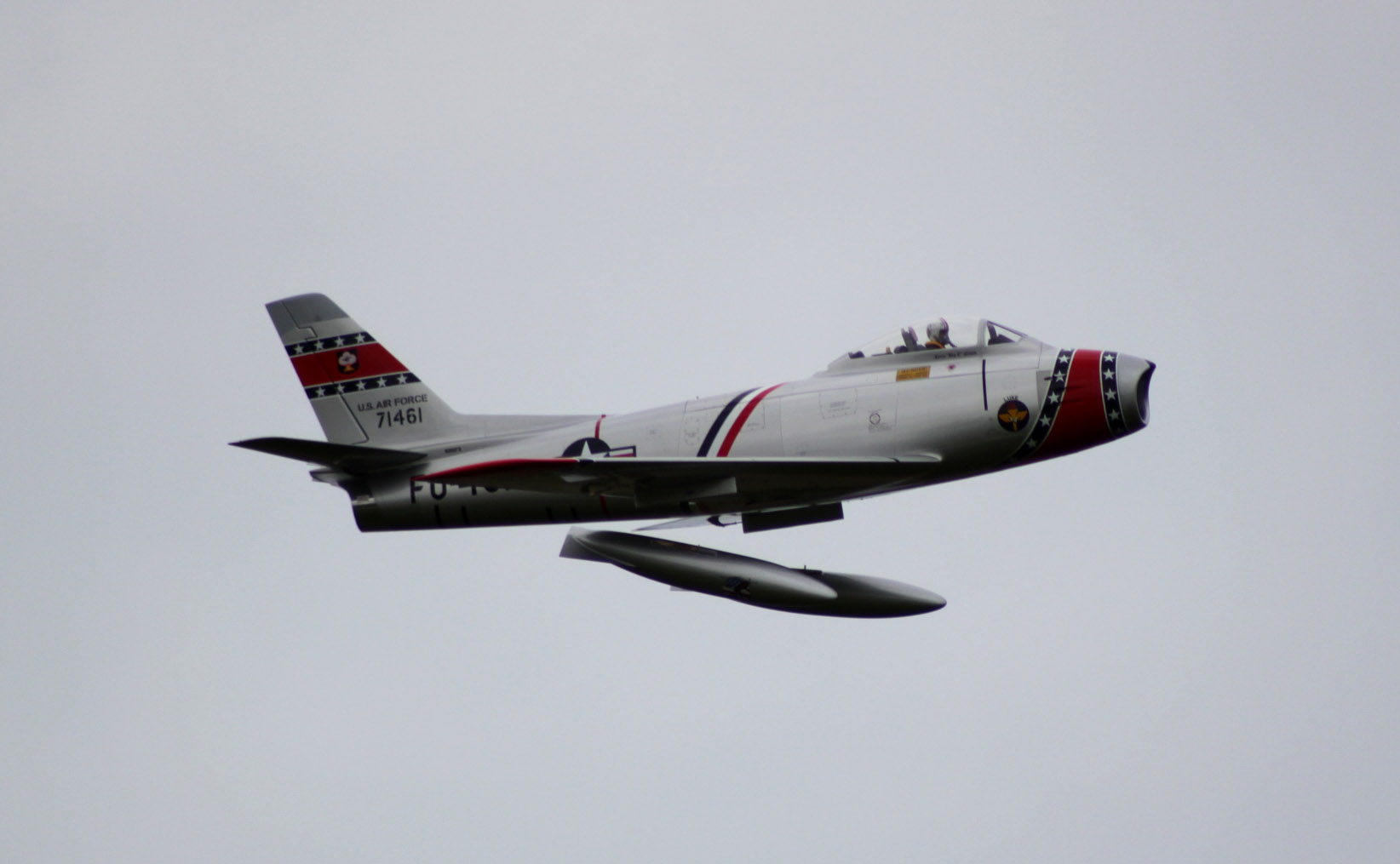 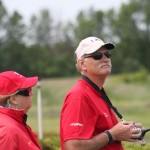 Terry Nitsch and pit-crew and wife Shelia Nitsch at work

Terry the Boys from Ottawa Canada are all cheering “Good-Luck!” Terry Nitsch from Ohio who will be flying his BVM – F86 in the AMA Scale NationalsChampionship 01-03 July 2011 at Muncie Indiana – Terry came up to Ottawa andflew at our 2nd annual EDF Jet Rally hosted by the Rideau Flyers of Ottawa on June 11/12.  Terry said it was a good practice for the AMA event!  I myself caught this great shot of the drop tanks being released!