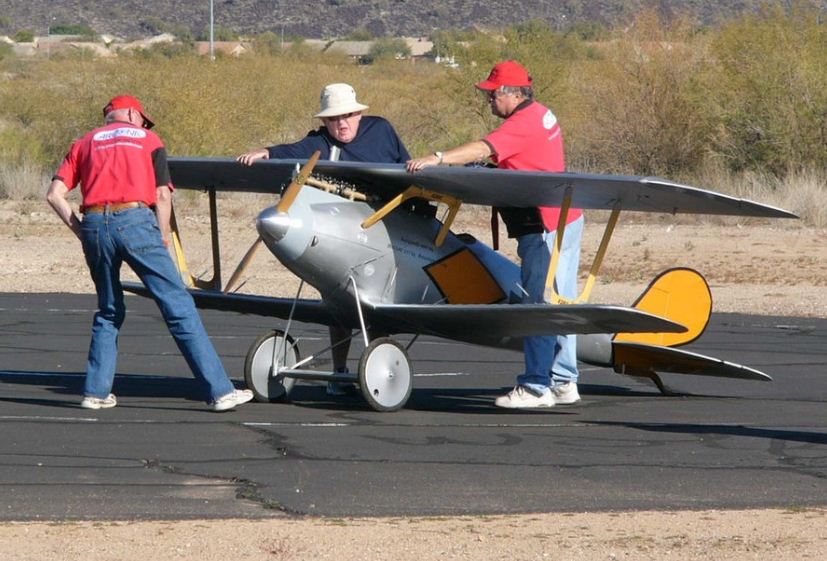 Today, giant scale has developed into a whole new sector of the RC modeling community and truly gigantic planes are being developed to fill this growing special interest group. This 1/2-scale Pfalz D.III WW 1 German fighter impresses everyone who sees it take to the air. The plane is a custom built model built from an Arizona Model Aircrafters Short kit that includes many prefabricated parts. Jaime Johnson of Scottsdale, AZ is the owner/operator of the company and he developed the ½-scale project starting with a set of Tom Polapink drawings, and incorporated many traditional modeling materials with lightweight Experimental Ultralight Aircraft materials and construction techniques to produce a plane that’s both scale, and that conforms to the new Academy of Model Aeronautics super giant scale RC aircraft guidelines. 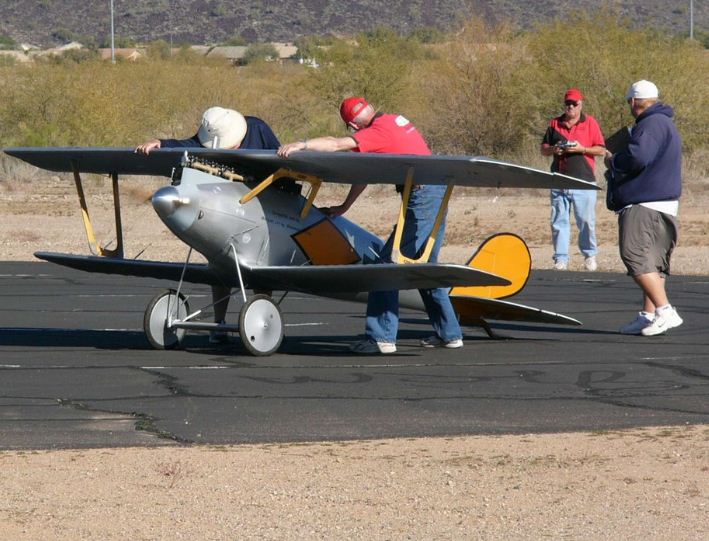 The aircraft has a wingspan of just under 15 1/2 feet and it is powered by a 210cc twin inline ZDZ gas engine which turns an impressive 36×12 prop. Bill Powers was the lucky test pilot and the aircraft was built by John Deacon, Bob Frey and Bill Powers. All the formers are made of plywood and the fuselage is sheeted in balsa (the full-size aircraft’s sheeting was plywood,) and the wing ribs are made from balsa and in some areas stiff cardboard capped with capstrips. The main spars are made of plywood and use I-beam construction.

Bill used a JR 9503 2.4GHz transmitter and Hitec heavy-duty giant scale digital/programmable servos. Two for the elevator, and one each for rudder and ailerons. The ailerons being so far apart, use fiber optic servo leads and each aileron servo has its own LiPo battery pack for power. All rigging wires are functional (250lb. test braided fishing leader,) and the shock absorbing landing gear uses bungee cord suspension and the wheel are 18-inches in diameter and are from a bicycle shop. They are fabric covered to look scale. 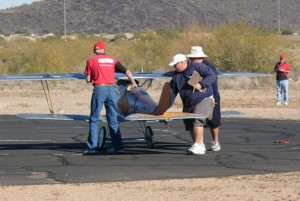 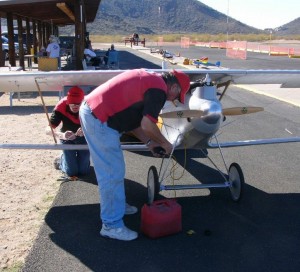 The flying weight of this WW1 monster is 108 pounds and Jaime Johnston said: “I’m a bit jaded being involved in RC Scale airplanes for more than 17 years, but when our new Pfalz’s engine cranked up and it took off, I was amazed and had goose bumps! It really is a sight to behold.” 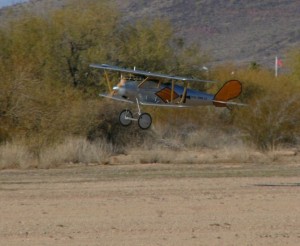 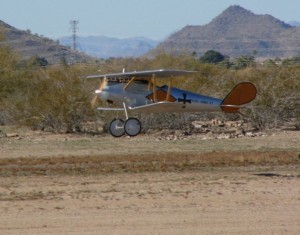 Of the first flight, Bill comments that: “Takeoffs and landings are actually fairly easy and it is a wonderful flying honest airplane. Being the first flight it did need some trimming and he is going to add more aileron travel. Everything else felt great!” 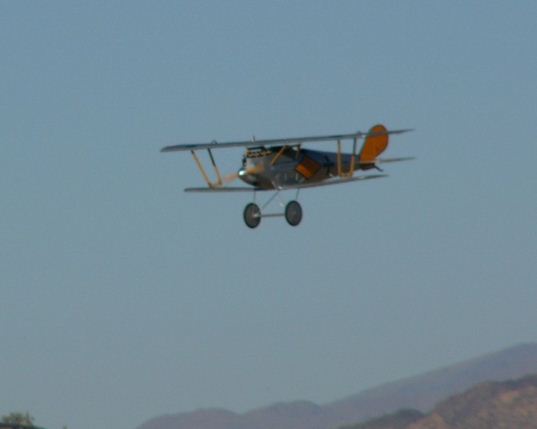 Right now the ½-scale Pfalz is hanging in a hangar at the Arizona Wing of the Commemorative Air Force Museum in Mesa, Arizona. The full-size historical aircraft organization is hosting a WW 1 aircraft event and they wanted the impressive monster to be present at this full-scale aircraft event. 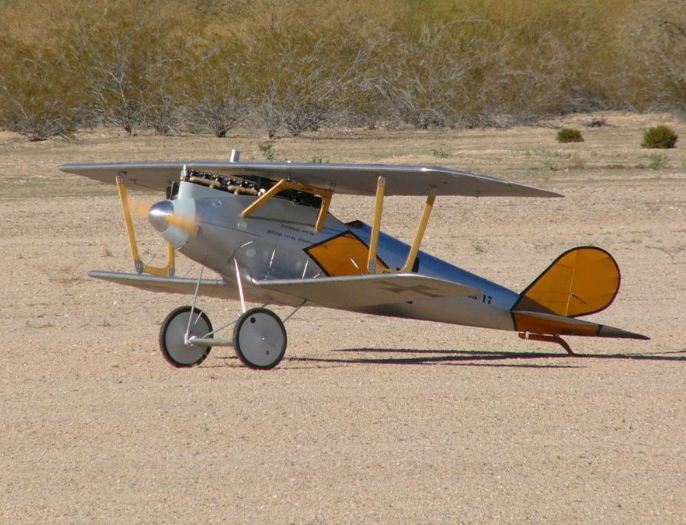