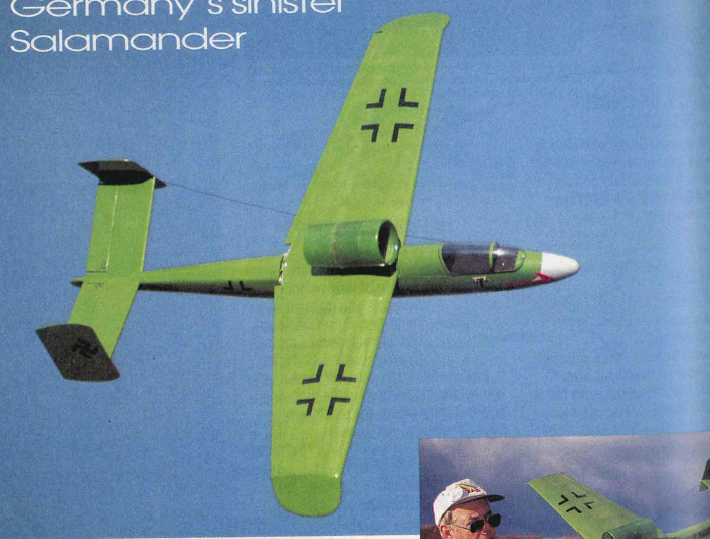 My FIRST Heinkel He 162 Salamander was a .40 size that was developed in 1975 for the Jet Hangar Hobbies* Turbax I and Kress Jets* RK-40 fans (the RK-40 is no longer available). This was a very good flying model, and it was a good test model because the external engine-fan units were easy to modify or replace. Details were published in Flying Models magazine in November 1975, and it was later kitted by Midwest Products, but the kit is no longer available.

To read more, click the link to open the PDF: FSP05961 Heinkel He 162 Salamander