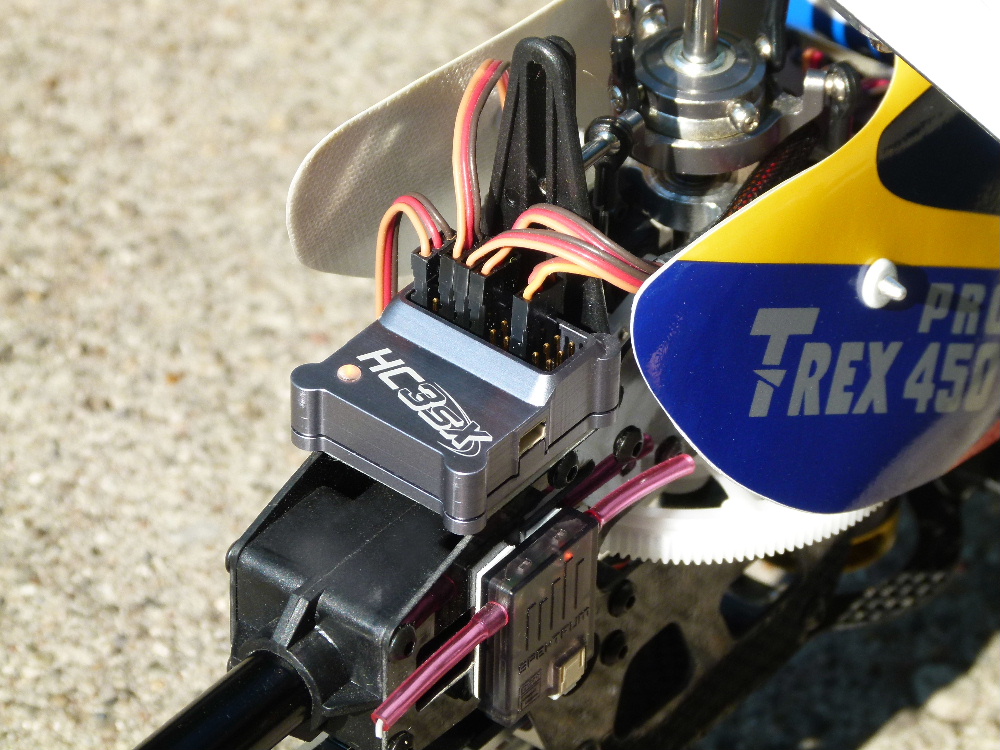 Flybarless stabilization has exploded in recent years, and the latest units offer some amazing features.  Captron, best known for their HeliCommand stabilization systems, now has the X-series, a line of 3D-capable FBL units.  The top of the line HC3-SX not only offers outstanding 3D performance, it adds two remarkable flight modes that make it a plus for any heli flyer, from beginner to scale to 3D pro.

First, it includes a “horizontal” mode, in which the heli will return to level flight after any cyclic input.  In flight testing this feature gives your collective pitch heli the feel of a coaxial; you hold cyclic inputs to move, and when you release cyclic, the heli stops where it is.  Gain can be adjusted in flight to make the heli more or less stable, as the pilot prefers.

Even better, the HC3-SX has a “rescue” mode that can bail the pilot out of trouble.  If the pilot becomes disoriented, he can press the rescue button, and the heli will level out (upright or inverted!) and climb to safety while the pilot collects his wits.  Well, who hasn’t wanted a feature like that at one time or other?  In flight testing with a Trex 450 Pro the rescue mode has performed flawlessly in both upright and inverted orientations.  It really is amazing to see.

Stay tuned for a detailed review and flight test of this outstanding device in Model Airplane News. 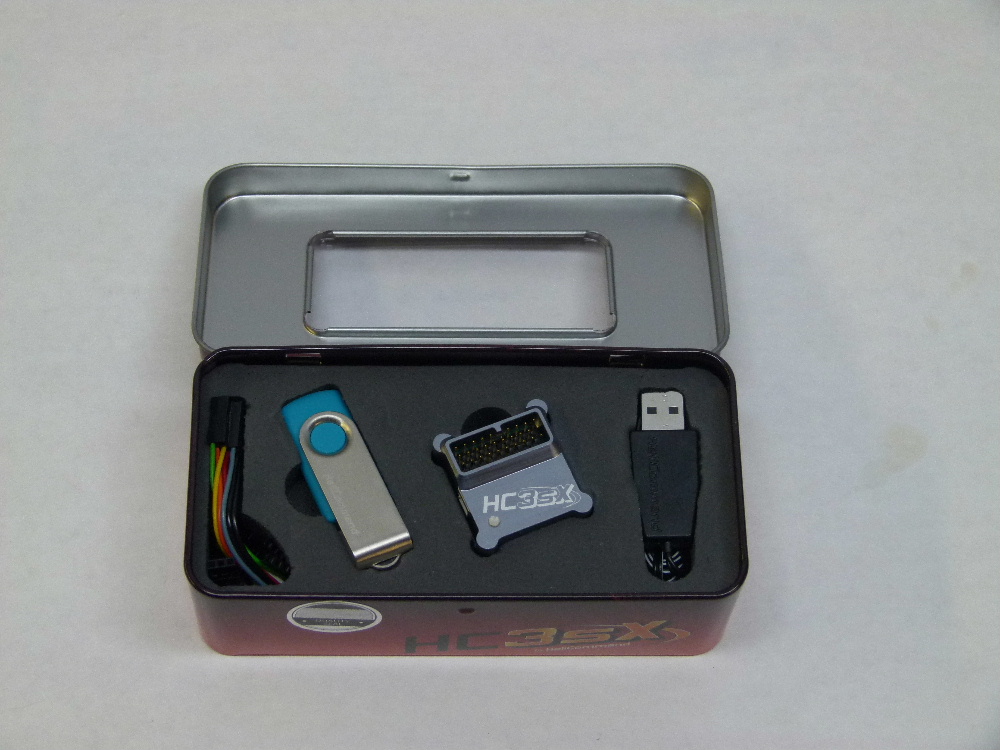