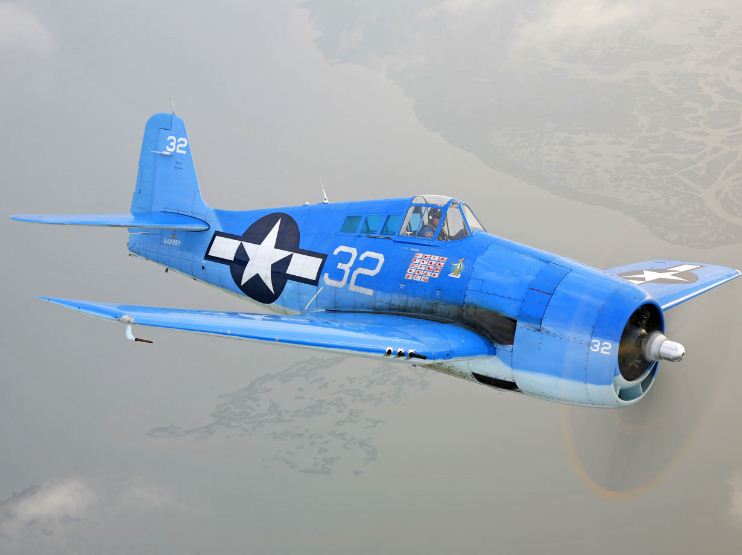 The crew of a research submarine studying artificial reefs off Miami-Dade County has discovered the mostly intact wreck of a U.S. Navy World War II fighter plane lying upside down 240 feet deep off Miami Beach.Researchers aboard the Antipodes were using three-dimensional sonar gear to investigate a blip on the sea floor last June when they found the 28-foot-long Grumman F6F Hellcat — encrusted with marine growth and dotted with exotic lionfish. The researchers shot high-definition photos and video of the plane and sent them to the U.S. Navy and Smithsonian Institution. Officials of the Naval History and Heritage Command in Washington, D.C., identified it as a Hellcat — rolled out starting in 1943 to counter the Japanese Zero. Stockton Rush, CEO and co-founder of OceanGate, Inc. — the private company that provided the sub to Miami-Dade County’s environmental agency — was surprised and elated at the find.“It was quite a surprise coming on that wreck,” Rush said. “At first, it appeared to be a 100-foot-long shipwreck, but we found it was an aircraft with a large silt berm that the Gulf Stream had pushed up against it.”The exact origin of the downed plane hasn’t been determined yet, but Rush hopes to escort Navy experts aboard his sub to take a closer look in the next couple of weeks.According to the Naval History and Heritage Command, 79 Hellcats were lost off Florida’s east coast between 1943 and 1952. But many of the crews survived by bailing out or ditching. They were not part of the mysterious Flight 19 “Lost Patrol” that vanished on a routine training mission off Fort Lauderdale in 1945. The “Lost Patrol” consisted of five TBM Avengers and the PBM Mariner that was sent to look for them.Robert Neyland, head of the NHHC’s underwater archeology branch, says tampering with the wreck — should some deep diver stumble upon it — is a violation of the Sunken Military Craft Act, which treats Navy ships and aircraft as historic sites — and possible graves. According to Bob Rasmussen, director of the National Naval Aviation Museum in Pensacola, more than 12,000 Hellcats were delivered to the Navy, but only a handful are still around today.“The discovery of one more — even under 240 feet of Atlantic Ocean — is important to naval aviation history,” Rasmussen said.