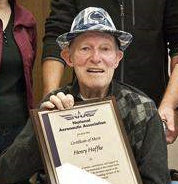 Just about everyone who reads Model Airplane News and is interested in RC model airplanes, specifically Golden Age scale, has heard of Henry “Mr. Gee Bee” Haffke. The editors at MAN have been working with our good friend, magazine contributor and flying buddy for many years, most recently with his newest article for his 1/3-scale Howard Ike “Miss Chevrolet” race plane.
Just about a year ago, Henry suffered a debilitating stroke and has been in rehab ever since. During this time we have spoken with Lee, Henry’s wife and learned that he is doing much better, but will not be returning home. Lee asked us to get the word out and to encourage anyone who wishes, to send Henry a card or letter. If you would like to send a card to cheer him up! His address is:
Henry Haffke, Rm. H203, 131 Lawrence Street, Saratoga Springs, NY 12866
Henry has been an active and well recognized RC scale model designer, builders, and for several years, an active scale competitor. He has published many construction articles in various RC magazines. Please be sure to help Henry and his wife Lee through this trying time with your support and friendship. We will keep everyone posted as we learn how things progress Thanks!
Recent online article about Henry Haffke By Paul Post, posted: 10/03/13, 8:37 AM EDT 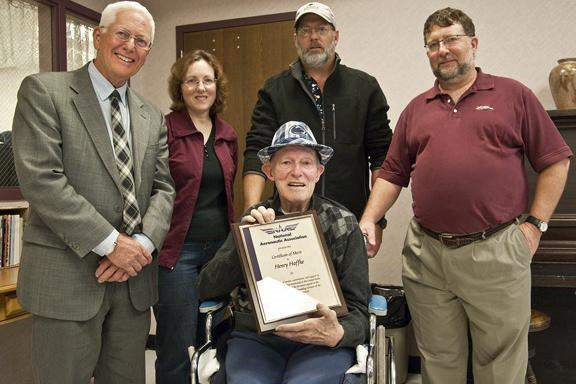