For many years, Model Airplane News used amazing artwork produced by Jo Katula on the magazine’s covers. Katula was a historical aviation expert as well as a draftsman and a very talented artist using various mediums. One of our most popular was a Douglas SBD Dive Bomber, that Jo painted using a famous wartime photograph taken in the South Pacific during WW II. The cover was used on the October 1959 issue of MAN. Here’s some photos of the artwork, cover and photograph. 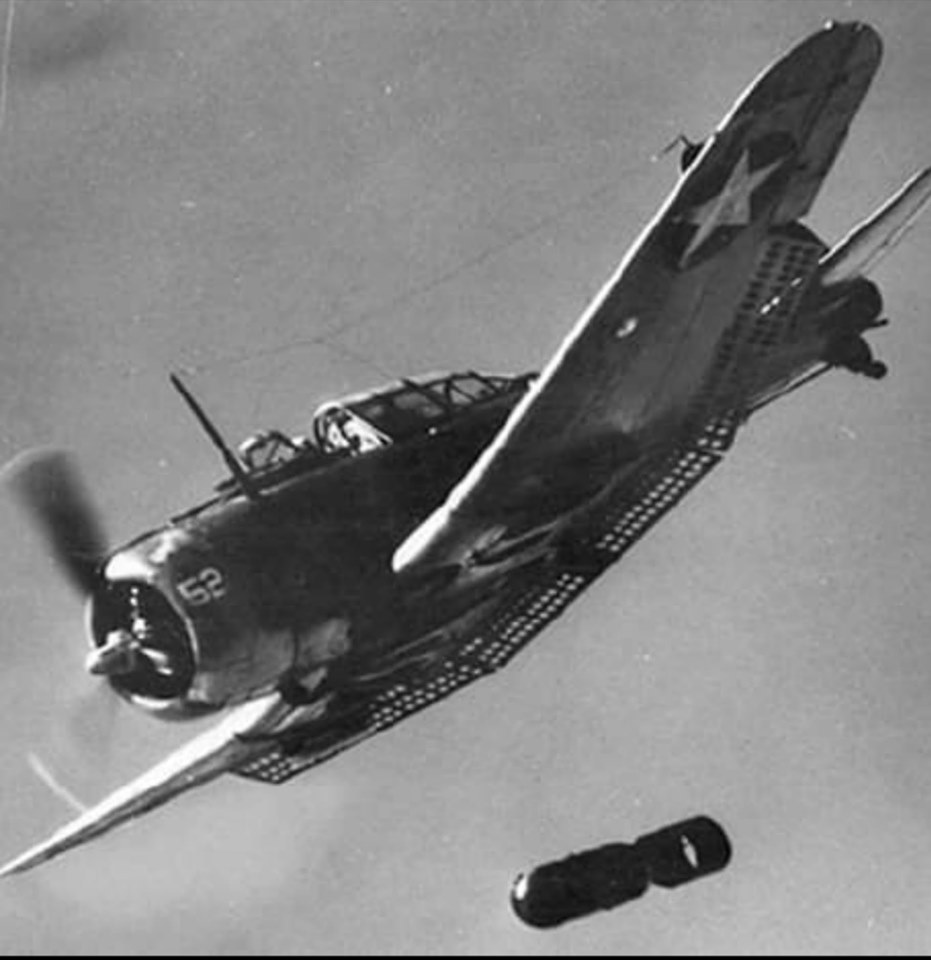 The black and white photo comes from the Air Age Media Archives, but there are several copies of the same photograph on the internet. 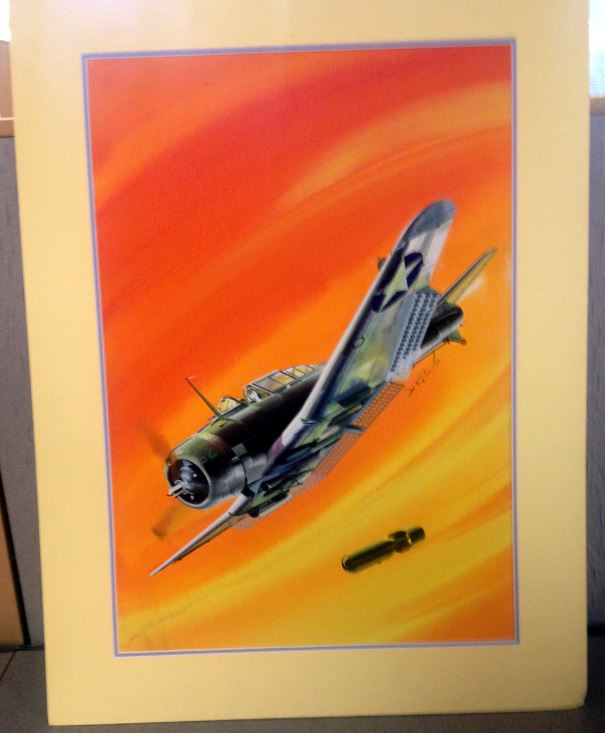 We still have the original artwork produced for the October 1959 issue of Model Airplane News cover.