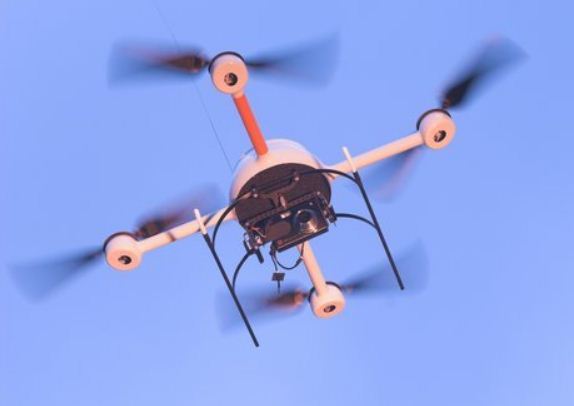 A Texas state representative has recently sponsored a bill that would make it a misdemeanor to take photos with an unmanned aircraft without the permission of the property owner. This excerpt from a PopSci.com article by Rebecca Boyle is an interesting read. What do you think about the legality — or illegality — of RC aircraft equipped with cameras?
On a hazy day last January, an unmanned aircraft enthusiast piloted his camera-equipped drone in the vicinity of a Dallas meatpacking plant, cruising around 400 feet in the air. To test his equipment, he took some photos of the Trinity River with a point-and-shoot camera mounted to his $75 foam airframe. When he retrieved the remote-controlled aircraft, he noticed something odd in the photos: A crimson stream, which appeared to be blood, leaking into a river tributary.

The pilot, whose name has not been released, notified Texas environmental authorities, who launched an investigation. On Dec. 26, a grand jury handed down several indictments against the owners of the Columbia Packing Company for dumping pig blood into a creek. They now face hefty fines and even prison time stemming from the water pollution, and the plant has since been shuttered.

Under a new law proposed in the Texas legislature, sponsored by a lawmaker from the Dallas suburbs, this type of activity could soon be criminal. Not the pollution–the drone. Texas House Bill 912–and similar laws under debate right now in Oregon and elsewhere–are driving a burgeoning debate about how to use and control unmanned air systems, from an AR.Drone to a quadcopter. The Federal Aviation Administration is in the process of drafting new rules governing unmanned aircraft in civilian airspace, including military-style aircraft. But in the meantime, plenty of cheap, easy-to-use aircraft are already popular among hobbyists and, increasingly, activists and law enforcement.

Texas state Rep. Lance Gooden, a Republican, is the sponsor of the latest bill. It’s unique because it criminalizes taking any data–photos, sound, temperature, even odor–of private property using an unmanned aircraft without the permission of the property owner.

Gooden said he doesn’t want to limit beneficial drone uses, from law enforcement pursuing criminal suspects to power companies checking downed lines. “But under no circumstances, ever, should people lose their right to privacy just because people want to take pictures,” he said.

While the FAA and state lawmakers continue to tackle the problem, drone operators and private landowners seem to have reached at least one possible solution. About two weeks after the bloody river discovery, an animal rights group flew a microdrone above private property in South Carolina, aiming to film what they said was a live pigeon shoot. The shoot never took place, but a low-caliber gunshot did take down the drone.

“I say go ahead and fly drones over private property, and those who own it are legally entitled, if they wish, to try to shoot down your drone,” he said, only half kidding. “Let the market decide.”

To read the full story on PopSci.com, click here.