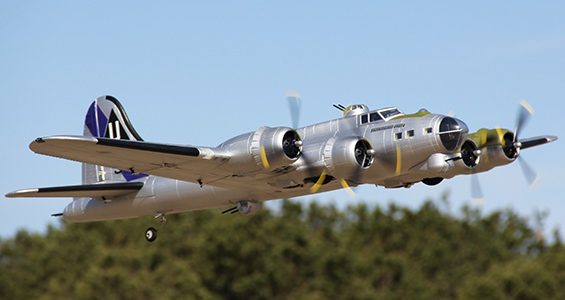 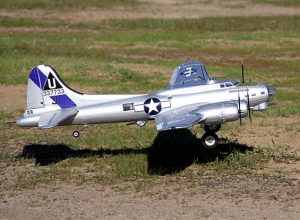 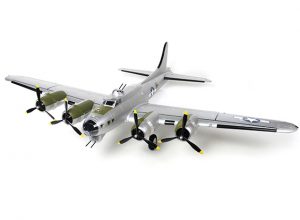 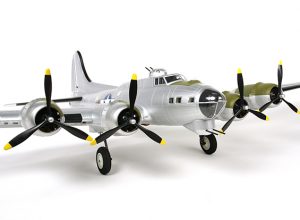 The B-17 Flying Fortress remains one of the most famous allied bombers of WW2.  Although it served in every theatre of the war, it was in the European Theatre of Operations (ETO) with the renowned 8th Air Force in particular, that this sturdy and well armed heavy bomber flew its way into the history books.

Building on the success of our original HobbyKing “Memphis Belle” model we have redesigned this huge 1875mm wingspan warbird and now bring to you the best flying and best looking rendition of this iconic heavy bomber available anywhere in this size.

Our fantastic model is simple and fast to assemble right out of the box with all of the servo’s and ESC’s pre-installed.  It is made from EPO foam, so it’s as tough as you would expect and as the one piece wing is removable, it is also very practical to transport.

The pre-fitted electric scale wheels retract forward like the real aircraft and are large enough to tackle almost any surface.  There is also plenty of power on tap from the four upgraded 900kv brushless motors. Counter-rotating props make zero torque, smooth take off’s, the order of the day and with pre-fitted split flaps, landings are also stress-free.

But it’s the attention to detail on this version that is impressive.  Panel lines have been reduced and two new accurate scale colour schemes are now available.  Olive drab/grey and overall silver. These two schemes represent the vast majority of B17’s that went into action and as an additional feature we’ve also included a choice of two 8th Air Force decal sets for each color scheme as well as an optional chin turret so that you can create either an early “F” or later “G” variant.

As a Flying Fortress our model also bristles with guns, with top and ball turrets as well as tail, nose and waist gun positions.  Dummy Pratt & Whitney engines are finished with three blade counter rotating scale props and hubs and finally, working navigation & landing lights add to the overall realism level of this impressive model.

Beneath the surface our B17 has been beefed up with additional wing bracing and of course she has been test flown extensively and it’s in the air that this model really comes into its own.

You will be struck at how easy it is to fly, almost like a powered glider at times and even though it’s more than capable of performing non-scale aerobatics including loops and rolls, it is at lower speeds that it looks every bit the heavy bomber.

With its impressive wingspan, low passes translate into a real presence in the air and the sound of those four props driving it forward just adds to the experience.

Our B17 is a scale pilot’s dream model. It’s a big airplane that looks great, flies beautifully and definitely has the “wow” factor that will have heads turning wherever and whenever you fly it. 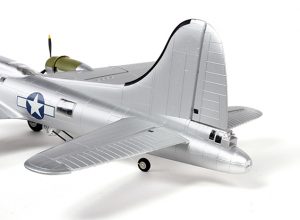 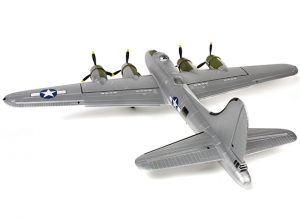 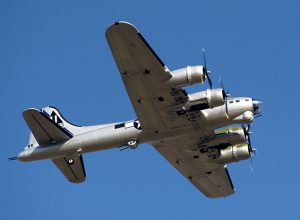 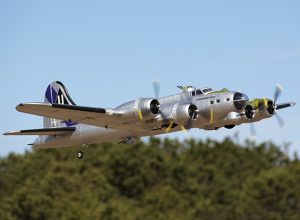 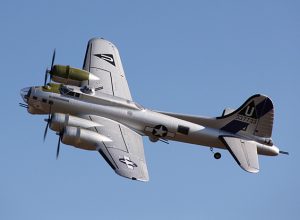