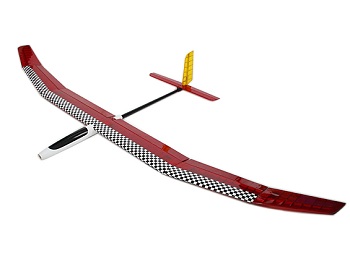 Bigger flies better!.. it’s the old adage. The HobbyKing Ather 3700 motor glider lives up to that with its light weight, and large wing span. A simple model great for lazy summer days cruising around under power or soaking up the thermals.

The Ather arrives as an almost ready to fly model, allowing you to customize it how you choose. Though it is a large model, the wing breaks down into 4 pieces, plus the tail parts bolt to the fuselage, meaning it will fit it all but the smallest of vehicles. The large volume fuselage pod gives plenty of space for battery and other equipment. Access is also ultra easy through the large carbon fiber canopy hatch. Large flaps slow the model down for feather light landings.

The large wing, along with a generous amount of wing dihedral makes the Ather 3700 ultra stable. This makes it relaxing to fly. If you have never flown a large model, the Ather is confidence inpiring, a great way to enter large model flying.