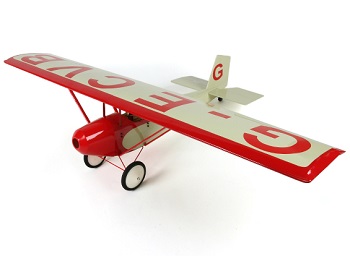 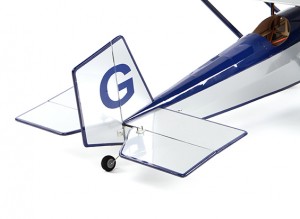 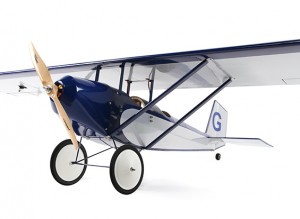 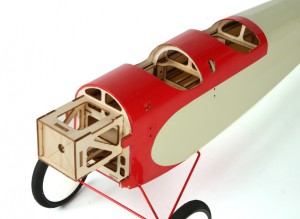 The Pietenpol Air Camper is one of aviation’s iconic home-built aircraft. In an era where barns became aircraft factories, Bernard H. Pietenpol intended his parasol design to be easy to build and fun to fly and the Air Camper was just that!

First flown in 1928 this classic airplane proved to be a great success and very popular amongst home aircraft builders.  Powered by the Model A Ford motor, it was available in kit form in the 1930’s with four main variants being produced.

Since the 1930’s the aircraft has continued to be built by enthusiasts from Pientenpols’s original plans, utilising more modern powerplants of coure but sticking to orginal construction methods. In fact it has grown so much in popularity that in 2015 the Pientenpol Aircraft Company annouced the release of this golden age aircraft in kit form again after more than 70 years!

Our sport scale model was created in the true spirit of Bernie Pietenpol, it too is easy to build and fun to fly.  Like the full size Air Camper, the airframe is of course all wood but we’ve given it an epoxy fiberglass cowl, aluminum wing mount struts, a wire landing gear and large scale wheels. It really looks every bit a true Pientenpol both on the ground and in the air!

As for the flying, you’re going to love it!  The large wing area and its light weight makes the Pietenpol Aircamper perfect for those lazy days at the field where flying low and slow is the order of the day.

This is a beautiful model of a classic airplane that is just a joy to fly.