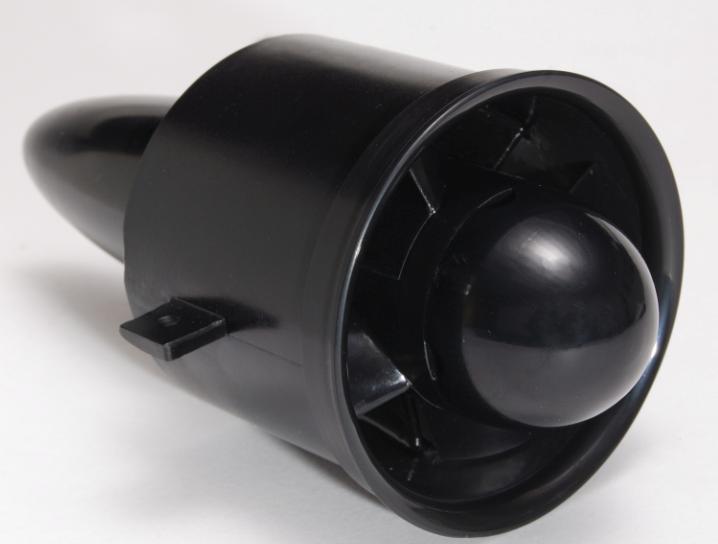 New innovative EDF fan is a dynamically balanced motor and fan in one that can produce up to 4.3 lbs. of thrust.

Chatsworth, CA, March 10, 2009: The Hoffman Magnetics, Inc. team has done it again! They are “Taking Innovation By Storm,” and introducing the world’s first Powered EDF integrated outrunner fan! The “Storm” series is comprised of new innovative Powered EDF fans that are actually dynamically balanced motors and fans in one with special cooling and structural features that are patent pending.

Hoffman Magnetics, Inc. is a team of engineers and staff that have designed and manufactured millions of some of the DC Brush, DC Brushless, Servo, and linear electrical motors and now devoted to bringing state-of-the-art technology utilized in Military/Aerospace manufacturing to the RC industry. Building on this success, they are expanding their product line to include this ground breaking new Powered EDF fan/motor product line.

The “Storm70 Powered EDF Series” includes two versions that can produce up to 4.3 lbs. of thrust on 3 to 5 cell Lipos. High temperature neodymium magnets are integrated into the replaceable rotor that can spin over 54,000 rpm. An included tail cone allows for ESC placement with plenty of cooling. Available now, the “Storm70 Powered EDF Series” is the first of this “Storm” series, which will include 90mm and larger integrated outrunner fans.

Additionally, within the next two months Hoffman Magnetics, Inc. is introducing 30 more outrunner motors geared to the RC industry. Hoffman Magnetics products are designed and assembled in Chatsworth, California, with both U.S. and imported parts. For more information please visit www.HoffmanMagnetics.com.