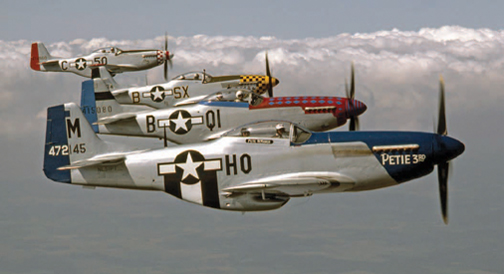 There’s one thing all scale warbird modelers need to know. How to paint proper warbird markings. If you are one of many RC modelers who has acquired an ARF model of an American warbird, the chance that its star-and-bar markings is correct is about one in 10. It’s sad but true. Among models built by usually careful modelers and displayed at meets, like the Toledo Show and Joe Nall, the situation is somewhat better, but incorrect markings still outnumber correct ones.

Getting the Stars and Bars Correct

What is it about the star-and-bar markings that make them so difficult to get right and so often to be done wrong? Judging by the wide variation of ways to goof it up, there are a number of reasons. To illustrate this point, at a recent Top Gun event, one of the static judges, Rich Uravitch, and I looked in amused amazement at one particular model where the star and bar appeared in six places and each one was wrong—and each in a different way. If we take a look at a correct marking and analyze its construction, we can see how easy it is to get wrong. In doing this analysis, it must be noted that, like anything military, the markings follow a strict formula, with variations from it being virtually nonexistent.

On the positive side, the formula is extremely simple because all the dimensions are based on one measurement only: the radius of the circle enclosing the star. So let’s get started.

Draw a circle with a known radius. This dimension is referred to as “R.”

Inside the circle, draw a regular five-point star. (Note: The top point faces straight up on the side of the fuselage and forward on the wings.)

From the shoulders of the star, draw horizontal lines outward the same length as R.

Skyraiders with correct post-WW II markings with the red stripe.

After learning how the U.S. aircraft insignia should look, it is also important to get the colors right. The FS (Federal Standard) 595a color reference guide identifies the colors to use as follows:

Special note: During World War II, Insignia White was often applied as a mix of 13 parts white to one part black. This was due to straight white being too bright and conflicting with the need for camouflage.

Incorrect
Obviously, the bars here are too long.

Correct
This is how it should be on a Grumman Cougar.

Note that the correct figure is not symmetrical about the horizontal centerline (see Step 4). This is the most common error and probably accounts for most of the mistakes because it is wrongly assumed that the figure is symmetrical.

Bars do not touch the star but, instead, follow the overall outline. Other mistakes can include an outline that’s too thick or, more often, too thin (or worse: varying the width!) as well as variations in the length of the bars. As indicated earlier, there are a host of ways to goof up the star and bar but only one way to have it right.

It’s easy to correct a mismarked model simply by putting a correct marking over an incorrect one. This might not be worth the trouble for a foamie, but it will help your score on a competition-scale entry. One interesting side note to this discussion is that the International Plastic Modellers’ Society (the plastic-kit modelers’ organization) never got it wrong. We surely can’t let plastic modelers outshine us!