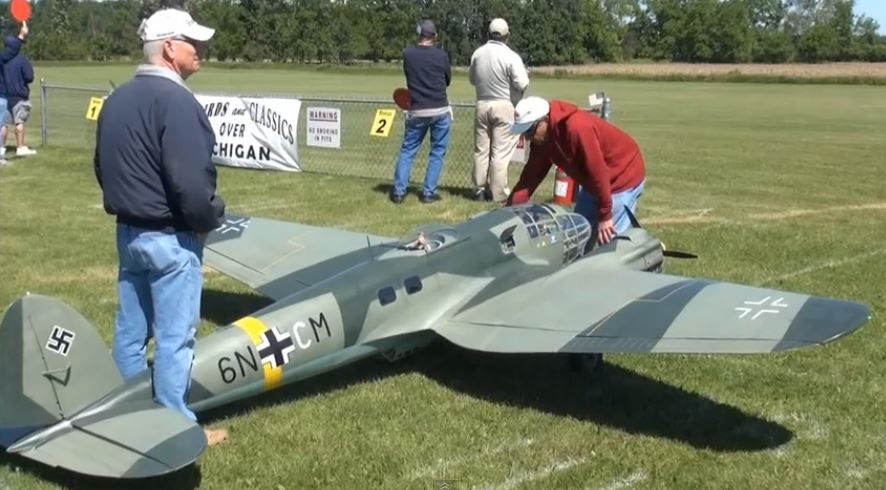 Carl Bachhuber is a master when it comes to building really big, nicely detailed, and seldom-modeled RC planes, and his latest is no exception! The third Heinkel he has built in the last 20 year, this one is the biggest 1/5 scale. The 178-inch plane and is powered by two Desert Aircraft 60cc gas engines, and the main gear and retracting tailwheel were built by Carl’s friend Bob Walker of Robart fame. Carl says, “The plane weighs just over 100 pounds, 17 pounds of which is nose weight. Servos are all Hitec, radio is Futaba 12-channel FG. The He-111 is a a really nice flying twin as the wing is exceptionally thick and wide, and the engines are close together.” Thanks to NJ Hunt for taking this great video and sharing with us!