When it comes to scale RC modelers, especially WW I fanatics, one thing is for sure, they always find a way to use what they have and turn it into something extra special. So the story goes with our good friend and MAN contributor Sal Calvagna and his newly test flown hybrid 1/3-scale Fokker Dr.I Triplane. 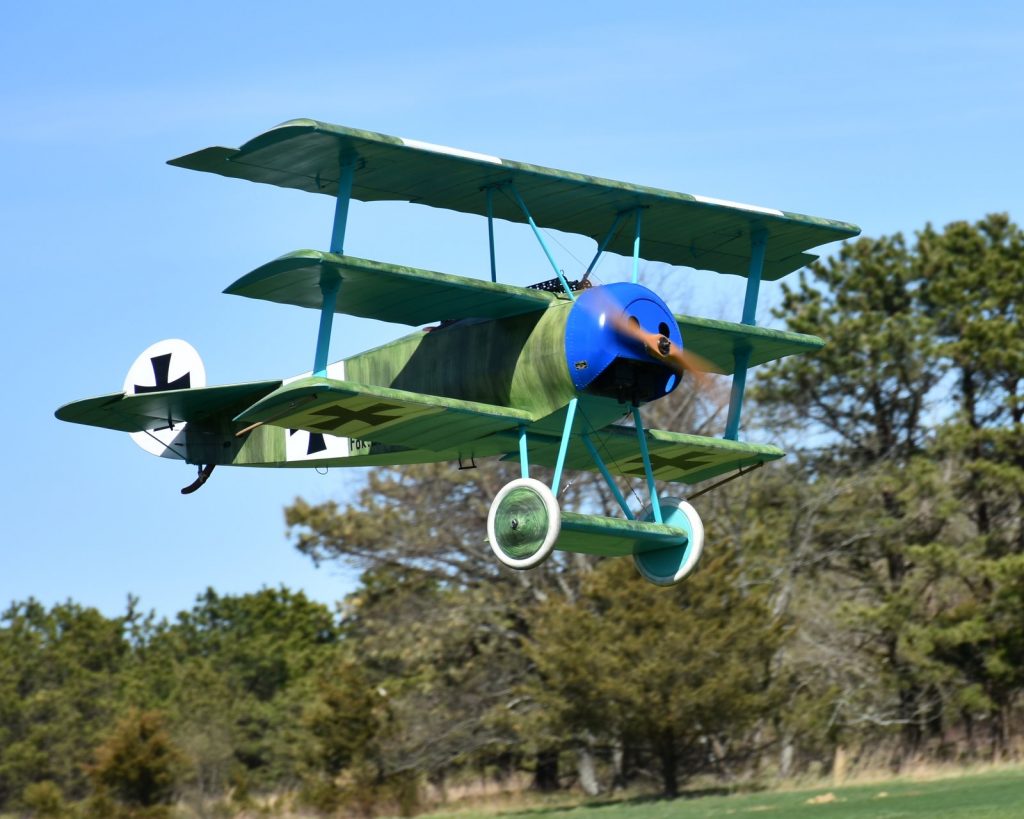 Sal had acquired a partially started 1/3 Fokker triplane project built from Ron Weiss Plans, (available from Ziroli Giant Scale Plans). The tail feathers were framed up as was most of the bottom wing, and a little more than half of the fuselage. The Ron Weiss Fokker wings are pretty much built just like the full-size aircraft incorporating beefy full length box spars made up from four plywood pieces. To simplify his construction project, and since he has so much experience building Balsa USA WW1 models, Sal decided to cut out the two upper wing parts using Balsa USA plans, while keeping the ribs the same shape as the Weiss designed wing. Sal say he just sort of blended the two similar model designs together. 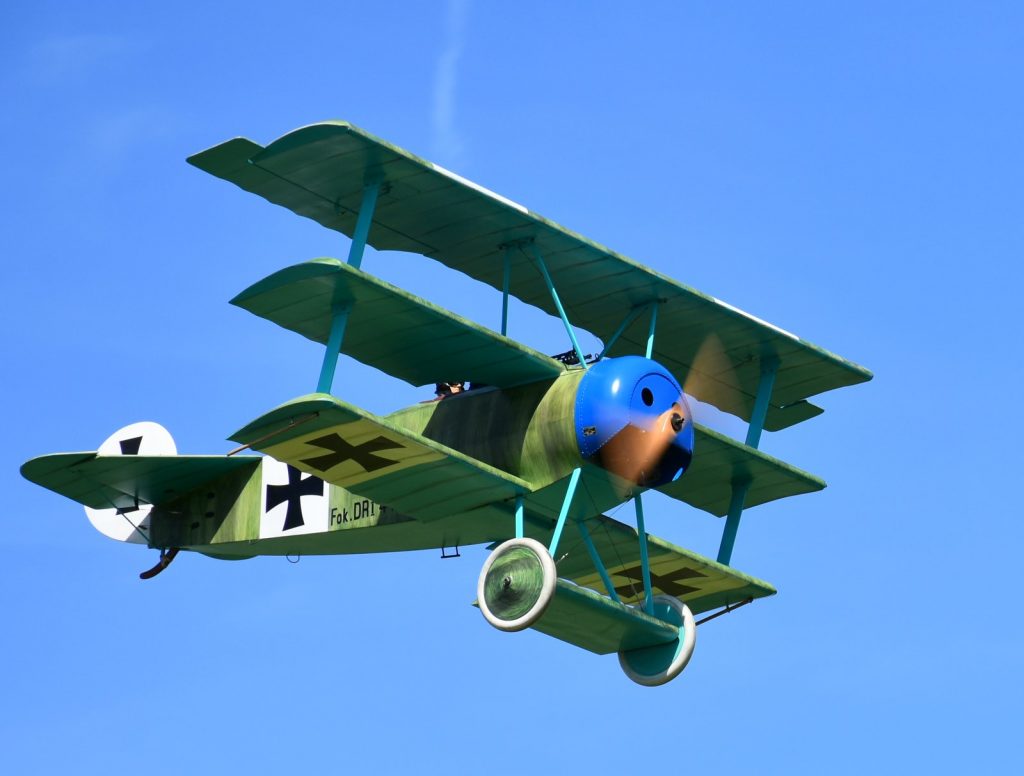 And to top it all off, he added a great looking aluminum engine cowl from Glenn Torrance Models. Sal’s hybrid Triplane is powered with a Zenoah GT-80 (80cc twin-cylinder) gas engine swinging a Falcon 26×8 prop. For added excitement,sal installed a Sullivan Skywriter smoke system and modified the stock mufflers converting them for smoke. The Triplane is covered with Oratex and painted with latex. The insignia are all Krylon paint using masks from Red5Designs.com. 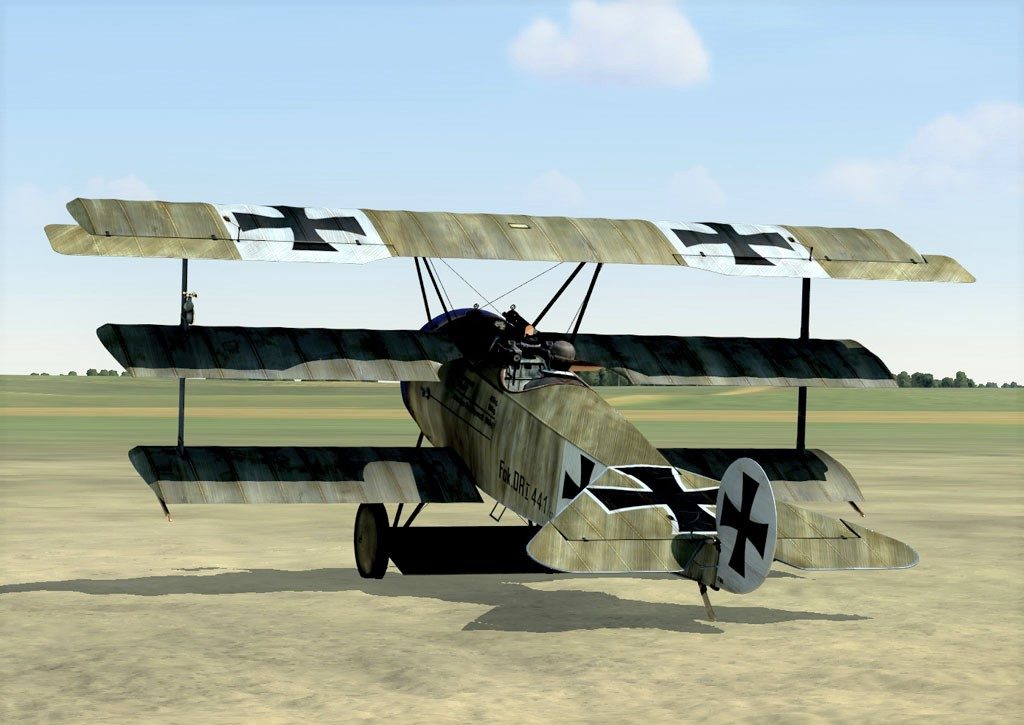 As with most of his RC airplanes, Sal wanted to find a color scheme that was slightly different for his big Fokker Triplane. So he searched the internet and found some wonderful artist drawings of the triplane (Dr.1 441/17),  flown my Lt. Heinrich Bongartz, the commander of Jasta 36. A recipient of the Pour le Merite, (the Blue Max), Bongartz was wounded five times before his days of being a combat pilot ended. On 29 April 1918, he was shot down by an S.E.5a pilot, Clive Glynn. Despite a terrible facial wound which resulted in the loss of his left eye, Bongartz safely landed his Fokker DR.I. Bongartz survived the war and had 33 aerial victories credited to him.