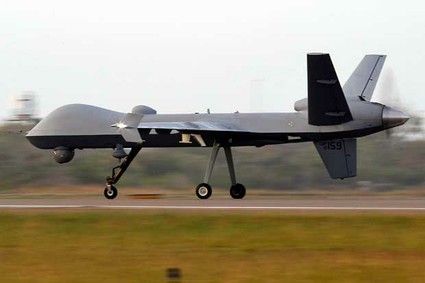 Here I thought it was much cheaper to use drones but it looks like it is not. Only slightly cheaper, but hey, still cheaper 🙂  I found this in the U.S. News & World Report

ilitary drones are only slightly cheaper than manned warplanes, and data indicates the remotely piloted aircraft also are more prone to mishaps, a new report says.

The Pentagon has since the onset of the post-9/11 Iraq and Afghanistan wars substantially ramped up its use of drone aircraft. Recently, Obama administration officials have acknowledged a U.S. drone mission in Yemen, the newest major front in the struggle against al Qaeda.

The unmanned combat planes offer in-conflict advantages like the ability to loiter over or monitor a target for longer periods of time than a manned plane can. They also are cheaper to buy and operate, a fact often lauded by defense officials and industry executives.

But a new report released this week by the American Security Project, or ASP, concludes that most military drones are only “generally slightly cheaper to both acquire and operate than conventional fighter jets.”

Despite claims to the contrary, unmanned planes require a large crew: There is one remote pilot, another remote crew member to operate the valuable cameras mounted on many, and “because a drone is not operated individually, but as part ofa system consisting ofseveral aircraft, sensors, ground control, and satellite linkages, the number of personnel needed to operate a Predator Combat Air Patrol (CAP) is estimated to exceed 80 people,” states the report. It refers to the Predator unmanned plane that has been used in Afghanistan, Iraq, Pakistan, and allegedly in Yemen. The number of crew members needed to operate other drone fleets composed of four aircraft can approach 130, ASP concludes.

In a blow to drone proponents, the report concludes they have a “greater tendency toward mishaps” than piloted warplanes.