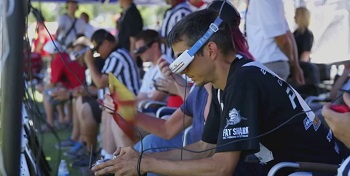 The International Drone Racing Association (IDRA), the leading global organization in first-person-view drone racing, announced today it has signed a multi-year, international media distribution deal with ESPN, bringing the new sport of drone racing to the worldwide leader in sports.

Drone racing is currently seeing an unprecedented rise in popularity and is poised to become the next behemoth racing sport alongside NASCAR and Formula 1.

“Drone racing gives anyone the ability to fly like a superhero,” says Dr. Scot Refsland, Chairman of the IDRA. “Because everyone can experience the thrill of racing as if they were sitting in the drone cockpit, the sport is skyrocketing. To go from a first ever, US national drone race to partnering with ESPN for international distribution in eight months is truly a sign of great things ahead.”

The first IDRA event to be showcased by ESPN, the 2016 U.S. National Drone Racing Championships, will crown the coveted title of fastest drone pilot in the United States. The race will be held on Governors Island, New York City, August 5th-7th, offering jaw-dropping views of both lower Manhattan and the Statue of Liberty. The U.S. National Drone Racing Championships will have an enjoyable summer festival atmosphere that racing fans appreciate—family entertainment, a ‘makers’ style drone racing area for kids, state-of-the-art technology, food, drink, and drone vendors.

“We look forward to providing drone racing fans a larger platform to access this exciting world,” said Matthew Volk, ESPN Director, Programming & Acquisitions. “Drone racing is an opportunity to reach and connect with a growing and passionate audience.”

IDRA is represented by its partner Generate LA, which will be producing the content for ESPN.

In drone racing, contestants fly small, multi-propeller aircraft, also known as drones, at high speeds around a racecourse to determine the winner. Pilots experience the exhilarating sensation of being in the aircraft by watching live video from a camera mounted on the front of the aircraft delivered to goggles over the competitors’ eyes. Spectators can also enjoy the ‘first person view’ sensation of racing in the drone by watching directly on their own goggles, online, on television, or live by attending racing events. 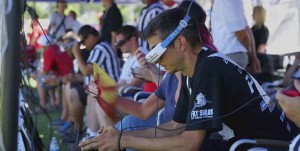 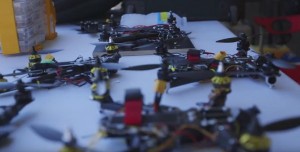