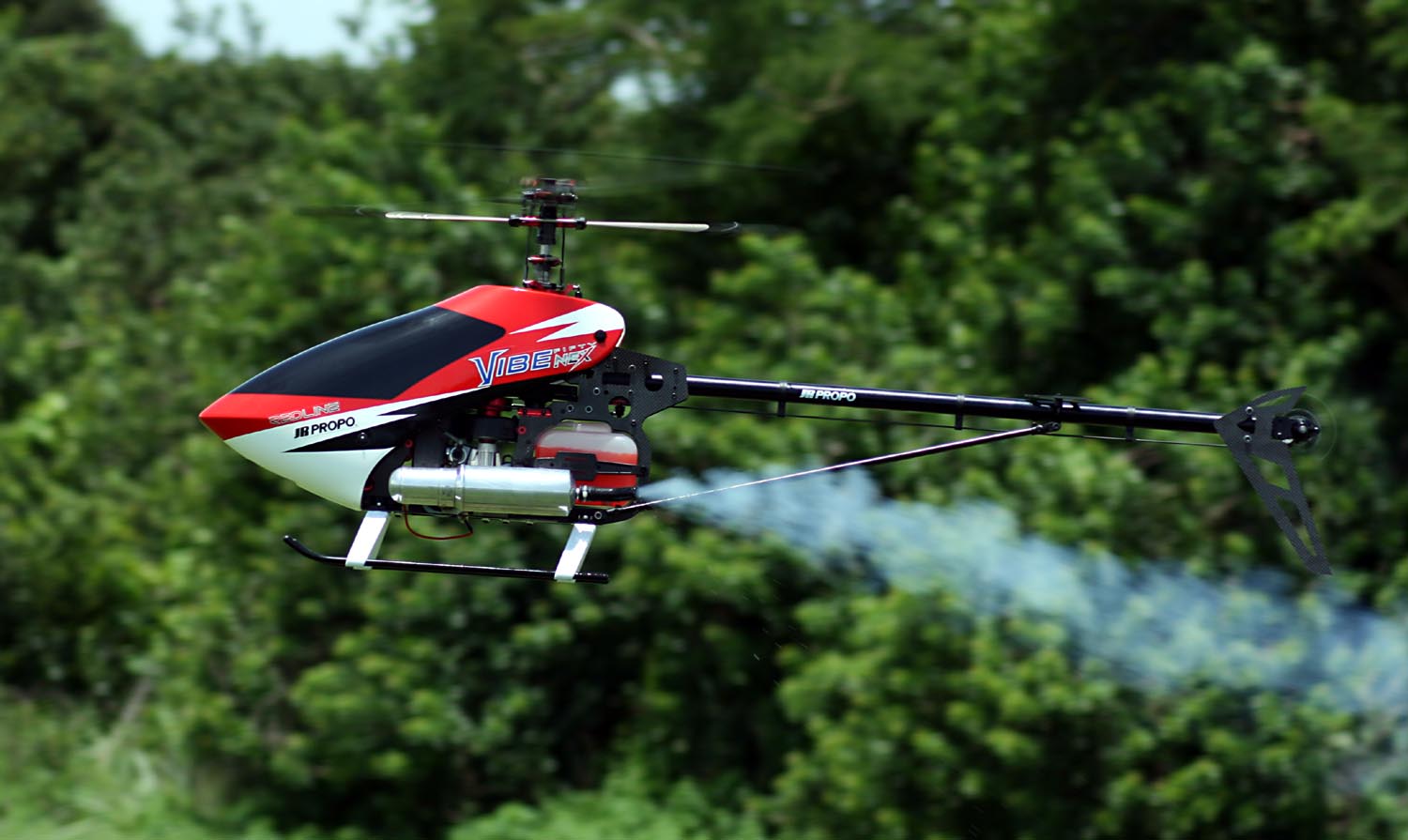 Using the same setup with an expert pilot, and again the wind gust causes the nose to drop slightly, the difference here is that he immediately notices the change in attitude of the helicopter and makes an aft cyclic correction before the helicopter ever has a chance to move. And this is the key – a correction before the helicopter has a chance to move. Since he has practiced hovering, and is familiar with the feel of his helicopter and radio, he also knows just how much of a correction to make to get the nose back to level without over controlling. Notice in this case that only one cyclic correction was required.  Therefore, not only did the helicopter never leave its original position, but less control effort was required by the expert pilot. And, if you were to watch the control sticks of the pilot, they would appear to be stationary, with the helicopter in a complete hover, because the corrections are so small and timely.