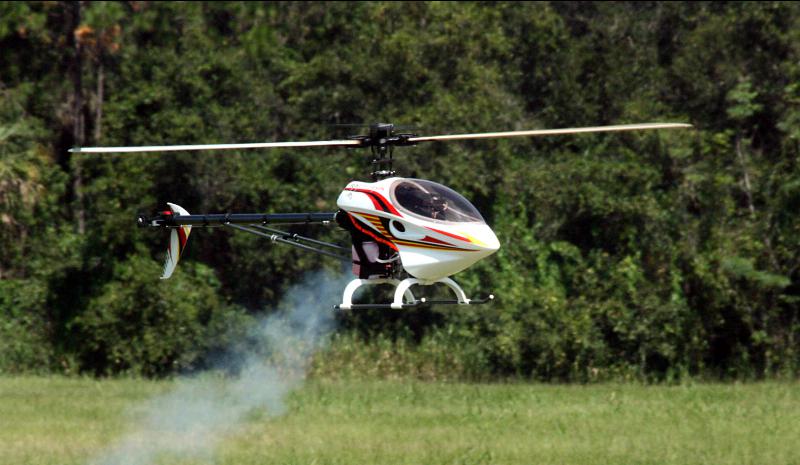 The final area to improve your hovering is to make corrections immediately when you see a need for them, which will require a control correction by you before the helicopter ever moves out of the desired hover position. As an example, to transition from a hover to forward flight the nose of the helicopter must be lowered, but it appears the helicopter almost hangs in space for a second, and then accelerates forward. The reason the helicopter remains stationary for a second is because your eye immediately notices the nose down movement, but the horizontal portion of the lift vector is small and takes time to move the helicopter. Now imagine the helicopter in a hover again and the nose drops forward slightly. With good overall awareness the pilot will realize this is happening almost immediately, and it is then, before the helicopter ever moves, that an aft cyclic correction must be made. With a little practice these corrections will become second nature, but will always require a great deal of concentration. This need to concentrate is why I do not like anyone near me, nevertheless talking to me, while I am flying.
But I wouldn’t recommend you try all these techniques at once. First concentrate on being relaxed while controlling the helicopter, and this in itself may take a little practice to really get comfortable. Then start to look for the “big picture”, or the ability to have a feeling for what the entire helicopter is doing rather than just staring at the nose. And finally, and this is where the concentration really comes in, try to make needed corrections quicker and quicker as you see the need for them, but without over correcting or being erratic on the sticks.
Whether you are a novice to our hobby, or a more experience pilot trying to improve your hovering to the next level, I’m sure practicing these techniques will bring added satisfaction to your flying.