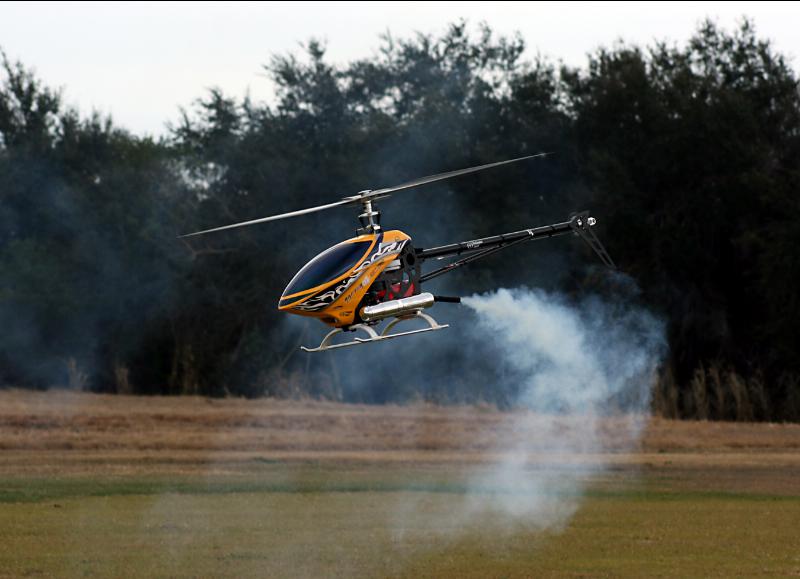 It may seem the expert pilots are so good because of all their practice, and that level of proficiency can only be reached after many months, if not years, of practice. Part of this is true in that good hovering does require practice, but it’s also important to understand how to practice. Certainly your customers have to know their equipment and get a feel for the helicopter and the control movements required to produce a certain change in the attitude of the helicopter, but there are also other techniques that can help.
First of all be relaxed while flying. It’s true helicopters require a great deal of concentration, but that doesn’t mean we have to tense up. In fact a person may not even know he is getting tense, so having a friend watch can provide some good feedback. The most common tendency is to lean in the direction the helicopter is to move, or to tilt the transmitter, or point the antenna, in that direction. I’ve talked to people who had been doing this and they were completely unaware of it, and insisted they were not tense. So while hovering make it a point to stand straight, relax, breathe normally, and gently, but firmly, hold the transmitter in a comfortable position. You may also want to recommend hovering with two fingers on each control stick for better feel.
The next step is to see more than just the helicopter. While hovering we certainly want to look at the nose, in the vicinity of the imaginary pilots head, but it’s also important to be aware of the overall attitude of the helicopter. If training gear are used they are very helpful in determining the level hover attitude. Otherwise the rotor disk and skids can be used as good hover indicators, especially in the lateral axis. The rotor disk will not be quite parallel to the ground because of the offset required to counter the tail rotor thrust, but the slight bank as a normal hover indication.
Normally fore/aft cyclic commands are more difficult to make than right/left commands, so recommend reducing the fore/aft cyclic sensitivity in relation to the lateral cyclic sensitivity. The tail boom is a good indicator of a proper hover position in the pitch axis and because it’s so long it only takes a very slight vertical movement in the tail to indicate that a correction is required.