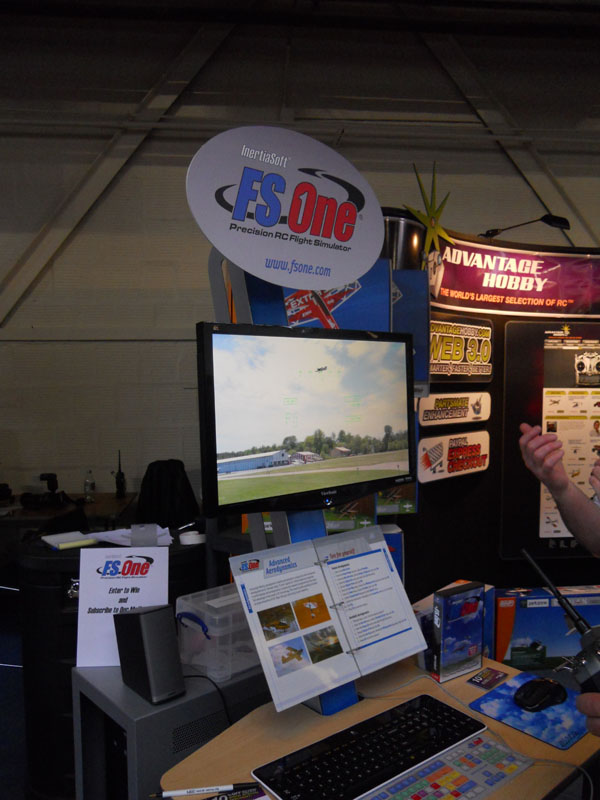 Many fans of the old FS One Fight Sim will be happy to know it has been relaunched in a Version 2 format that has a high resolution interface. Shown for the first time at the Hobbico E-Fest 2011 indoor fly in, the new FS One flight sim features superior aerodynamics and flight dynamics, aircraft and helicopter training by world class RC pilots, a Scaling Wizard and Aircraft Editor, state of the art graphics, free downloadable aircraft and the ability for you to use your own transmitter using the included USB transmitter interface that has four times higher stick tracking resolution. For those who already purchased the older version, there will be a upgrade rebates offered.

For more information go to www.fsone.com