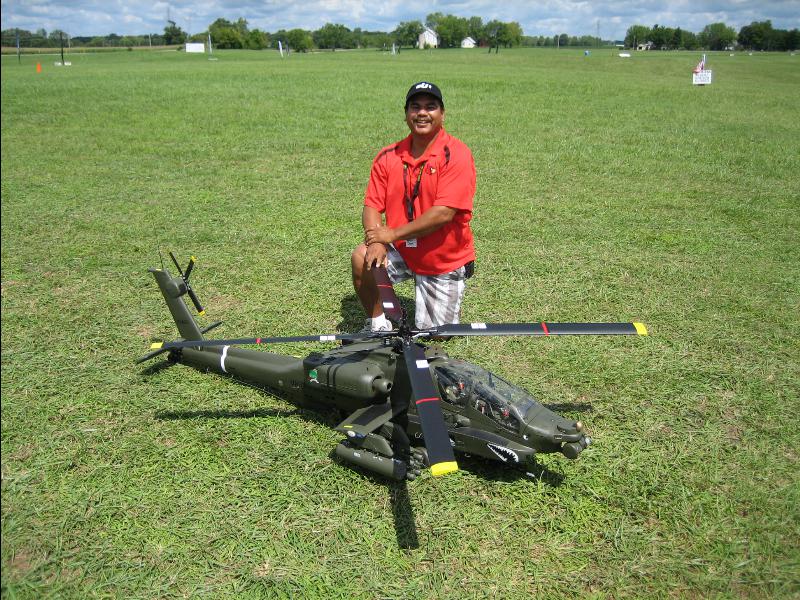 Look at the smile on that face. This is Wayne Mason of Radcliff, Ky with his ultra life-like AH-64 Apache in 1/7th scale. This helicopter is 7 1/2 feet long and weighs 32 pounds, and is more scale and tricked out than the real one. Each pilot salutes and moves his head in sync with the gun mounted under the nose. There head also moves in sync with the front mounted TADS (Target Acquisition Designator Sight) camera that can be data linked to his computer for real-time video. With a workable flying stab, a complete lighting system to include turbine exhaust and a GPS system is installed for autonomous flight. After Wayne remove the cockpit canopy so I could look inside I don’t think there is any room to add even the smallest system. How he got all this capability in one helicopter is beyond me. 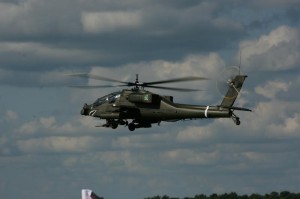 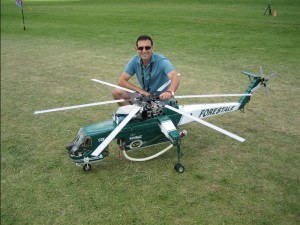 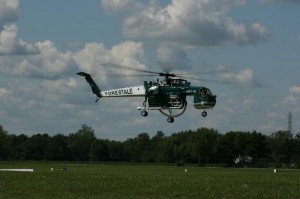 This is Joel Rosenzweig from Marlborough, NH with his Erickson Air Crane – S64F. This monster weights in at 40 pounds, has a 6 blade rotor head and 4 blade tail rotor, and uses 4 – 5s 5,000 mah battery packs which gives it a 9 minute flight time at 950 rpm of the main rotor blades. Both of these helicopters are a tremendous work of love and you can see how happy both pilots are to show off their pride and joy. Well done guys.