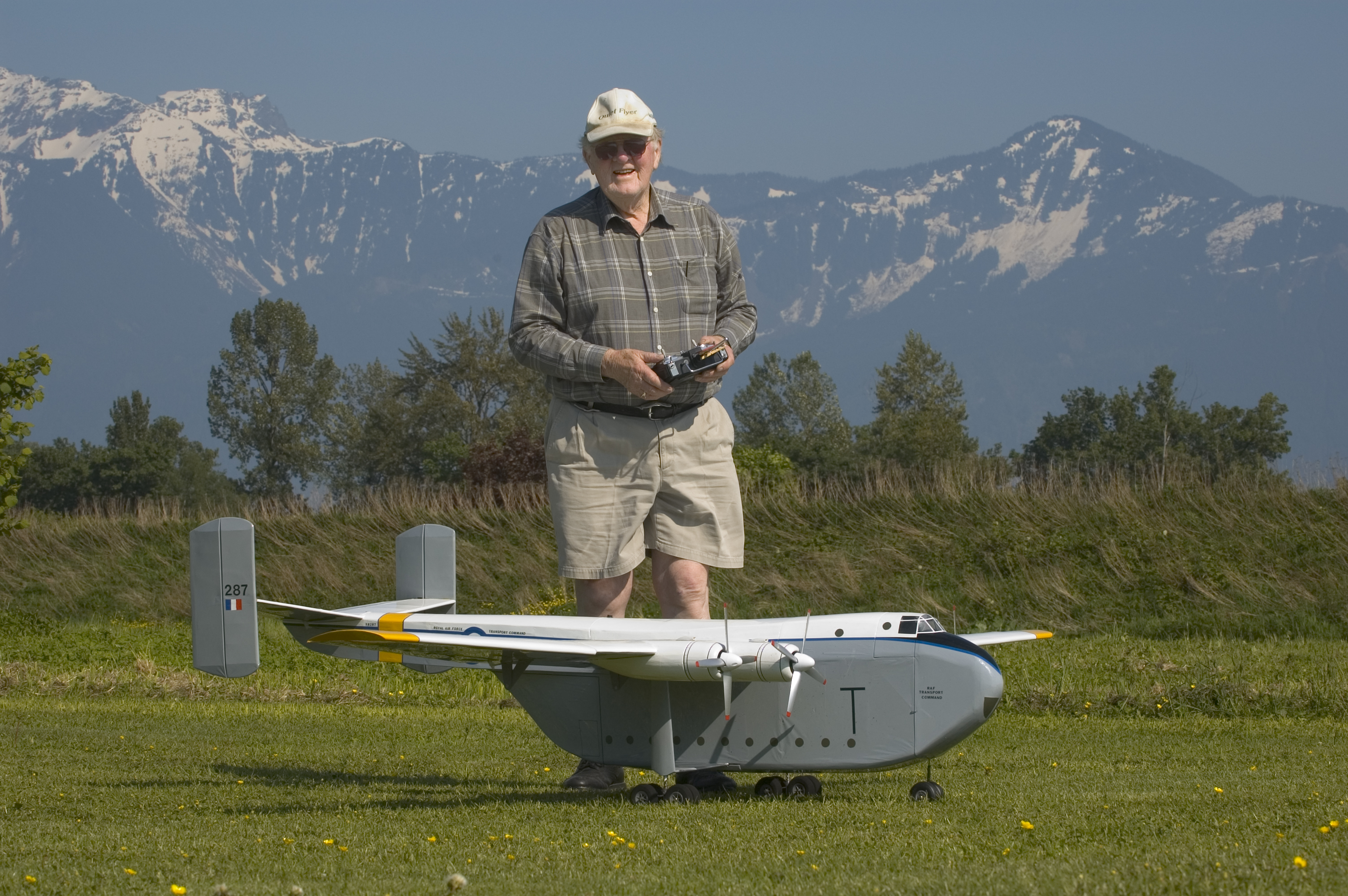 Poet William Blake said, “Great things are done when men and mountains meet.” In the misty foothills of Chilliwack, BC, there lives such a man. Humble and unassuming, Ivan Pettigrew has become a legend of the electric RC community and a MAAC Hall of Fame inductee. His spectacular subjects and straightforward design philosophy have spawned tribute threads on the Internet and an organization in England dedicated to his models.

Ivan was born in 1930 in Timaru, New Zealand, which he jokes, “May as well be Timbuktu.” Like many modelers from this generation, he became infatuated with model airplanes. Ivan’s father, whom he refers to as a “professional tinkerer,” allowed him to set up a workspace under the stairs for building models—and build he did! Free-flight, rubber-powered models were the most prevalent designs until WW II made rubber for motors scarce. Being the resourceful son of a tinkerer, Ivan simply turned to towline gliders. Pettigrew’s model building was interrupted by education while he achieved his teaching degree and pilot’s license, but the love of model airplanes never left. In 1956, Ivan embarked on a journey that took him from New Zealand to England to Toronto, where he landed a teaching job with the goal of saving enough money to return to New Zealand. Plans changed after Ivan met and married his Canadian wife and he never did return to live in his native country. In 1964, the

Pettigrew family moved to Bolivia, where Ivan took a position as the principal of an international mission school. While in Bolivia, the inventive Pettigrew got involved in RC, teaching himself to fly with homemade radio gear and a plane built with balsa that he harvested himself. It was fueled by homemade fuel he had mixed using methanol used to fuel Douglass DC-6s. In the rarified air of the Bolivian mountains, models had to be built light to be flyable at all. In 1979, the Pettigrews returned to Canada and settled in Chilliwack, where Ivan took a position as an instructor in the aviation program at Trinity Western University, a position he held until he retired in 1991. During the early 90s, Ivan’s son-in-law began flying an electric-powered Goldberg Electra and Pettigrew became intrigued by the principles of electric flight. The skills of building light free-flight model airplanes, the love of flying, the creativity and skill to design, and the eventual exposure to electric flight culminated in Pettigrew’s current modeling prowess. “I believe in the KISS principle [keep it simple] and the KIL principle [keep it light; weight kills),” says Ivan. “I don’t aim to design scale models that will win static awards. My preference is to see them flying in a slow, scale-like manner, so that in the air they look like they could be the real thing.” Realism is the trait that all of Ivan’s models carry. They are built with sound, clever design that allows them to fly well with a fraction of the power many present models use. Ivan’s designs employ efficient airfoils that fly well at low speed and are built with the free-flight philosophy: “When in doubt, leave it out.” Also impressive about Ivan’s planes is their ability to perform so well with the “old” technology of brushed motors and Ni-Cd batteries in lieu of newer brushless motors and LiPo batteries. Pettigrew embraces the moniker placed on him by the local modelers who refer to him as, “Low-Tech Ivan.” The apparent dig for not using “new” technology can also be interpreted as that good design beats raw power in as far as scale electrics are concerned. Those not familiar with Ivan’s designs might assume they are frail due to their lightweight and meager power systems, but most are actually quite aerobatic. One view of Ivan flying his 99-inch-span Short Solent through loops, wingovers, rolls and spins will put any doubts to rest. The fly-ability of Ivan’s planes has made his designs contagious. There is even an organization in England that refers to themselves as BIMBO, the British Ivan Modellers Building Organization. Ivan sells his plans on ivansplans.com, which lists 26 spectacular flight-proven designs. Perhaps part of the reason that Ivan has gained his present fame is because of the good karma he has brought to our hobby. His humor complements his jovial nature and the consummate teacher is always willing to share his knowledge. He designs excellent airplanes to boot! Ivan is a true ambassador of the joy of model building, where light is right and nothing else will do. As Internet moderator Luke Middleton states, “[Ivan’s] philosophy is sorely needed in these days of overweight, cheap, and character-less ARF models.” Ivan’s nature as a curious tinkerer together with the nurturing of his love of model aviation through the events of his life has created a man whose creations are truly magical. In his gentle, humble wisdom, Ivan’s advice to modeling’s next generation is, “Do it for the love of the hobby.”