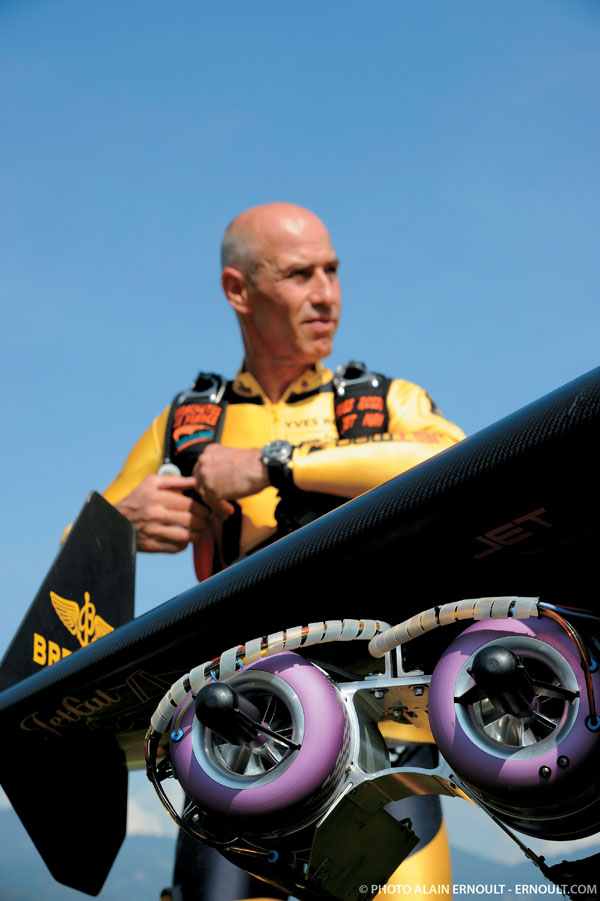 By now, most everyone has heard of Yves Rossy, or at least his more famous label “Jetman”. Yyes has made many impressive flights including through the Alps, into and across the Grand Canyon and across the English Channel, all without the use of an airplane.

He’s made all his exciting flights strapped to a jet-powered wing of his own design. Yves’ creation allows him to fly free from any type of control system. His head, shoulders, arms and legs act like the rudder, elevator and ailerons. It’s amazing to listen as Rossy share his experience and thrill of flying without an aircraft. 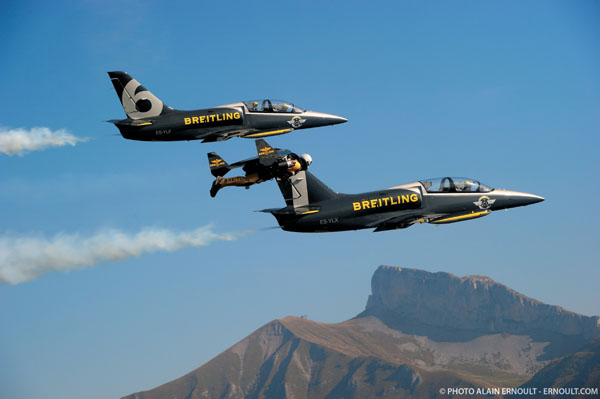 How did this all start?

Yves Rossy: For several decades, I has wanted to fly like a bird, with a minimum of instruments but with the ability to steer myself. I was skydiving and I discovered “free falling,” where you tuck into a position and feel like you are flying. This is as close to the dream as possible except you go straight down. I wanted to move the vector to horizontal. After experimenting with sky surfers (1993-1998), a wing suit and an inflatable wing (1999-2003), I had the idea to power a wing using model aircraft jet engines. I took many small steps until you see what I have now. 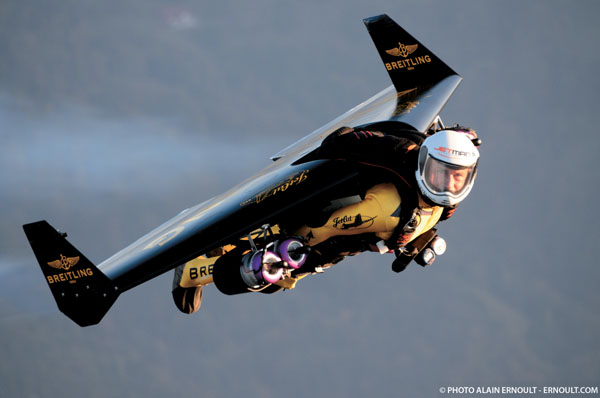 Tell us about your wing.

My system consists of a back pack with semi-rigid aeroplane-type carbon-fiber wings. It has a span of about 2.4 meters (7.9 ft) and it is powered by four JetCat P200 turbine jet engines modified from large model aircraft. The first successful flight occurred in November 2006. The JetCat P200 engines each produce about 22 kilograms (48.5 pounds) of thrust and feature automatic start (25 second sequence). The entire system weight 121.25 pounds (with 30 liter fuel.) The engines run on a mix of kerosene and 5% of turbine oil for lubrication. For instruments I have an altimeter and a clock so I can keep track of fuel amount. I can fly under power for 8 to 10 minutes.

There is no control surfaces at all. To maneuver I arch my back to go up and push my shoulders and head forward to go down. I use my entire body and have to make quick adjustments to react very quickly to things. I can continue to fly on two engines but if I lose engines on one side, it produces a roll. 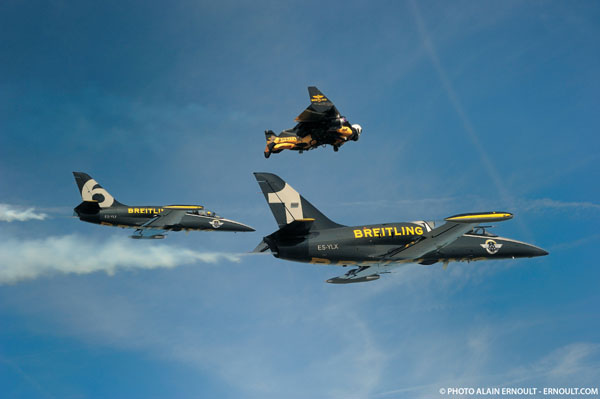 I have a main and reserve parachute and a quick release harness to separate myself from the wing. When I pull the release ring, it also automatically shuts off the engines and deploys the wing’s rescue chute.