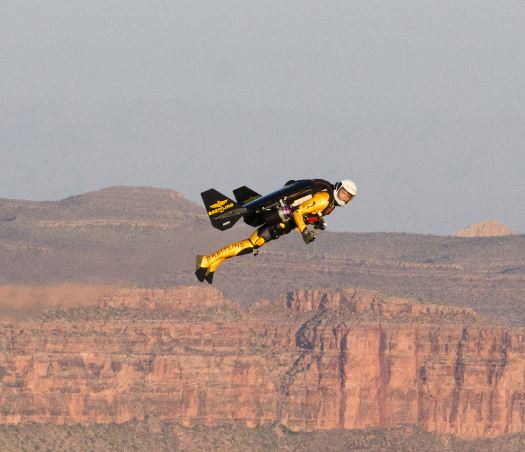 File this one under “crazy”! This weekend, Breitling’s “Jetman” Yves Rossy completed a historic flight through Grand Canyon West. He was launched from a helicopter at 8,000 feet and, using the jet-propelled wing attached to his back and steering using only his body movements, he flew for more than 8 minutes through the canyon, reaching speeds of up to 190mph! To end the flight, Rossy deployed his parachute and descended to the canyon floor. Now that’s an adrenaline rush!