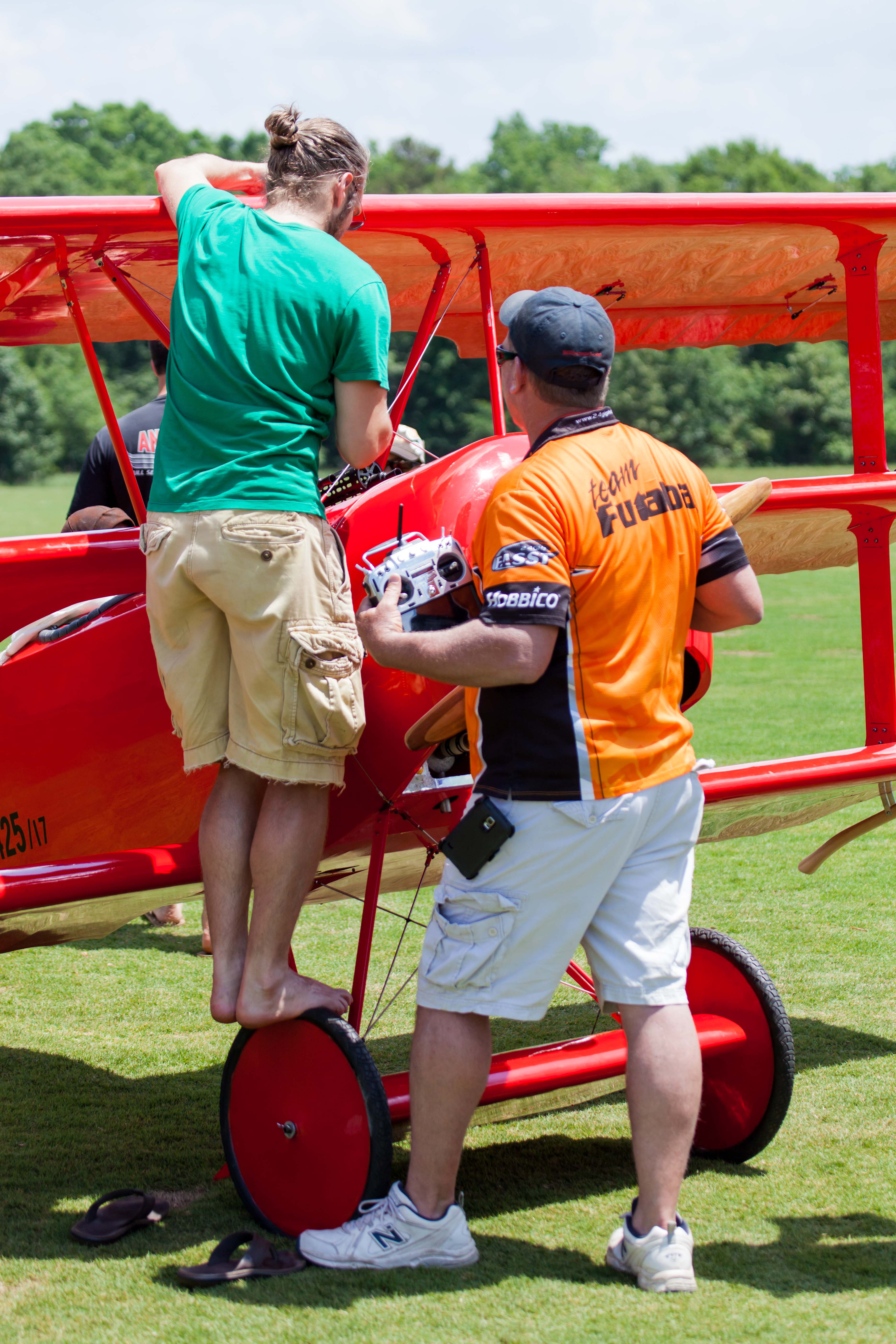 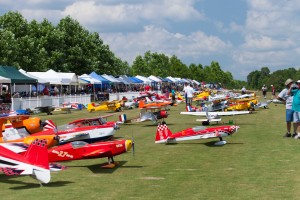 With 1,414 registered pilots already in attendance, the Joe Nall Fly-in has broken its 2013 record by 168 pilots and it’s only Wednesday!  With even better facilities than last year (which hardly seems possible), the Triple Tree Aerodrome has ample room for all in attendance.

In a crowd this large, it’s hard to stand out, but a few aircraft seem to be drawing some well deserved attention, both on the ground and in the air.  Model Airplane News will highlight several of these beauties over the next few days.

For starters, a plane built by Karl Gross of Burlington, Ontario was receiving lots of comments.  Karl’s Cessna AT-17 or T-50, more affectionately known as the Bamboo Bomber was carefully scratch-built from his own design, and very skillfully flown.  This 14ft twin came in at 52 lbs, but was pulled through the air with authority with two Moki 150cc engines.  The sound of these two radials purring in sync was music to the ears.  Karl’s construction techniques included cutting and sheeting foam core wings, and finishing the model with Super Coverite coated with auto base coat and clear coat.  Karl also mentioned that the landing gear were his own design and creation.  So far, the model has around 10 flights, but Karl throws it around like he’s been flying it for years.  An engine out during one flight today would have brought an end to the Bamboo Bomber for many unskilled pilots, but Karl landed the model without harm about a quarter-mile away.  A huge round of applause came hurriedly from the crowd. 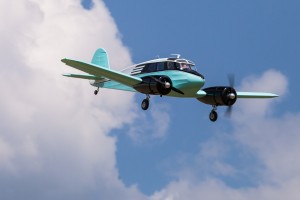 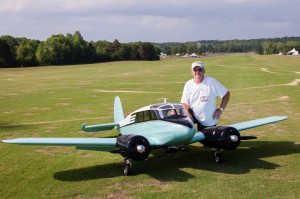 Two other planes that couldn’t be missed even with your eyes closed were a pair of Fokker DR-1 tri-planes brought by Bill Hemple and Larry Hultman.  At 65% scale the DR-1’s were eclipsing everything in the sky.  The aircraft is the brainchild of Bill Hemple and is offered (believe it or not) as an ARF!  Imagine how large of a box that would arrive in!  Hemple flew the big, red, 2-piece wing prototype, while Larry flew the 3-piece wing production ARF.  Gathering Larry’s thoughts on the big DR-1, he couldn’t say enough positive things about the docile handling characteristics of this model usually touted as being a hand-full.  Larry brought the model from Livingston, Texas where it took him 6 months to assemble and finish the Fokker to his liking.  He powers it with a 3W342TI swinging a Tennessee 43×8 prop, and finds the power plant plenty for this 116 lb, 16ft monster.  Larry is to be commended for his clever use of everyday items for adding a semi-scale appearance to the model.  He incorporates axe handles for wing-tip skids, and drain pipes covered with automotive serpentine belts for cylinder heads and cooling fins.  A testament to his creativity. 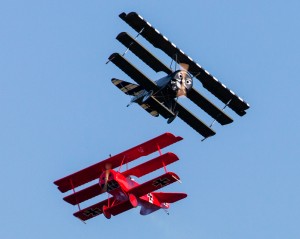 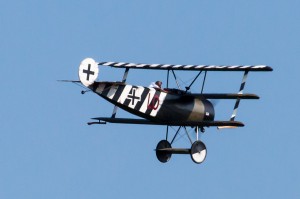 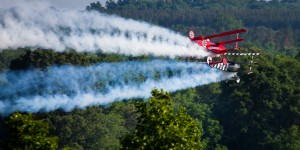 Stay tuned for more exciting coverage from Joe Nall 2014!  The Triple Tree Aerodrome is the place to be!