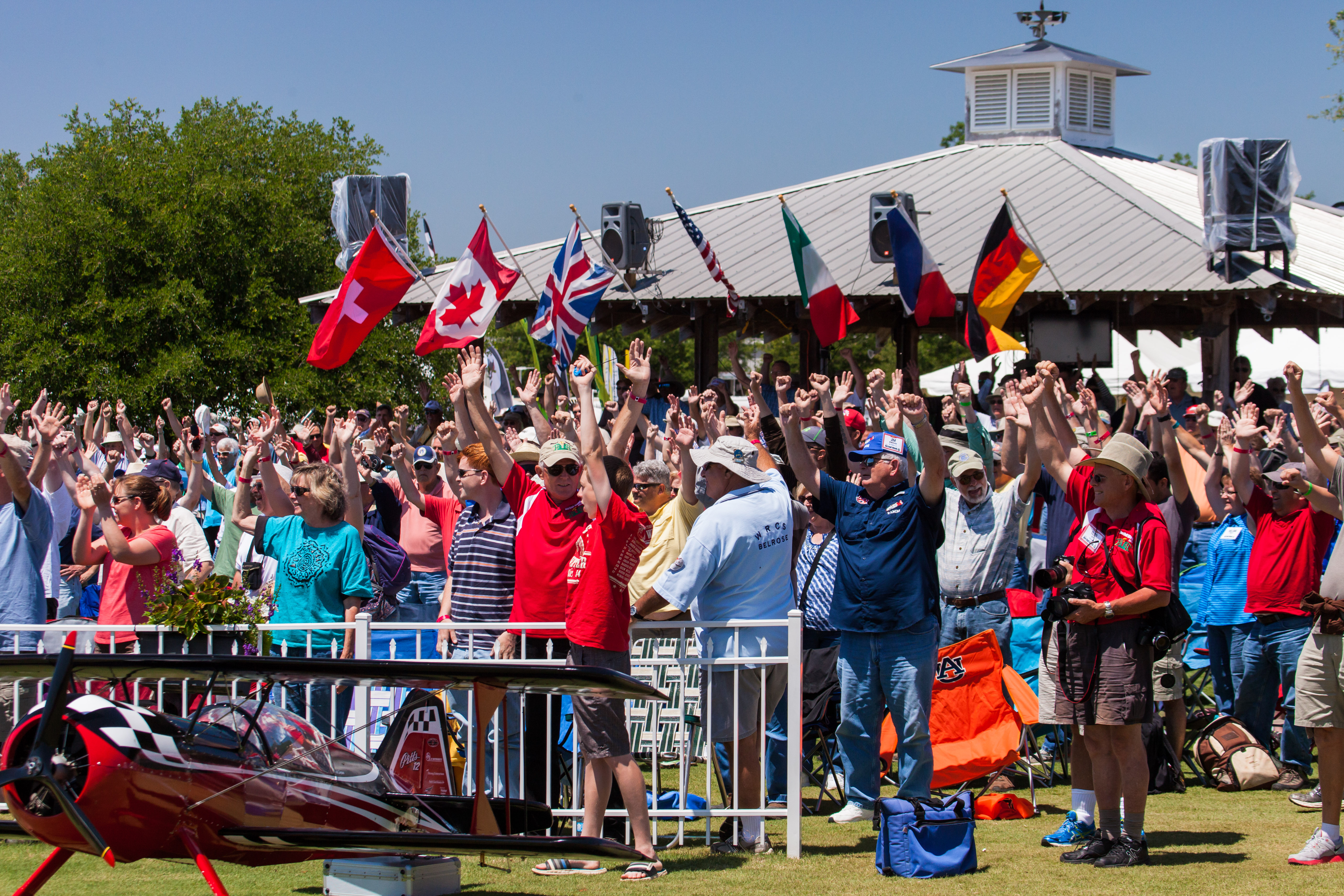 The skies over Triple Tree were beautiful and blue all day and the crowds came out in force to enjoy the best of the best at the noon time airshow.  Although Joe Nall Week features a special noon line-up Wednesday thru Saturday, the Friday show is known as the one to attend. 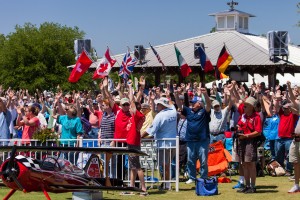 Today’s demo began with an awards ceremony paying recognition to a few special people.  First, AMA District V Vice President Kris Dixon and District V Associate Vice President Paul Frankum honored Staff Sgt. Scott Millican for his selfless service in Afghanistan and Iraq.  Scott was given this beautiful aircraft as part of the wounded warrior project.  The aircraft was donated by Chief Aircraft and finished by Oversprayer Custom Painting and Designs.  Thank you for your service Scott. 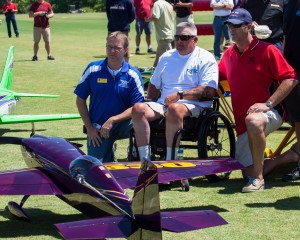 Next, Rick Cawley passed the torch as he presented the 2014 Bob Smith award to John Welcome for his realistic flying of his Bud Nosen P-51.  Rick won the coveted award in 2013 for his stunning Bucker biplane that was back again this year. 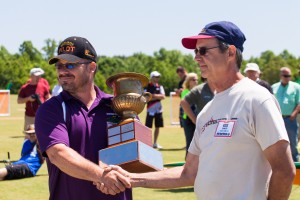 Lastly, Bob Schorno received this year’s coveted Joe Nall Memorial award for all his behind the scenes work to help make the Triple Tree Aerodrome and Joe Nall Week something to remember.  Hat’s off to you Bob! 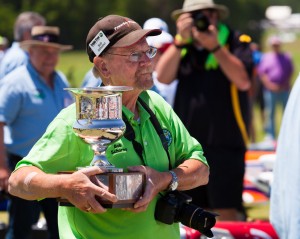 Immediately following the awards, all eyes went to the air.  Today’s line-up included several formation aerobatic teams with an especially impressive performance by the world class team of Robert and Sebastion Fuchs.

An unusual fixed wing/rotor wing demo was also quite astounding with the flight ending as the heli landed on the airplane’s canopy!  This, by special request of MC Bob Sadler. 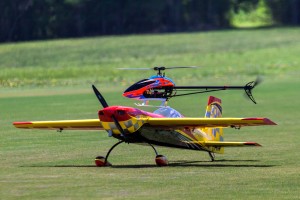 Other demo routines included Mac Hodges and his B-29, Sebastiano Silvestri with his thrust vectored Avanti S, Andrew Jesky with a smoke belching electric Slik, Bill Hempel flying his 65% Fokker DR-1, and the list goes on. 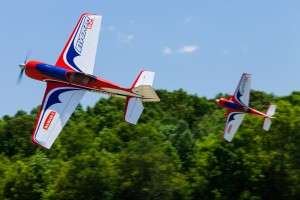 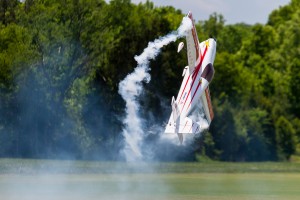 During the open flying portion of the day, we caught up with Bill Conklin from Greensboro, NC with his colorful Christen Eagle biplane.  The model was built from an Exclusive Models kit manufactured in Germany.  Total build and finish time was just under 2 years, with most of that time in finishing.  Bill powers the 120″ span 62lb bipe with a four cylinder 3w220. 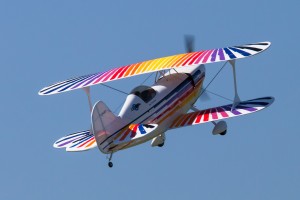 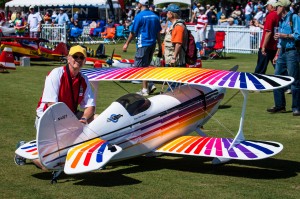 Further up the flight line, a monoplane reminiscent of the 20’s or 30’s was catching lots of attention.  It seemed to be a familiar aircraft, but you just couldn’t pin down the specific full scale counterpart.  Fortunately, pilot/builder Chuck Gratner from Lebanon, PA came to the rescue and solved the mystery.  Chuck said that he loved the lines of the aircraft from that era and wanted to build a model that included his favorite parts from various golden age designs.  He put his pencil to the drawing board and came up with the Riley Model B.  When asked where the name came from, he said “It just sounded good”!  The forward section of the fuselage is covered with mahogany veneer and coated with 10 coats of marine spar varnish.  It is truly a piece of art.  The 108″ finished aircraft weighs in at 30 lbs and swings a 26×16 prop running a Moki 180.  A new classic is born! 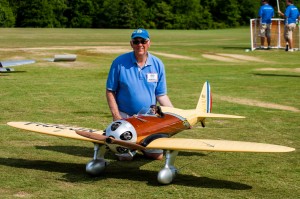 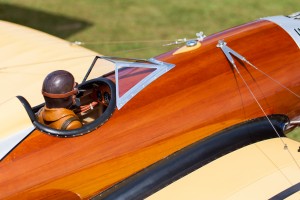 Friday was spectacular in every way possible.  Beautiful weather, non-stop flying, and to cap it off, the famous Triple Tree barbeque that always serves a 1,000 hungry modelers in under 20 minutes.

Check back for the Saturday week in review.