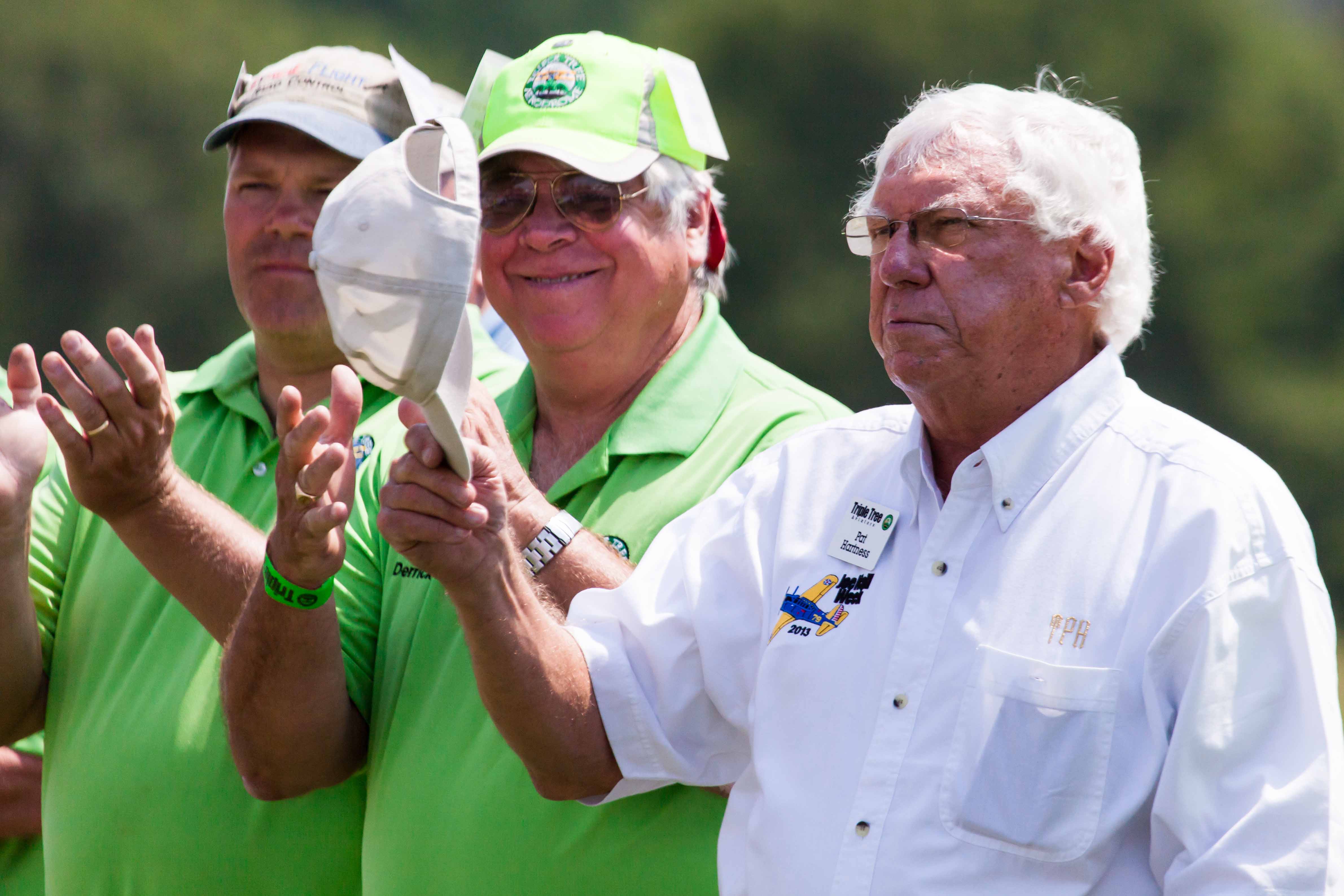 Friday went down as one of the biggest days ever in aeromodeling history.  Thousands of pilots and spectators united their passion for aviation to make Joe Nall 2013 one to remember.  Doing the math, over 2,000 flights were logged today alone.  Even better, youth pilots could be found on almost every flight line.  The future of the hobby appears to be well cemented.  Keeping with Friday tradition, two people were honored during a noon time ceremony for their achievements and contributions to the sport.  This year’s Bob Smith award went to Rick Cawley and his beautiful Bucker Jungmeister that MAN featured earlier in the week.  The Joe Nall award was presented to Triple Tree Aviators member Gene Strozier.  Way to go guys! 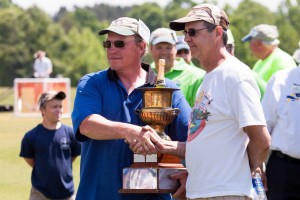 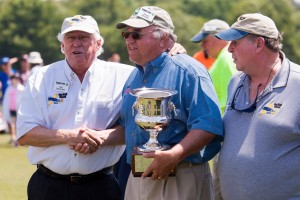 Gene Strozier accepts the Joe Nall award for his dedication to the sport. 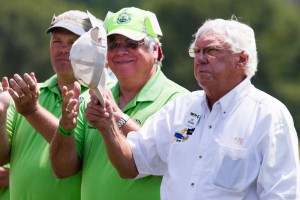 Topping off such a great day is certainly a challenge, but Triple Tree managed to do so with a barbecue dinner serving over 1,000 hungry fliers.  To the amazement of many, all guests were served in about 20 minutes!  A live band and plenty of food set the tone for the evening. 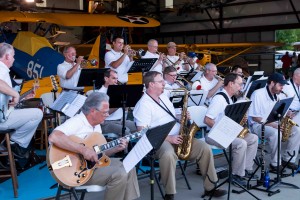 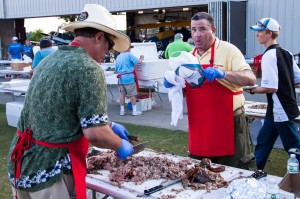 In the midst of all the action, one noteworthy aircraft at this year’s show was a scale heli brought by Sandy Jaffe of State College, PA.  This Vario built  MD900 Explorer NOTAR slid around the sky under electric power.  Meaning “No tail rotar”, this NOTAR heli incorporated the same technology used on its full sized counterpart.  The aft section of the tail boom rotates, increasing and decreasing airflow to provide yaw control.  Running both main rotor and tail boom fan unit, Sandy gets 5 minute flights out of the Scorpian hk5035 500kv motor when powered by 12s Lipos of 8,000 mah. 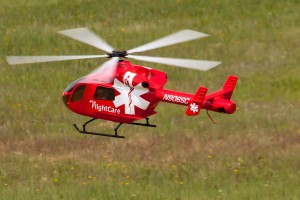 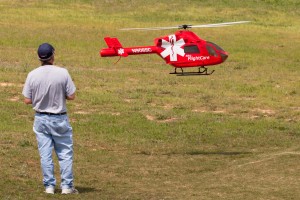 Be sure to come back for our Saturday coverage where we’ll do a week in review of the 2013 Joe Nall!