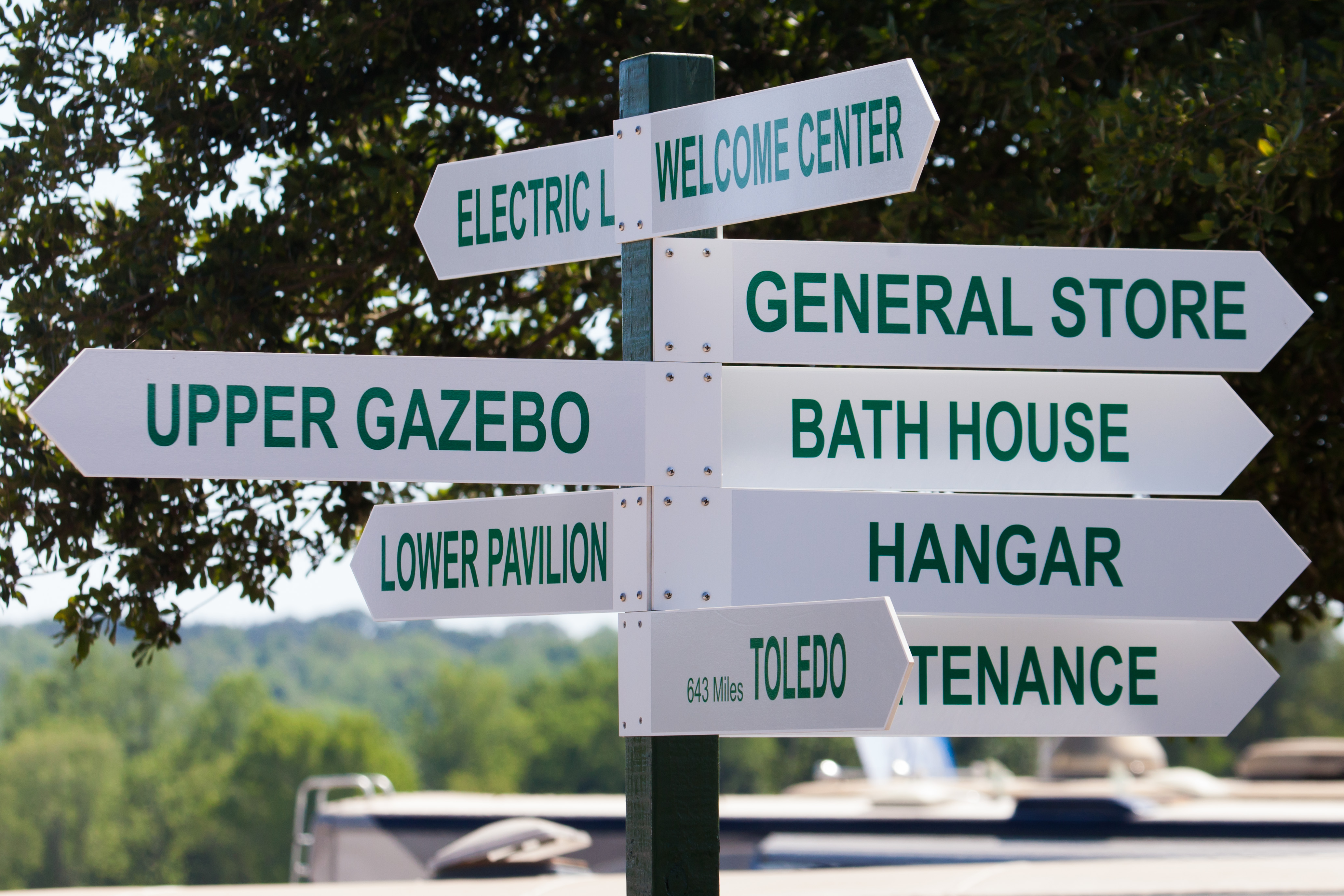 Wednesday at Joe Nall met a steady stream of new arrivals with long lines developing along the flight lines.  It was common to see the main line with 6-8 aircraft waiting their turn at each pilot station.  Pilots didn’t mind waiting as they used the time to catch up with fellow modelers, rekindling friendships from previous years.  Warbirds from every era of military aviation along with a myriad of civilian aircraft shared the right-hand pattern all day.  The 2.4 ghz band was alive and well! 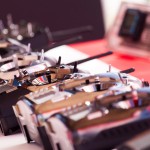 The industries finest products can be found at Joe Nall. 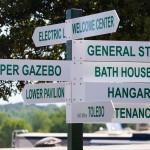 Triple Tree has become so large, it now has its own street signs! 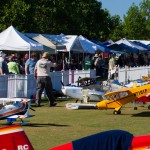 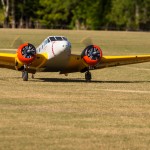 One of many beautiful twins at the Nall 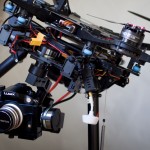 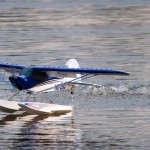 Carbon Cubs were everywhere along the lake at Triple Tree.

Mid-afternoon, everyone cleared the air for a half hour impromptu airshow.  The mini jam session featured four thrust vectored models including three jets and one 40% propeller driven acrobat.  If you’ve never watched a 3 meter monoplane hover nose down (and you probably haven’t), it’s a big deal!  More on that later in the week… 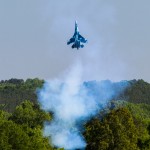 Getting close to the trees at show center. 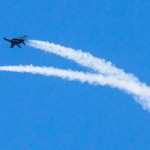 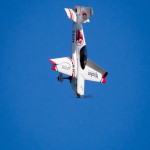 A 40% aerobat hovers nose down!

Retiring from service in 2006, the Navy’s F-14 Tomcat has become a recent classic and will always be remembered for its high-tech, variable-sweep wing.  To the delight of many in attendance, this modern classic commanded the air today over Triple Tree.  Daniel Diez from Fort Meyer’s, Florida brought an 8 ft. long Skymaster F-14 powered by two very stout P160 turbines.  With total available thrust of 72 lbs, the 60 lb model flew with authority.  Danny outfitted the model with the latest X-Bus gear from JR Radio with most servos being 8911HV’s.  Guidance comes from a JR 28X transmitter.  The looming question:  Did the wings actually sweep during flight?  You betcha!  With a few warm up passes under his belt, Danny flipped the switch and pulled those wings back.  What an awesome sight and reminder of this retired warbird’s capabilities.  At the end of our interview with Danny, he commented, “It’s a good flying bird with the wings out”! 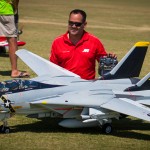 Daniel Diaz poses with his F-14. 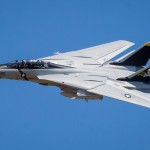