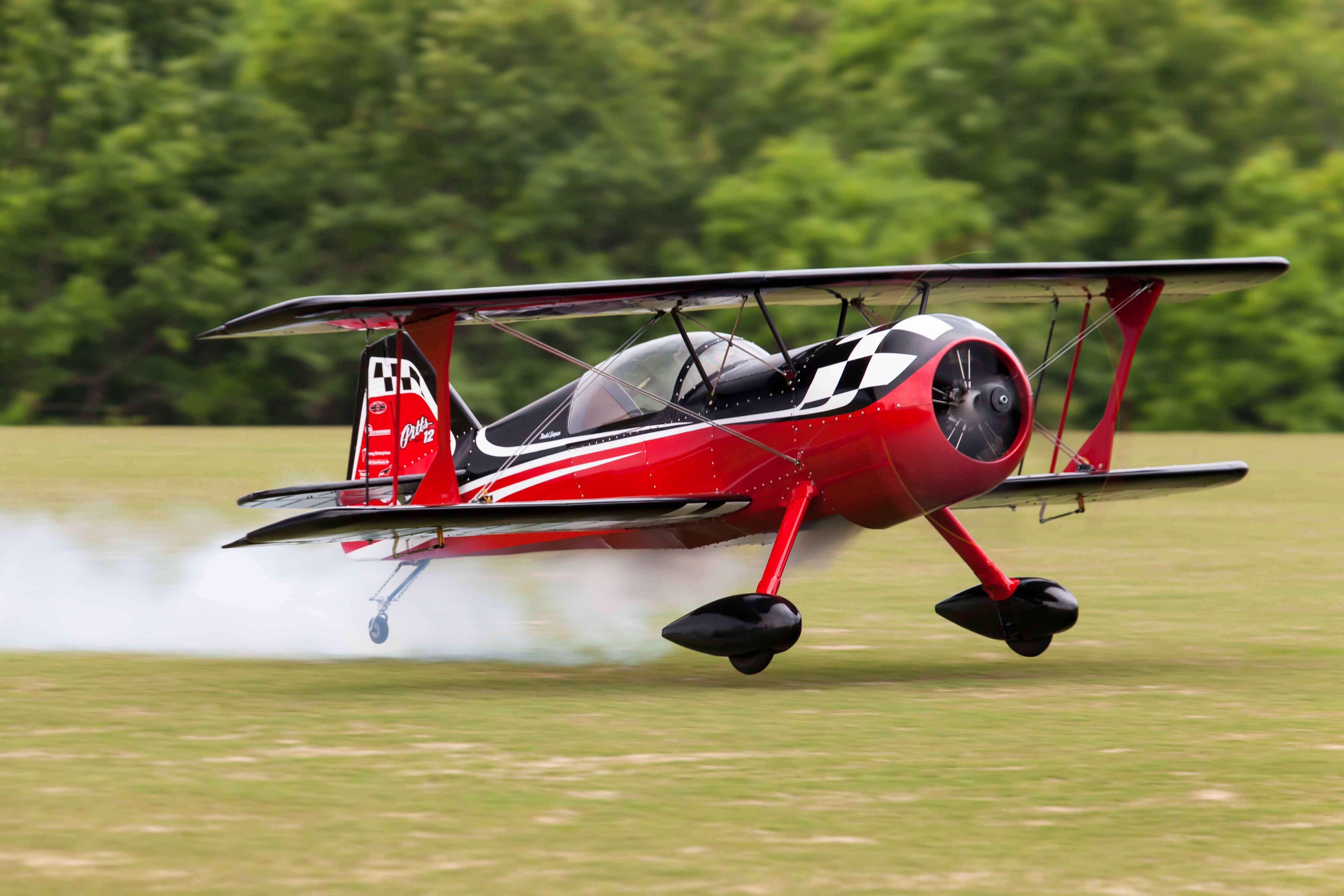 Thursday at Joe Nall Week was an RC explosion.  Every flight line was packed to the gills, and at any one time, 20 – 30 aircraft could be seen in the air.  Things settled down after dark with only about 15 – 20 planes covering the night sky.  What other event can say that?  As in previous years, the AMA was on-site to hold their annual meeting and host a hot dog dinner.  Although only hitting the highlights, AMA’s Dave Matthewson along with other featured speakers addressed issues relevant to the sport such as advanced flight systems, FPV, and potential FAA rule making that Rich Hanson said had a “Positive outlook”.  Immediately following the dinner, an after dark, lights on, smoke-out was in order at the 3D line. 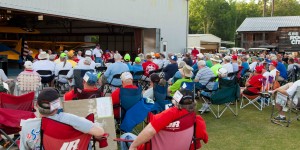 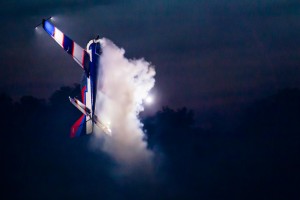 Strolling up the main flight line, one couldn’t help but notice a very special Pitts Model 12.  Built as a possible contender for next year’s Top Gun, this 50% Pitts was a real show stopper.  Built by Karl Schneider of Washington, PA and piloted by Horizon pilot Colton Clark, this Moki 400 powered bipe commanded everyone’s attention when taking to the air.  The model has a wingspan of 132″ and is an exact copy of the full scale Pitts owned by Kendal Simpson.  With only 7 total flights, this bipe is fresh off the workbench.  The plane is 100% scratch built from plans that Karl and his daughter drew up by projecting a 3 view on his basement wall.  From there, they traced the outline and filled in the blanks.  Interestingly enough, the airframe is constructed of aluminum that Karl purchased at his local hardware store.  The bipe is covered with Dacron and finished with Rustoleum.  When asked if there was anything interesting he’d like the readers to know, he stated that he’s been subscribing to Model Airplane News for 25 years! 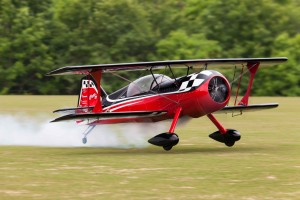 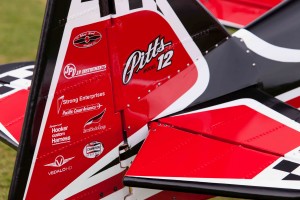 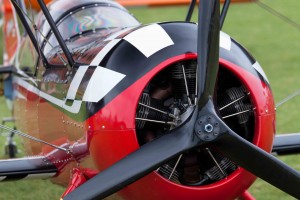 Up the warbird alley, we found this nice old OV-10 Bronco that was originally built from a Kondor Model Products kit a decade ago and lovingly rescued and restored by Kelly Sanderson of Beulaville, NC.  The Bronco was finished to resemble its full scale counterpart once stationed at the New River air station.  At 96″ and 35 lbs, the model is powered with twin DLE 20’s and uses Century Air retracts. 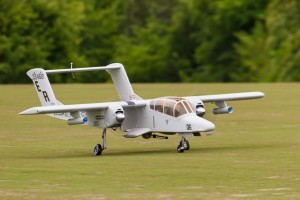 Check back tomorrow for Friday coverage of the Nall.