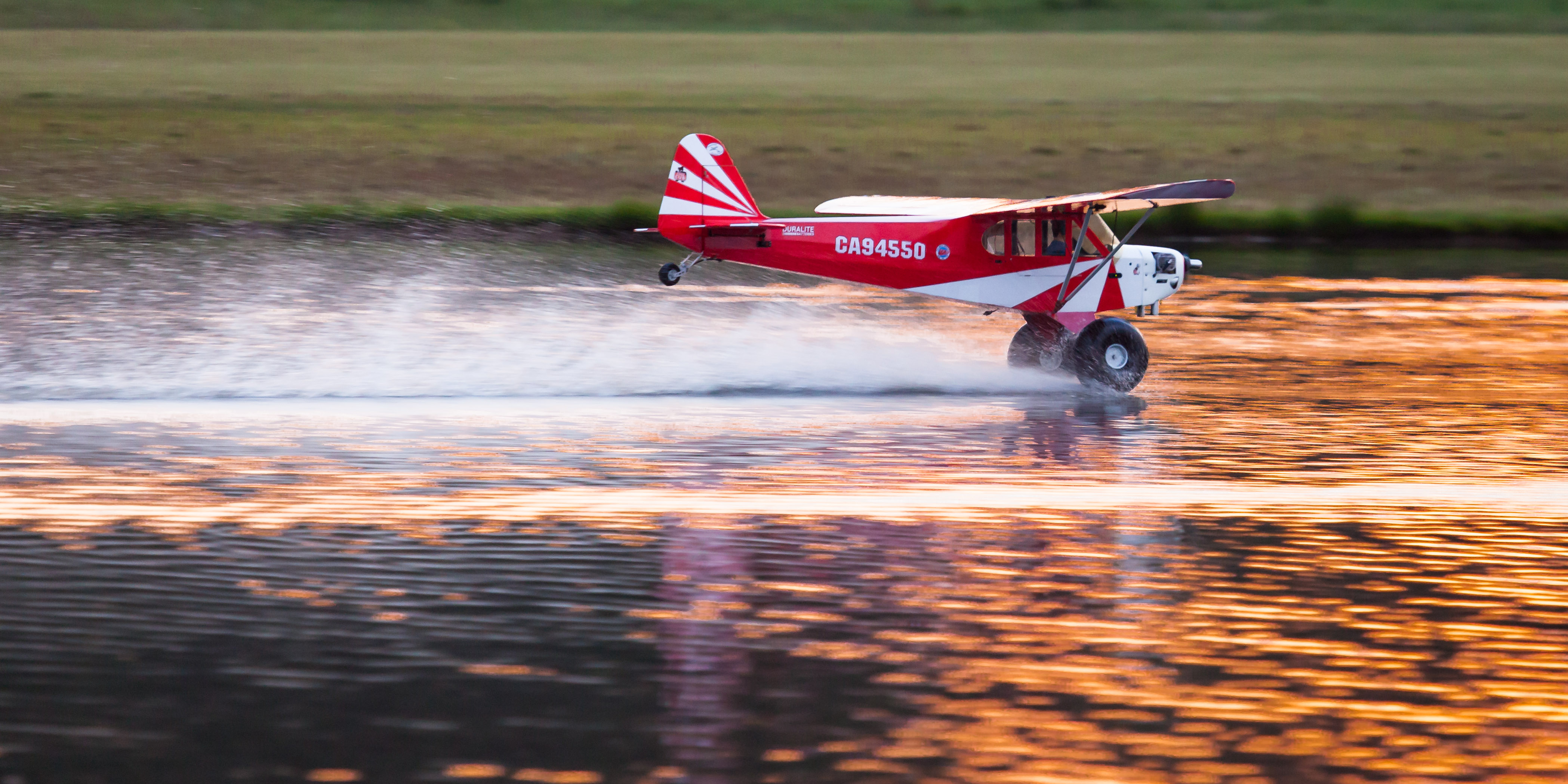 It’s Joe Nall Week 2015, and we’re on site capturing the action at the Triple Tree Aerodrome in South Carolina.  This year is hot, literally!  Temps have consistently been in the 90’s, but that hasn’t slowed the action a bit.  The sunscreen is out, RV’s are dotting the landscape, and hundreds of modelers are already filling the skies with every aircraft imaginable.  With two days of flying ahead before the formal portion of the event begins, Joe Nall Week may again break records for attendance.

Still early in the week, Triple Tree Aerodrome is already a flurry of activity.

This year, turbine powered aircraft have certainly increased in number.  While cruising the classic flight-line, we noticed one A-10 Warthog being realistically flown by Dennis Shrewsbury from Rock, West Virginia.  The model was a 110″ Skymaster kit being pushed through the air by two 31lb thrust Cheetah turbines.  Coming in at 63lbs all up weight with fuel, the turbines had ample power for good vertical work.  The combined sound and realism were impressive.  Dennis guides his Warthog with a Spektrum DX-18. 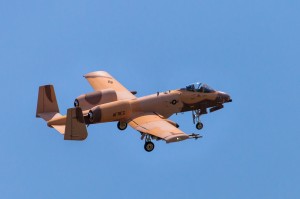 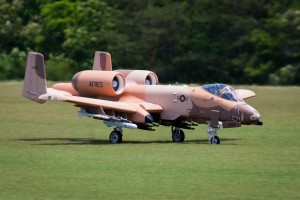 Dennis Shrewsbury lands this A-10 Warthog at Joe Nall 2015.

Further down the field at the 3D line, Dave Sullivan from Sacramento, California was pouring the cool factor on with his 1/3 scale clipped wing cub.  I know what you’re thinking, another Cub right?  Not so much.  This grossly overpowered World Models Cub, sporting a GP123 engine and swinging a 28X10 prop, was drawing crowds during its touch-n-go’s on the pond.  Yes, I said pond!  Dave outfitted this beast with a pair of monstrous PR (Positive Reproductions) bush wheels.  At 11.6″ in diameter, the wheels are an exact replica of the large tundra tires used by Alaskan bush pilots on the full-scale counterpart.  With the end of the runway connecting to the pond, Dave would drive the Cub along the water for about 50 yards before coming to a stop on the end of the runway!  Incredible!  As a side note, Dave mentioned that his Cub was the first one-off the line at World Models and is now 8 years old. 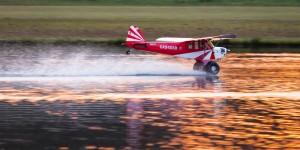 Needless to say, electric flight has taken Triple Tree by storm.  With some very special electric aircraft to report on later in the week, stay tuned for more action from the 2015 Joe Nall Week.