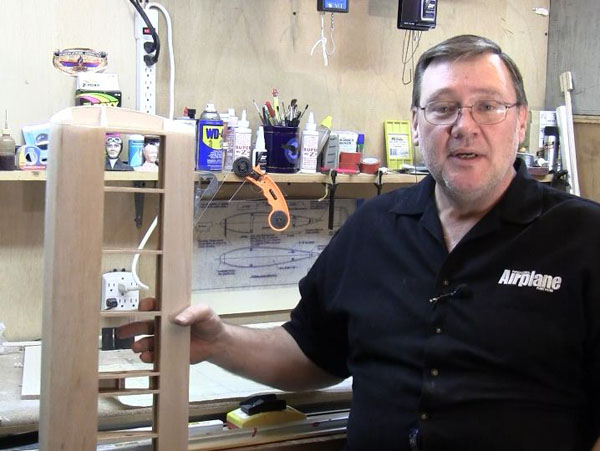 Well we now have a total of about 3 to 4 hours into the build and the wing and tail surfaces are all finished and ready for cover. As a roundup, I changed the wing to use 2 aileron servos, and replaced the solid wingtip blocks with built up ones. The wing came out really nice and it is perfectly straight. 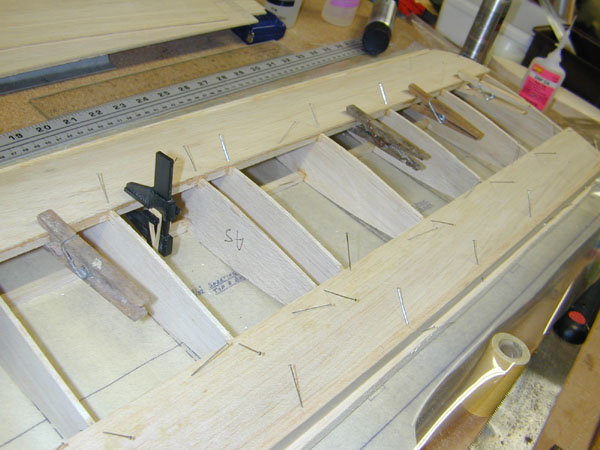 Even though the wing’s airfoil  is fully symetrical, it builds easily right on top of the plans. 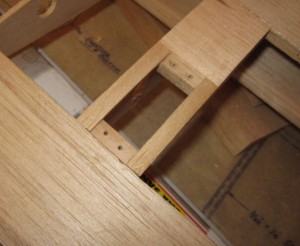 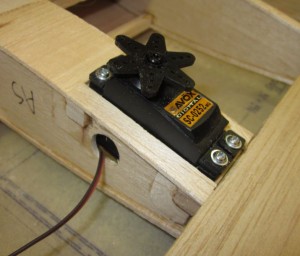 To install the aileron servos, I doubled the wing rib in the middle of the panel, added two hardwood attachment rails notched into the bottom of the ribs, and sheeted over the ribs leaving an open bay for the servo placement. I cut holes into the ribs with a sharpened 1/2 diameter brass tube so I can snake the servo leads to the center of the wing. A string will be installed prior to covering to feed the servo lead into place later on. 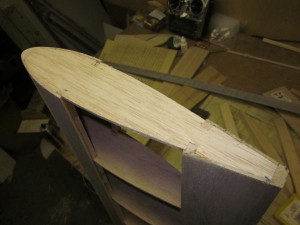 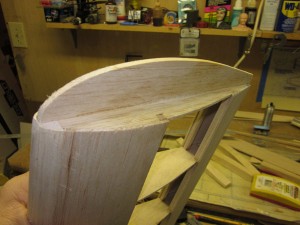 Here’s the last rib in the wing panel and I glued a tip plate made from 3/16-inch balsa, cut to the shape of the tip along the center of the rib. 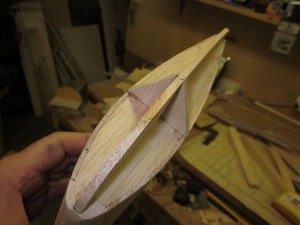 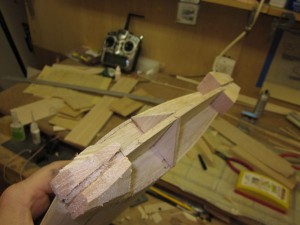 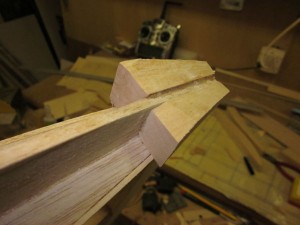 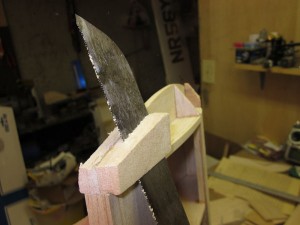 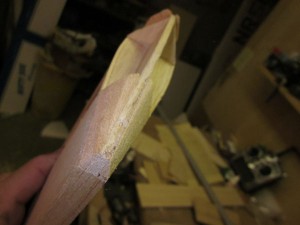 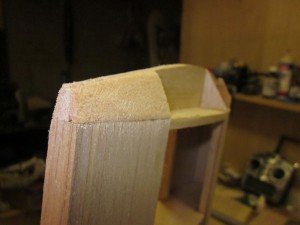 Use a razor saw and cut away most of the unwanted block material. Once you get it close to the final shape, switch to course sanding block and then use finer sandpaper to smooth it down to its final shape. 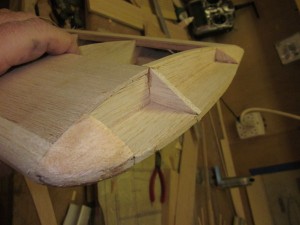 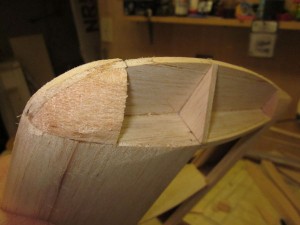 You do the same with the leading edge blocks except you do a lot more sanding and less razor saw cutting. You need to blend the shape of the wing’s leading edge into the tips rounded outline, in a semi-rounded flowing shape. So sand and check, sand and check until it looks nice and smooth.

The last part of the wing assembly is making the enlarged ailerons. I used 3/8 inch square balsa sticks and sheet stock and made the ailerons 250% wider than stock. That’s from 1 inch wide to a 2.5 inches in width! 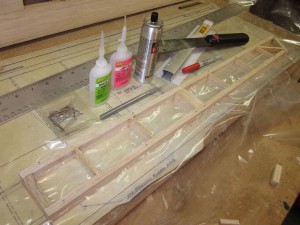 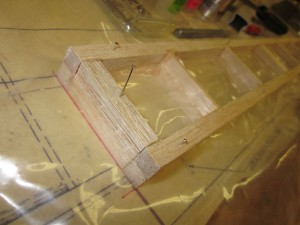 To keep them identical, I used the old fashioned technique of building them on top of each other with some thin plastic in between to prevent them from being glued together. The outboard end is tapered in at an angle to minimize ground contact during spot landings. 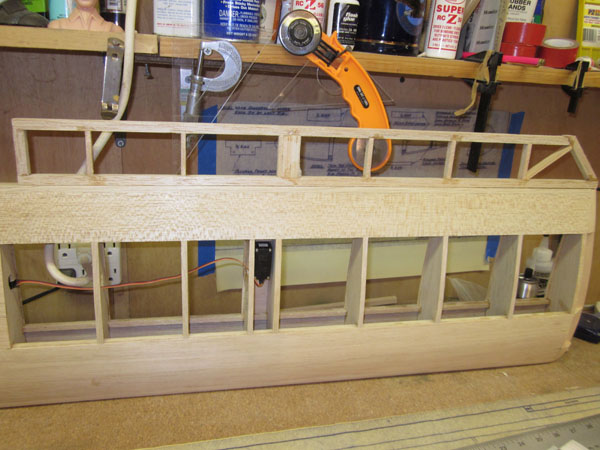 Here’s the finished wing panel with the enlarged aileron resting on top. Next step is to start on the fuselage.

Stay tuned for more on this build-along.