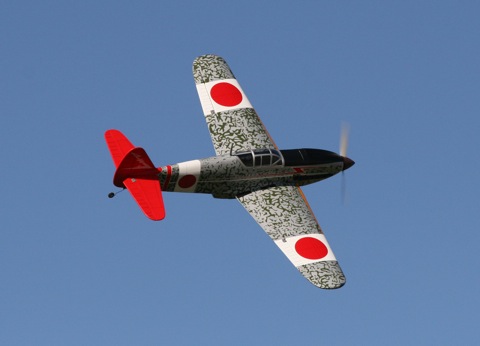 I am always on the hunt for a model airplane that looks different. I like something that stands out from other models and is a design that will attract attention at my club flying field. The fact that it has to fly well is equally important to me. I have flown several glow and electric Kyosho planes in the past, and I’ve always been impressed with Kyosho’s attention to detail and how well the planes flew. Just a couple of years ago, Kyosho introduced their beautiful Ki-61 as a 50-size glow-powered model. It was great looking, fun to fly and easy to assemble. Now, they have done it again with the introduction of the new Kyosho Ki-61 Hien 50 EP, a stunning new warbird with a unique color scheme that is designed specifically for electric power with a super-lightweight fuselage made almost entirely of balsa, a factory-installed electric motor mount, battery tray and removable access hatch, among other unique features. Although you might think a model with this much detail would take a lot of time to assemble, much of the hard work, like installing the retractable landing gear is already done for you at the factory. Sporting an all-new camouflage color scheme, it is a beautifully rendered scale model of the famous Japanese fighter that defended the skies over Japan during WW II. Expertly covered in Kyosho’s famous Master Coat covering, this model is electric-ready right out of the box!

All the control surfaces are preslotted and prehinged with CA-type hinges and are ready to be glued. One of the Ki-61’s many nice features is the factory preinstalled retractable landing gear and pushrod hardware with plastic precut wheel wells that give it a very nice finished look. There are also hinged wood blocks that the half-gear doors are glued to; these doors fold up with the landing gear as they close, adding to this model’s already nice scale-looking appearance. The landing gear pushrod hardware is already installed and adjusted at the factory, so literally, all that is required to finish the landing gear is to install the wheels and gear doors. The scale-looking split flaps were also prehinged and their internal pushrod hardware was already installed and ready for servo installation. Even the inside of the split-flaps were covered and prepainted so no wood was showing. The attention to detail continued with the beautifully finished fiberglass cowl, which was prepainted and perfectly lined up with the fuselage covering. The Hacker A50 electric outrunner motor was relatively easy to install using the included Kyosho three-piece aluminum motor mount, although I did have to enlarge the holes on the motor mount to allow them to line up with the holes on the Hacker motor. The fuselage features a preinstalled battery tray located underneath the top canopy hatch, which is secured with wood dowels and a strong magnet. The Kyosho hardware also features lightweight, but strong carbon-fiber pushrods for the rudder and elevator surfaces. These were easy to adjust with just the turn of a screw. After installing the servos in the wing, the wing halves were joined with 30-minute epoxy, and I’d recommend an extra set of hands for this step. The included spinner can be configured for a 2- or 3-bladed propeller for an even more scale-looking appearance. I was also very impressed with Kyosho’s Master Coat covering, which features details like panel lines, rivets, and even the decals preprinted in the covering! Only a handful of decals need to be applied to the cowl, tail surfaces and rudder to finish the model. Lastly, a few plastic parts needed to be cut and trimmed and then glued to the fuselage and cowl for the exhaust details.

Although assembling the Ki-61 50 EP is not recommended for a novice builder, anyone with prior experience building ARFs should have no trouble with the assembly of this model. The instructions were excellent and easy to understand, and there were no issues during the build. I normally keep a covering iron handy to tighten any wrinkles in the covering, but none were found on this model. I would say that the assembly should take approximately 3-4 evenings to complete.

Because of its relatively small diameter wheels and gear doors that cover half the wheels, the Ki-61 50 EP is definitely not recommended for grass runways. You’ll need a paved surface that is at least 75-100 feet long to allow for a smooth, controllable takeoff. As with any large model that needs a long takeoff roll, you’ll want to use the rudder to keep the model tracking straight down the runway until the tail lifts off the ground. Smooth throttle application will assure a nice, controllable takeoff. Landings are also very predictable and smooth, as long as you use throttle to keep the nose up and flare your landings. The Ki-61 lands fairly “hot” if the split flaps are not deployed, so allow yourself enough runway for landings. The split flats not only look great, but are also fully functional and very effective in slowing the plane down for landings.

Stability: The Ki-61 is rock-solid in the air and very predictable. While it’s certainly not a slow flyer, it’s extremely well-behaved and with adequate throttle, will give you no surprises. A very exciting plane to fly indeed!

Tracking: The Ki-61 tracks straight as an arrow and moves through the air as if it’s on rails. It goes right where it’s pointed, yet is very predictable and smooth.

Aerobatics: The Ki-61 handles all the familiar sport aerobatic maneuvers with ease. Loops, rolls, hammerheads, split-S turns, Immelmann turns and inverted flight are a pleasure to perform with this plane.

Glide and stall performance: The Ki-61 Hien is definitely not a “floater,” and as such, an adequate amount of airspeed is needed at all times to maintain stability and keep the plane from tip stalling. I did, however, perform several stall tests at altitude, and the stall was very predictable with a gentle drop of the left wingtip. With full power applied, I was then able to recover fairly easily.

The Kyosho Ki-61 Hien 50 EP is an exciting warbird that looks as good in the air as it does on the ground. With the Hacker brushless power system, raw power was at a premium, and it easily performed any aerobatic maneuver I asked of it. The exciting scale details and beautiful color scheme really make it unique among WW II planes and it really drew a crowd wherever I flew it. If you are looking for warbird that truly stands out from most others, the Kyosho Ki-61 Hien is the aircraft for you! 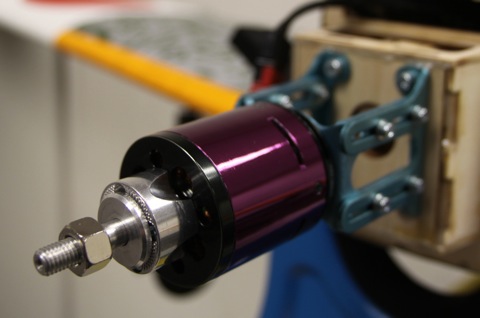 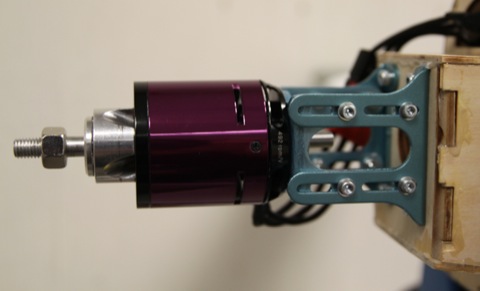 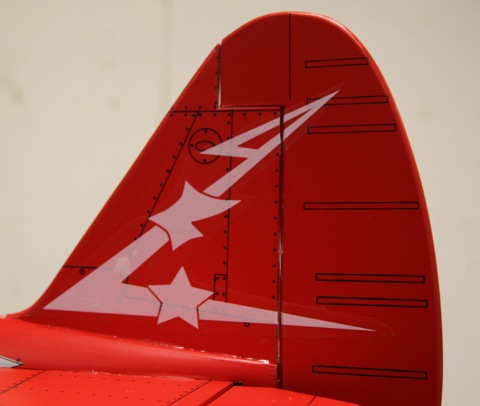 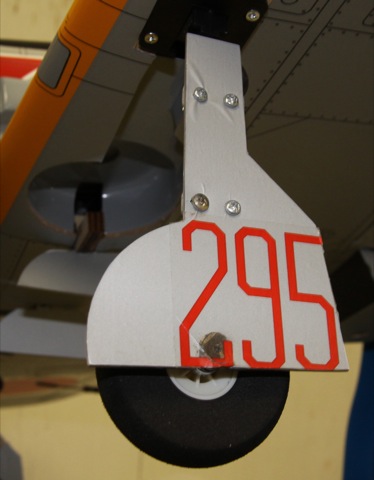 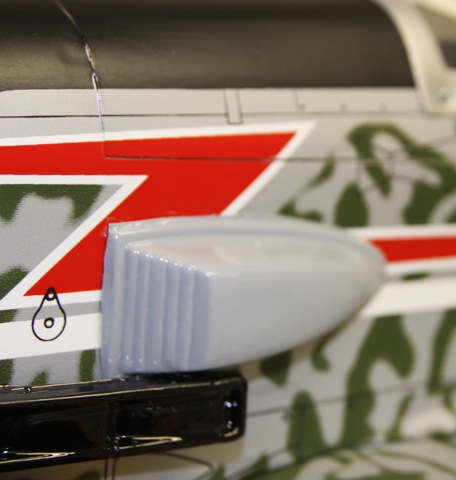 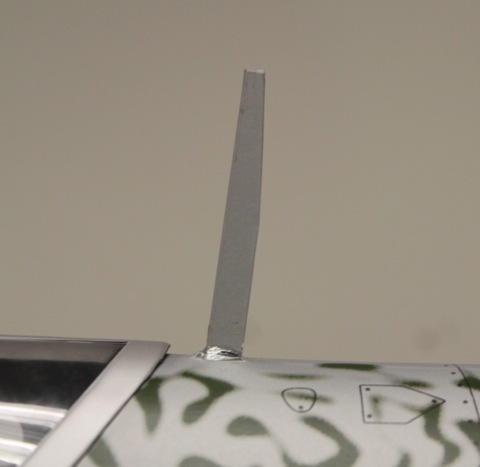 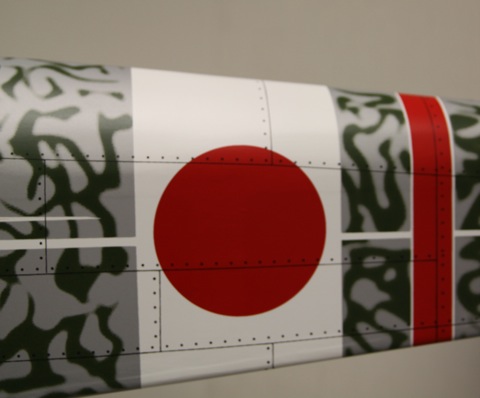 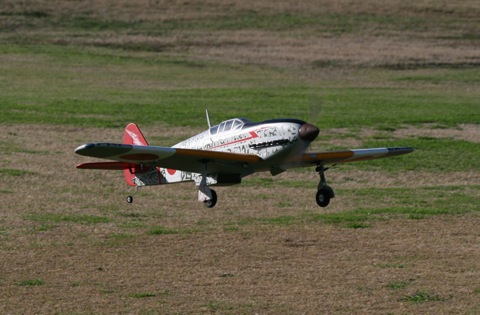 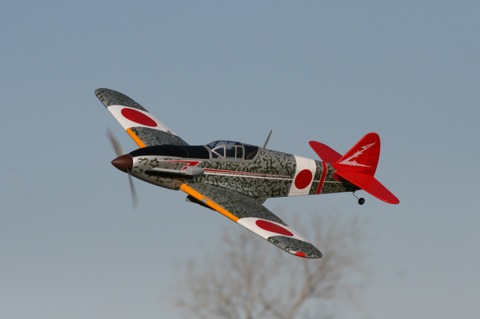 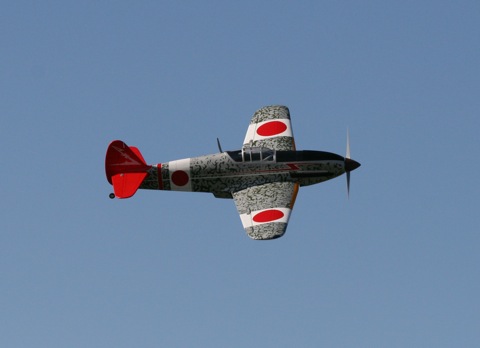 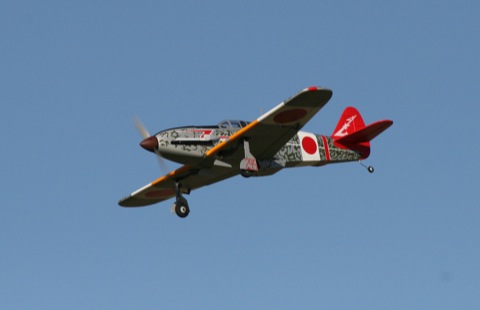 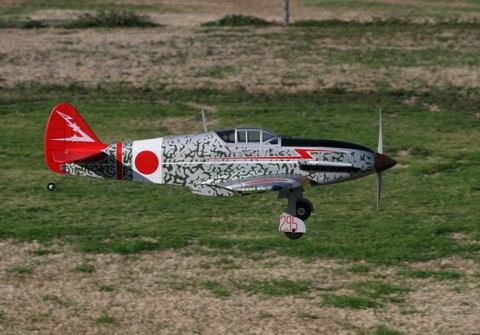 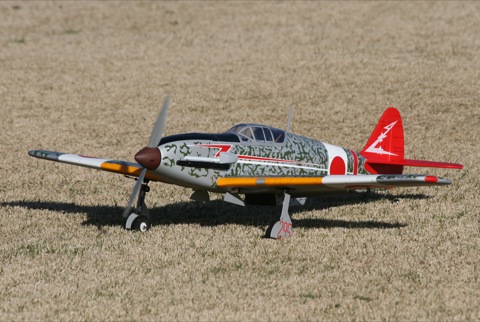