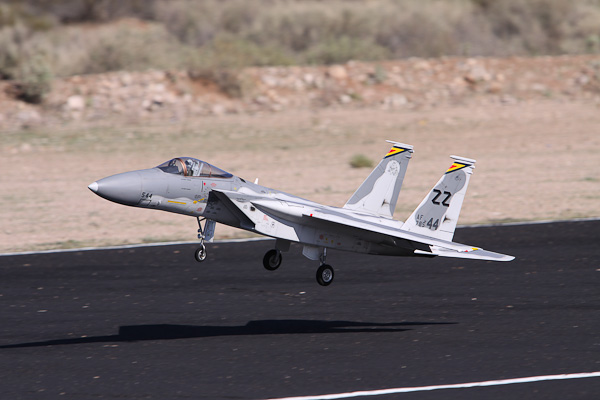 We’ve all heard the old adage: takeoffs are optional; landings are mandatory. Bringing a plane back to the ground safely is a pilot’s top goal. Unfortunately, one of the hardest maneuvers for an RC airplane to perform is the landing, and it is the first one that we pilots must learn to perfect to keep our models intact. How should you get started? Read through these tips, and then go to the field and practice!
FIRST THINGS FIRST
To ensure a good landing, the first thing you have to do is trim out the plane so that it flies with a predictable sink rate at slow speeds. If you cannot slow down the model, you have no hope of ever making a successful landing. Start at a relatively safe altitude, and bring the throttle stick back so that the engine slows down and the plane begins to lose altitude. You will have to feed in some up-elevator to increase the plane’s level angle of attack. If you continue to feed in up-elevator, the plane will eventually enter a stalled condition and will either drop a wing or fall forward. Practice entering and exiting this stall speed so that you know the speed at which the plane will travel before it enters the stall. Now you know your plane’s slowest speed; this is the speed you want just before touchdown. Knowing how to control your plane’s speed so that it can fly with a predictable sink rate and land at the slowest possible speed is the first step toward perfecting your landing.