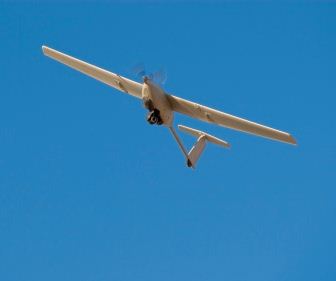 Unmanned Aerial Vehicles (UAVs) are seeing amazing growth and increased demand for all sorts of applications. But their range and sortie duration are limited by their on-board batteries or fuel tank size. Bringing a UAV back down for refueling or recharging their batteries takes time and  requires skilled field technicians and adds risk to their mission profile. 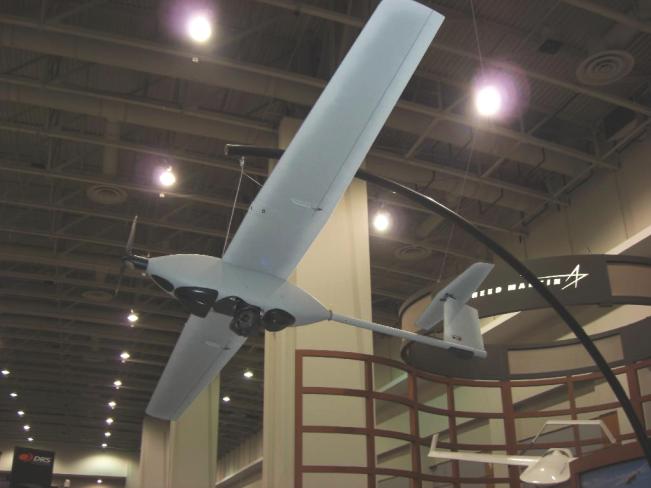 But what if a rugged, high-performance UAV could be developed that never had to land?

According to lasermotive.com, seeing the need for longer in-the-air performance for extended “linger time” over target areas, Lockheed Martin teamed up with LaserMotive to develope an Extended Endurance version of their successful Stalker UAV using the company’s laser power beaming technology. The new Stalker XE could  theoretically remain in flight indefinitely.

Here’s how it works. The ground (or ship) based Laser Transmitter converts electrical power from a primary source into a 1000W single wavelength beam of light. Photovoltaic cells installed on the underside of the UAV that are matched to the laser’s wavelength and beam intensity converts the laser light back to electric power. 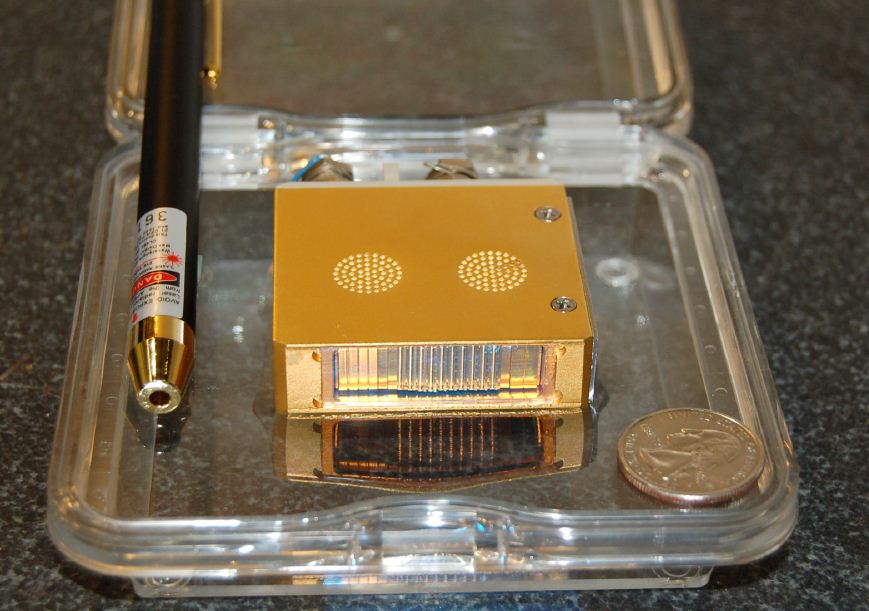 In theory, the UAVs could operate at altitudes to over 70,000 feet, and with GPS tracking could operate, with laser power in low visibility or overcast conditions. The technology can be used for all sorts of aerial vehicles including micro UAVs, quad copters, more traditional aircraft UAVs and aboard US Navy vessels that deploy UAVs or even Aerostat LTA (lighter than air) blimps for extremely long duration observation and communication missions. 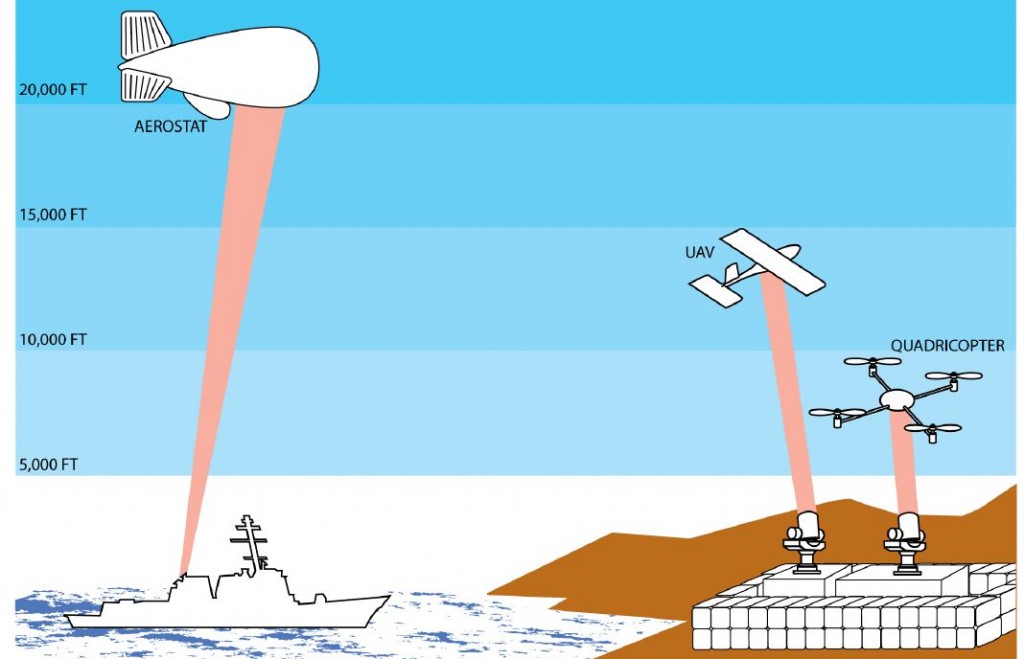 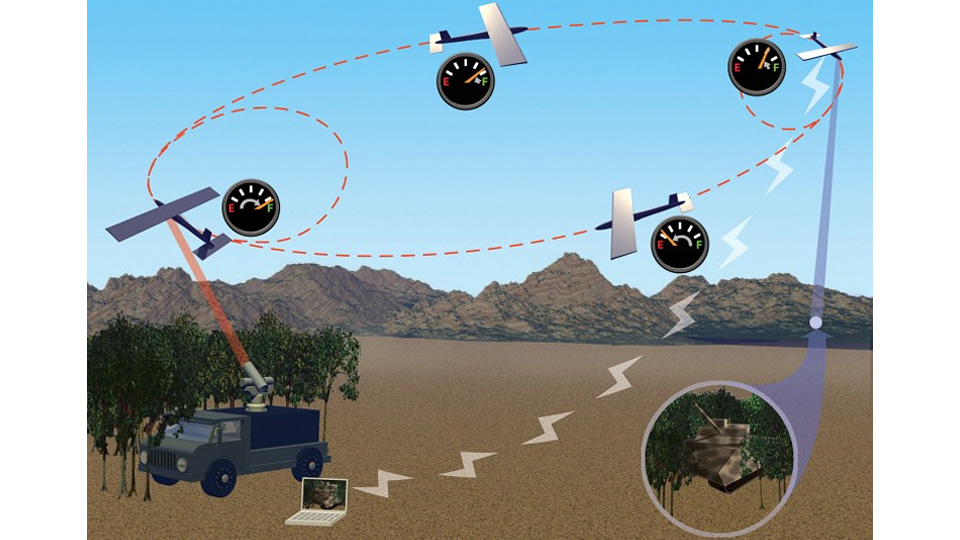 First developed in 2006, the original Stalker UAV has a wingspan of about 10 ft, weighs about 14lbs., and is hand launchable. It could fly for up to two hours at altitudes of up to 15,000 ft., powered by Lockheed Martin’s “Hush Drive” – a low-noise electric motor and a special quiet propeller. Payloads include daylight, low-light-level and infrared cameras combined with a laser designator. During landings the sensor turret retracts into the fuselage.