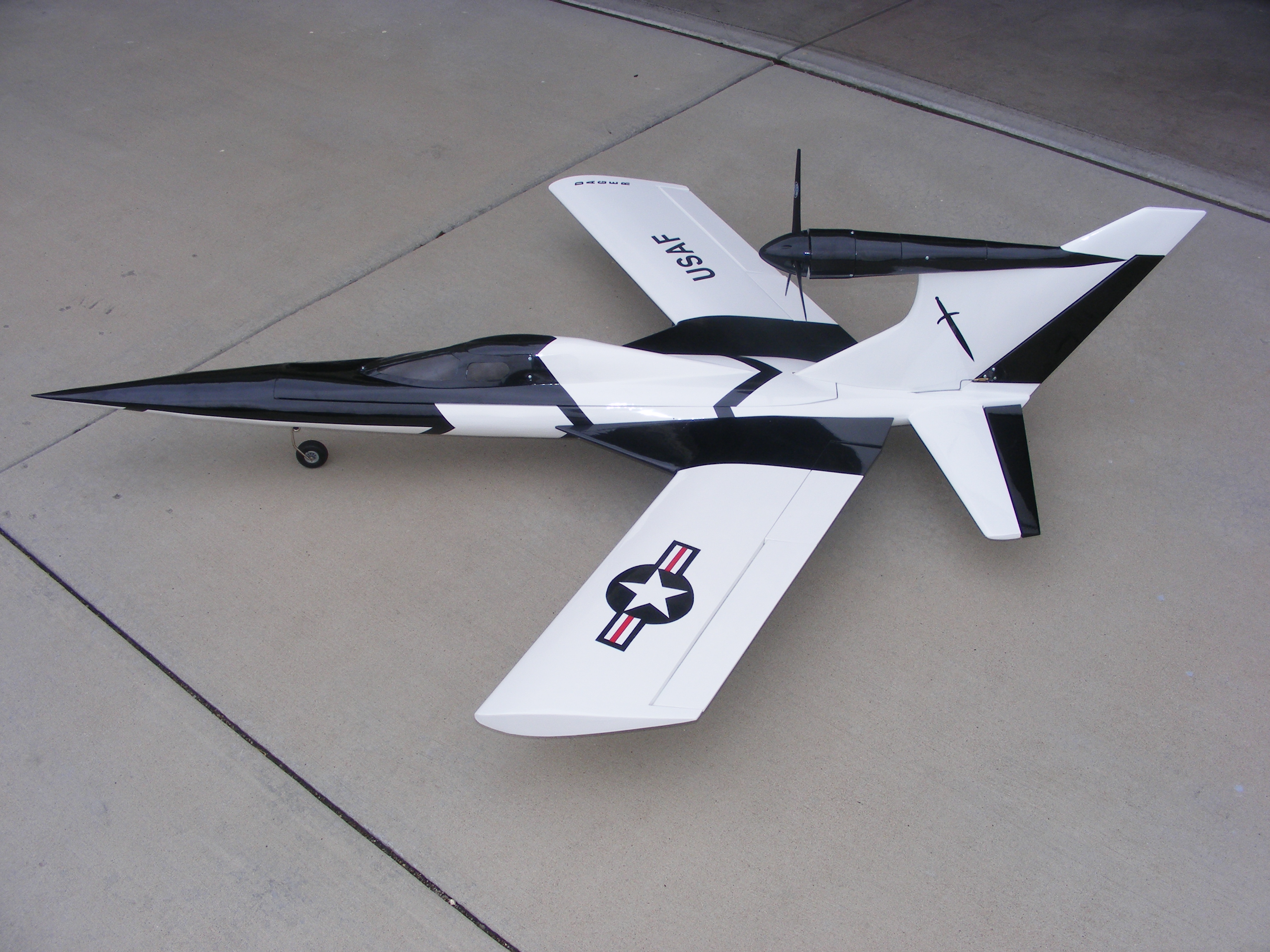 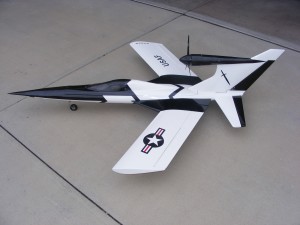 The whole point is to have fun.

Often we take our hobby to seriously. My self included. This article will be short and sweet. It’s about letting your imagination take over.

Every time I try to  take a break a new inspiration hits me. The following pictures are just an example of this. I’ll give a very short explanation of each and the source of my muse.

The photos above and below are a prime example of what I’m talking about. I was watching a program on the military channel about the Russian SU-47. What an amazing plane. Thus this concept plane was born. I had the idea already for a mid motor plane much like the Sea Wind by Great Planes. I felt the combination of a forward swept wing with a mid motor configuration would make for a very cool aircraft. You be the judge.

After building this model I built a half scale replica from foam to test fight capabilities. Immediately there was a problem. As power is increased, downward thrust is created forward of the CG. Oops. Now what? I wasn’t aware of the Sea Wind having this problem, but my model clearly did. Gaining any altitude was impossible. The more power applied the more elevator it took to maintain altitude. 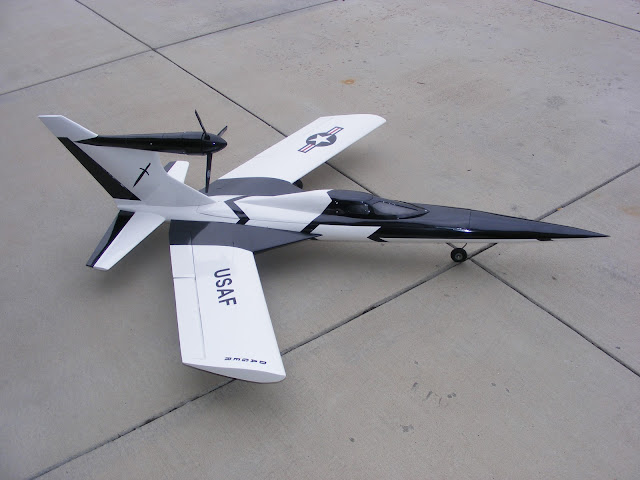 I spent the next week on the simulator adding various flight surfaces all over the fuse and tail surfaces untill I arrived at the rendering you see below. The fixed surface is at 6 degrees up deflection and the movable surface  can deflect as much as 60 degrees if needed. This wing creates lift on the front of the aircraft as the aircraft’s speed increases, but has little effect at slower landing speeds. This off set the down thrust created by the motor at full throttle. 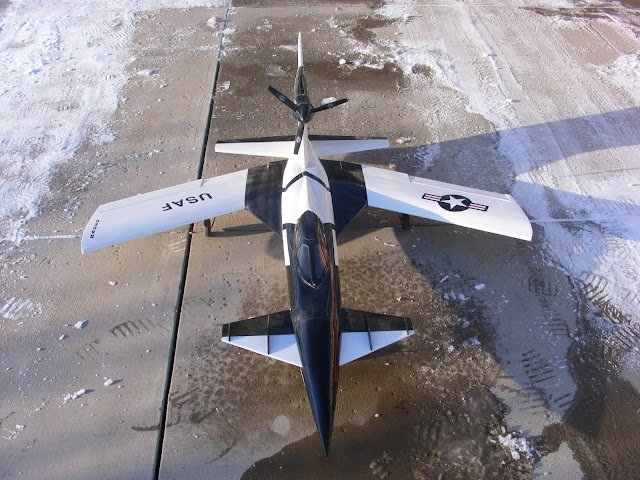 With a spare set of wings from a Hangar 9 F-22 Raptor I came up with this concept. It took all of about a week to design and build. The flight performance is excellent and it is a pleasure to fly. This is a great example of using what’s on hand to build an airplane. Think out side of the box. Just because a set of wings came off one aircraft, it doesn’t mean they won’t work on another. 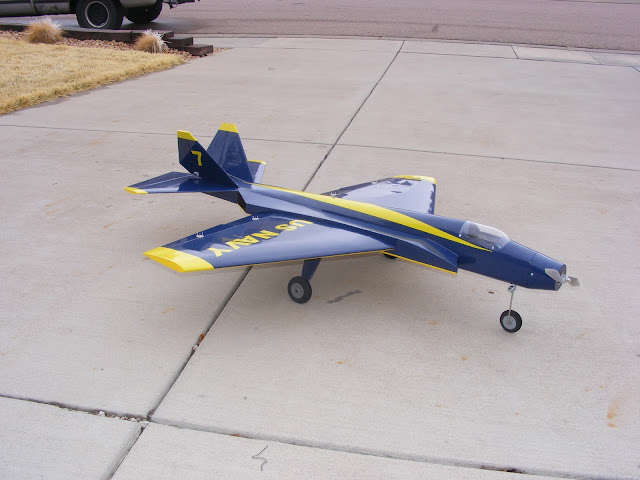 With this longer forward fuse design, no weight was required to obtain proper CG. The battery could be positioned further aft and this reduce pitch sensitivity. The fuse is also longer behind the wing trailing edge on this model.  This improved stability and reduced the low-speed stall tendency of the Hangar 9 Raptor with the wing extenders removed. 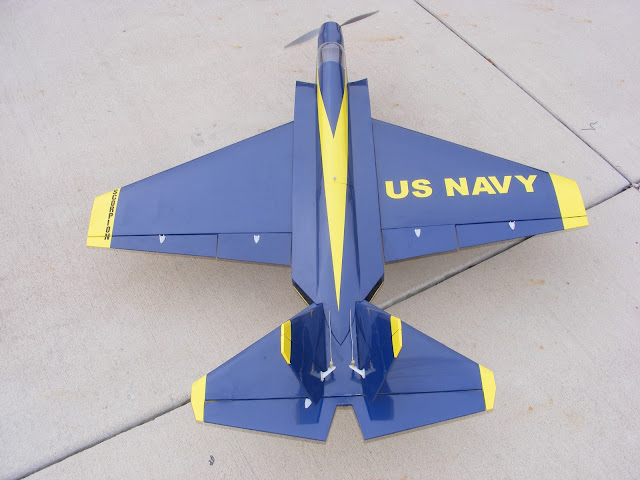 This is really two planes in one. Originally designed around a Tigar 60 wing I later modified the fuselage to accept a completely scratch built wing. There is a removable adapter cradle the allows for the use of either wing. A second cowl was also built to alter the overall appearance and style of the plane.

The inspiration for this plane came from a Concept photo of the GEE BEE R-3 I saw a few years ago.

Shown below is the first rendering RL555.0 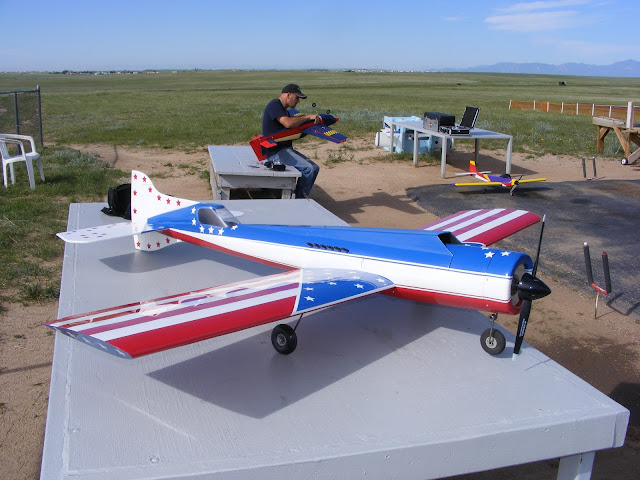 Notice on the version below: Different wing and cowl design. Named RL555.0 do to the modifications.

I added the fake exhaust just for fun. 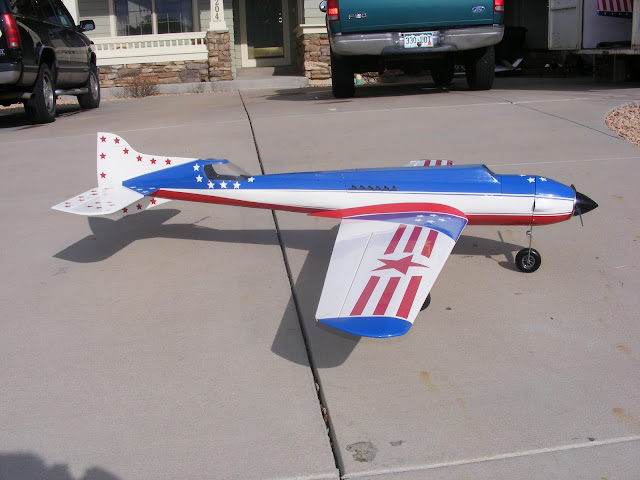 The whole top center section behind the cowl and in front of the cock-pit is removable for battery installation. 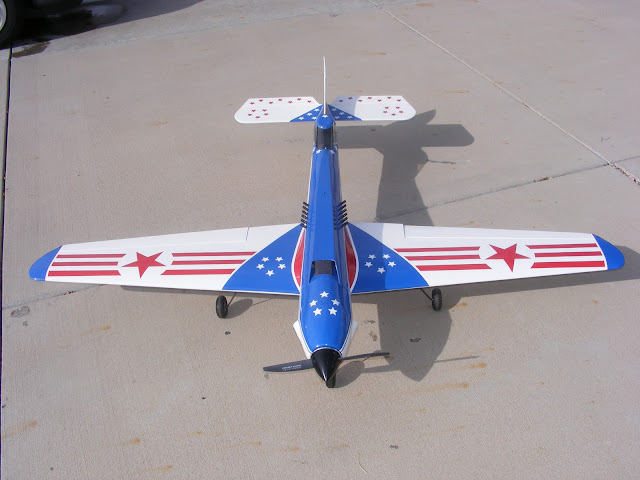 It blows people’s minds when I fly with the two different wings. Not something seen often.

Inspiration courtesy of Star Wars Episode I opening seen on the planet Nabu. No I’m not a Star Wars geek.  Just thought it would make a great model. And it did.

This is exactly what I’m talking about. Have fun and let your imagination out for a walk one in a while. 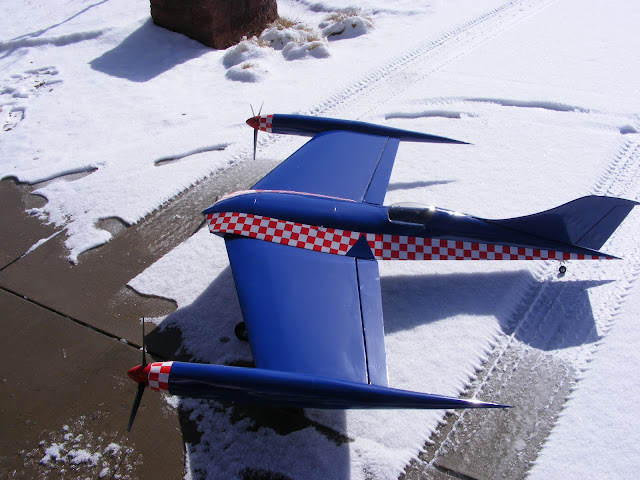 Hope some of these will inspire you to greater design heights. 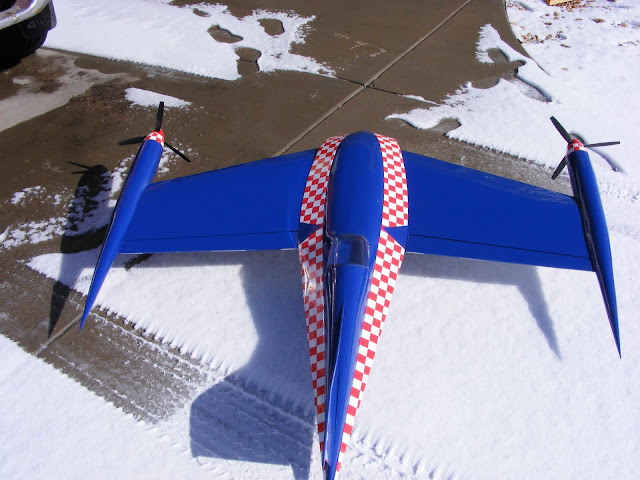 If you find yourself inspired. Remember, the greatest form of  flattery is coping.