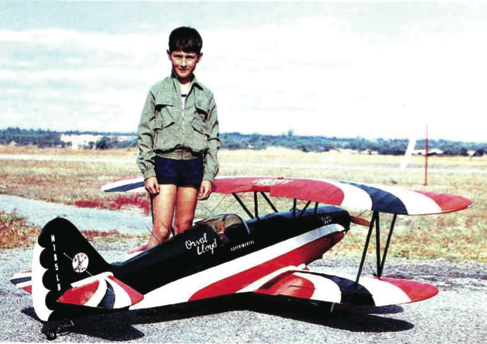 I THINK MOST modelers are familiar with the Liberty Sport biplane. This is somewhat surprising, because there has only been one original full-size prototype, built and owned by Orval Lloyd. The popularity of the model came about when Sig Manufacturing kitted the design originally made by Dick Graham. Dick’s original design was also published in M.A.N. (plan #80, $18.00) in August 1971. What most people don’t know is that Orval Lloyd is building another full-size prototype; a modified version called Liberty Sport Model “B” and it’s this version that is represented here. It ‘s scaled at 31,4 inches to I foot or, in other words, “a little over V4-scale.” First let me tell you how I came to do the B version. I had already built and flown a couple of the Sig kits and wanted to move to giant-scale. As I love biplanes, I decided to enlarge the Liberty from the scale drawings given in the Sig kit. Knowing how well the sma ll ones flew, I knew a larger version could only fly better.

To read more, click the link to open the PDF: Liberty Sport X07861