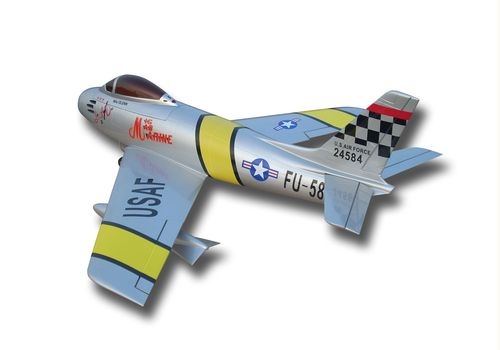 This 70mm jet has a 37.5 inch wing span and a fuselage length of 37 inches. It features fiberglass fuselage construction and foam core, balsa-sheeted wings. The HET F-86 includes an instruction manual written by Fan Jets USA.