Warbirds with powerful engines usually develop high operating temps unless they are carefully integrated into the airframe. Therefore, they really need a custom designed cooling baffle to keep temps down. Those that think the big round hole in the cowl is going to cool that engine, as is, are usually in for a surprise after that first flight. Just go look at virtually any full scale aircraft, and you’ll see cooling baffles as part of the trim under/behind the cowls. No matter how many times you tell guys “Air takes the path of least resistance” they won’t believe until they see their own engines overheat. So, you can believe that old phrase and apply it from the start of your next warbird project and take the time to design the baffle as a planned component rather than an afterthought/retrofit.

For this article, we will be making a baffle for an ESM 85 Inch F4U Corsair ARF with the Saito, FG-84, three cylinder, 84cc, gas, four stroke engine. But, the process is similar for any engine that you desire. Once you read the steps and see the photos, you can transfer those methods to any aircraft engine, sport or scale.

I will make note here that your engine and cowl should be completely installed before doing the baffle work. If not, you will be at a possible disadvantage later if you have the baffle glued into the cowl and you cannot get the cowl positioned correctly without repositioning the baffle. You’d be going in reverse at that point.

Making the baffle is generally an intimidating thing for most modelers. It really isn’t that difficult as long as you understand the reasons for needing one, plan it out, and take it one step at a time. Most of the design falls under the concept, “Form follows Function.” The only part of the design that you have to decide on your own is how big to make the openings. Wow, that isn’t so tough. The rest will, by necessity, almost design itself.

First thing to create is a paper prototype design. This keeps the design brainstorming easy as you are simply using a scrap piece of paper to make some rough drawing and doodles. Don’t like your first thoughts? Wad that up and begin anew. The idea for the Saito is fairly straight forward, really. It has three cylinders and three heat sinks that need cool air passing over them. Everything else on the engine needs to be closed off to the airstream. And, you need to have plenty of exit area to allow the now-warmed air to be evacuated so the incoming air can move thru freely. There are quite a few articles and formulas as to this ratio, which can be found online, so I won’t get into the math and physics here. Besides, most discussions on the subject do not agree 100% with another. Just realize that you must have air directly over the fins and area for exit. 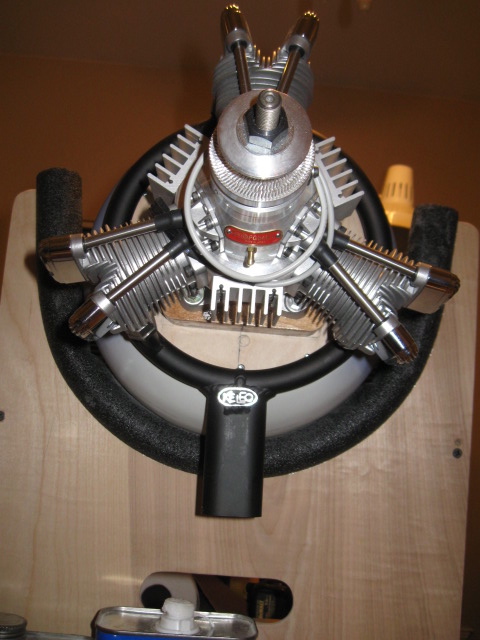 Photo of my project engine installed. Keleo ring exhaust is an extra cost, but completes the radial-engine-sound experience. 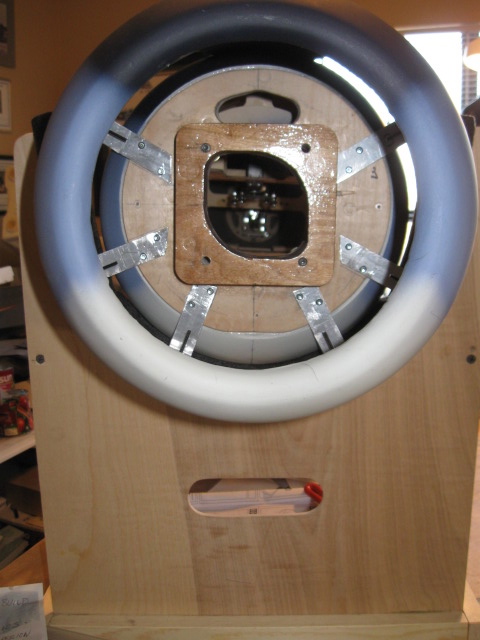 Cowl attachment method. You can see the air exit area at the fuselage. 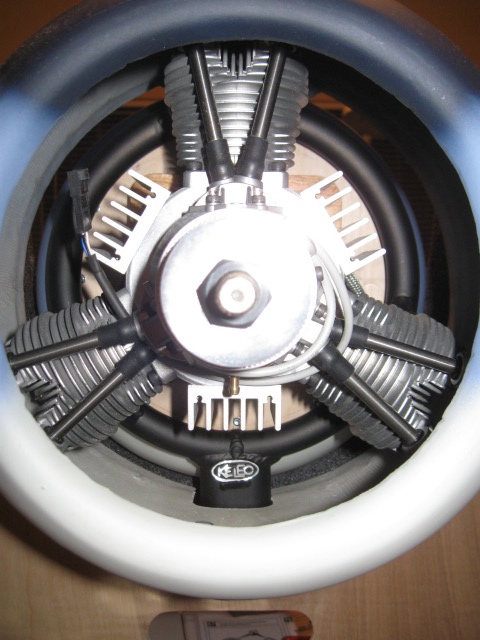 Engine cowled. Looks like it should cool fine, as is, right? Not usually. But, looks great and this is where a guy can choose not to cover up all that cool factor. RC Warbirds are about flying first, gawking-cool in the pits, second. 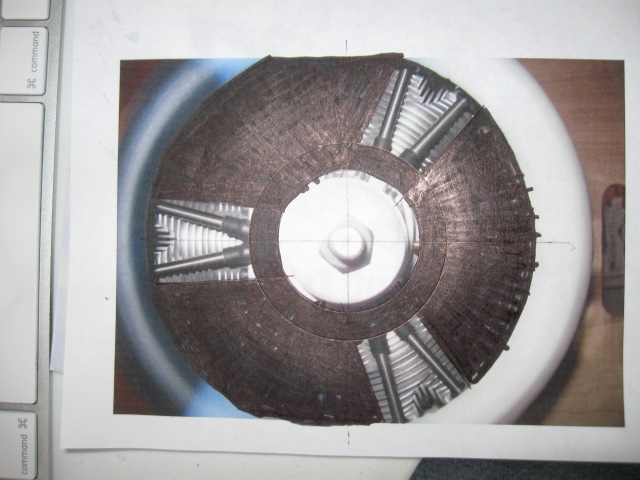 My first sketch of an idea. I printed out a photo of the installed, cowled, engine and made a sketch of my idea. Pretty simple concept. I didn’t include the heat sink openings here. 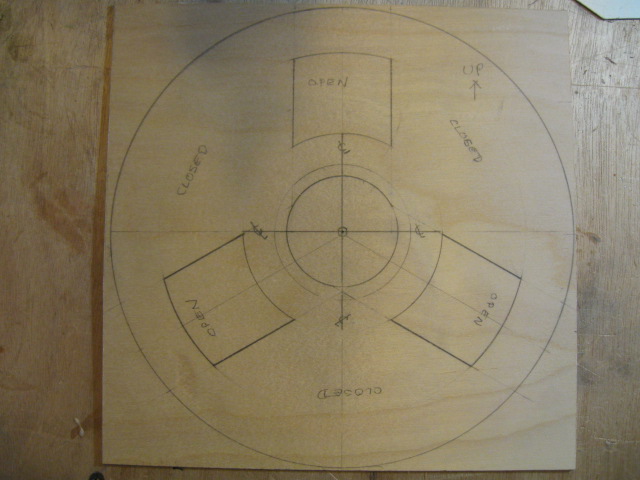 Next, time to pull out the 1/16” plywood and do some layout work. But note, material type and thickness can be your choice. You need to measure the inside diameter of the cowl at the point where you think the baffle will be installed. Other measurements and geometries are taken and applied to the plywood. Be sure to mark the OPEN and CLOSED sections so you won’t cut the wrong openings, as it’s a pain to start over after all this layout time. 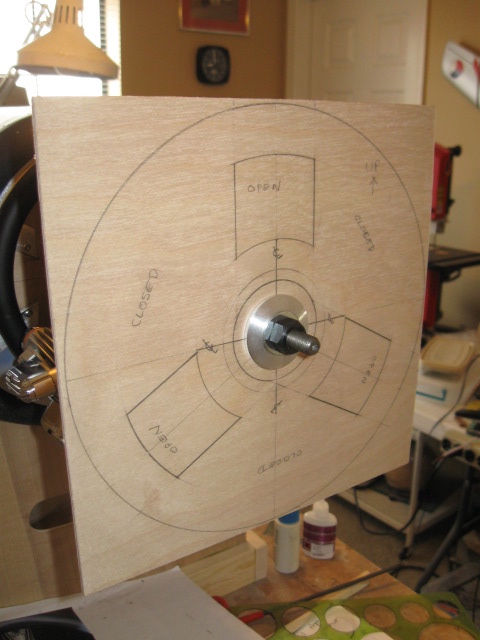 Drill out the center hole point and test fit on the engine. This is a starting point to give you the first look at how your concept is working, or not. Looks good, let’s proceed. 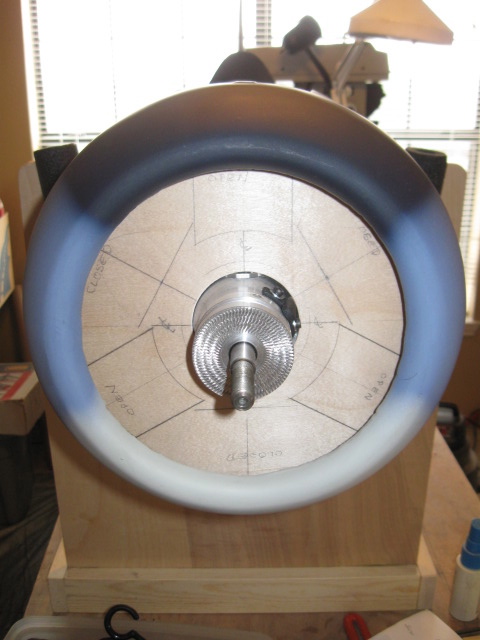 A bit more work on cutting out the shape, placing it inside the cowl, and another fitting. You will be making quite a few test fittings as this is part of the prototyping process. 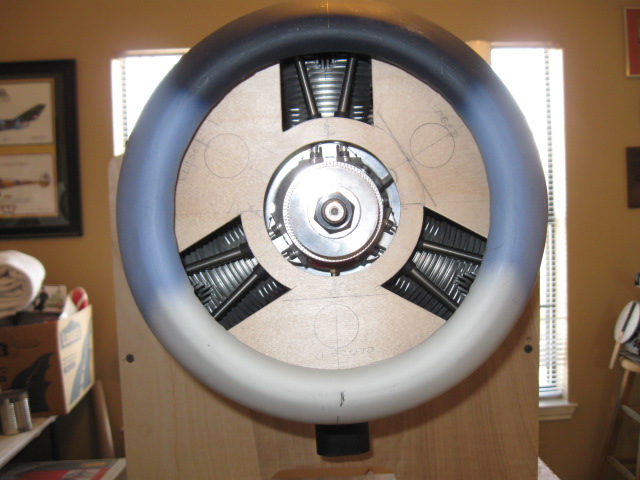 Take it in stages and cut out more of the baffle openings. Here, we have the cylinders nicely open to incoming air and a bit of room for the nose of the engine to protrude. Some say I could have made the openings even smaller. 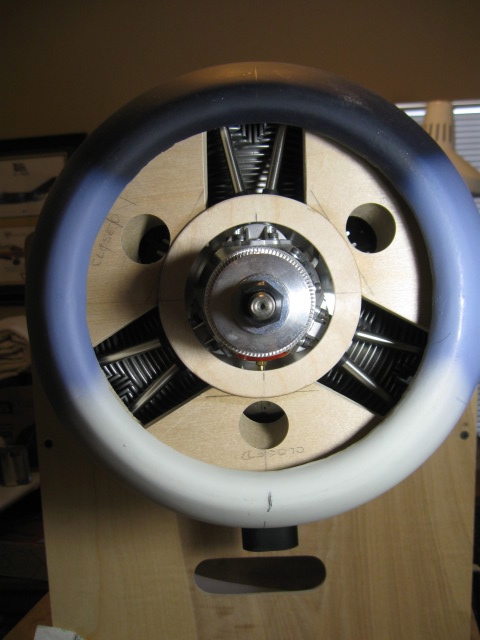 Here we see the cooling holes for the heat sinks as well as a 1/16” plywood ring added to reinforce the baffle. Behind the baffles, we have MonoKote tubes cut at an angle and epoxied to direct air over the heat sinks. 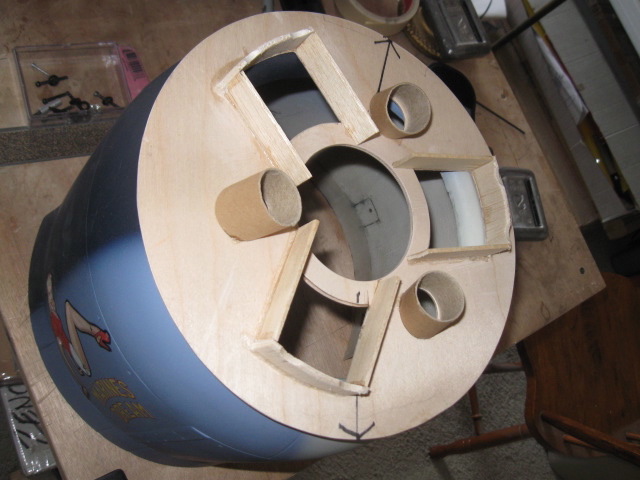 Flipped over, we see the cardboard tubes and 1/8” balsa “shutters” for making sure the air “goes where you want it” which is over the cooling fins. Otherwise, the air will, you guessed it, “take the path of least resistance.” Notice alignment marks. 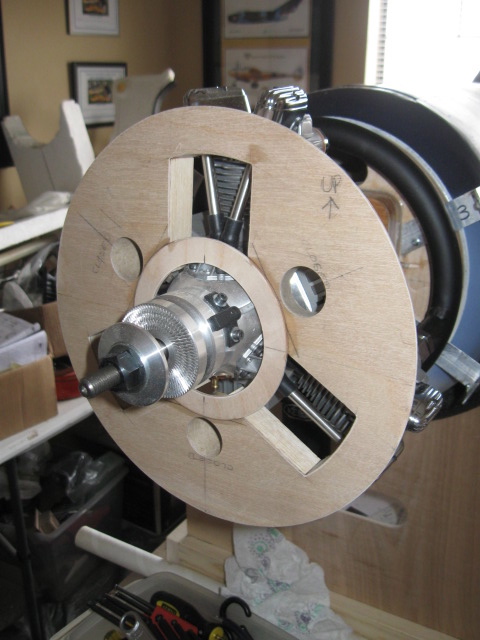 A perspective view of the baffle without the cowl. 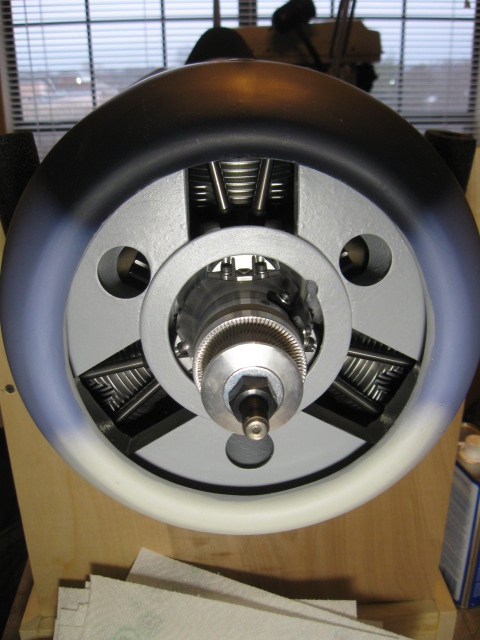 Baffle completed and installed. Grey paint is how I left it as many radials had grey paint over the front mechanicals section. Could have been painted flat black as well. 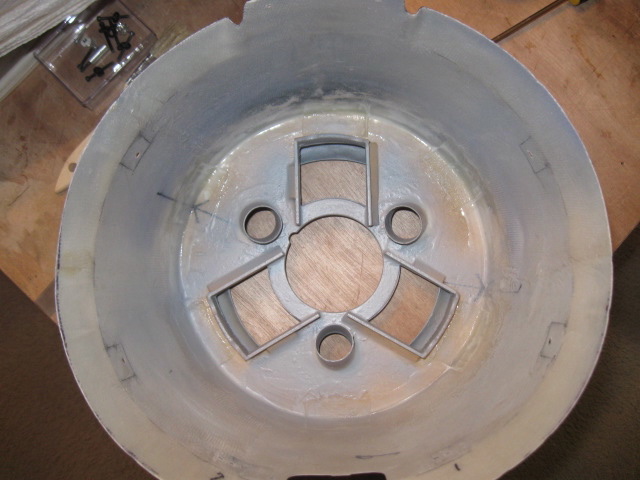 View of the inside cowl after epoxy and glassing baffle into place. Alignment marks used during construction are seen.

As for the proof in the pudding, I measured temps on the first running of the Saito. On most of my 2 stroke engines such as the DLE’55’s, I am glad to see temps at 205 Deg F or below. For the Saito with baffle, I ran 160 Deg F with the hottest temp being 175 F while running on the stand at full power a bit longer than required. Clearly that’s cool. I knew I had a good baffle as I could feel the hot air coming out the cowl vent exit area while running. Engine never came close to overheating inflight.

Baffle-making is far easier while you are building than trying to retrofit after having a disappointingly short first flight and dead stick landing due to engine overheating. This is more common than you might expect.

If you find you have almost no air exit area, you can cut the cowl vents and pull them open about 5 degrees which will create a Venturi effect. The opening will be larger and the low-pressure Venturi-effect will pull the air thru nicely. The ESM Corsair came with the cowl vents slightly opened as seen in the photo. 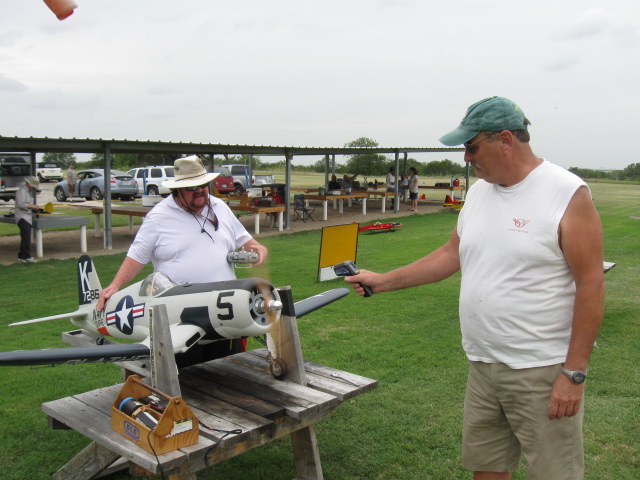 Here’s the proof of concept at the run station.

Making a baffle is a step-by-step process like MonoKoting. just take it easy and think your way through each step along the way to successful engine cooling.