This past weekend, the Long Island Sky Hawks RC club held its semi-annual Gala Banquet to celebrate it’s club’s good fortune as being one of the more active clubs in the Northeast. The club has produced a large number of talented scale builders, warbird pilots and top level scale competitors. 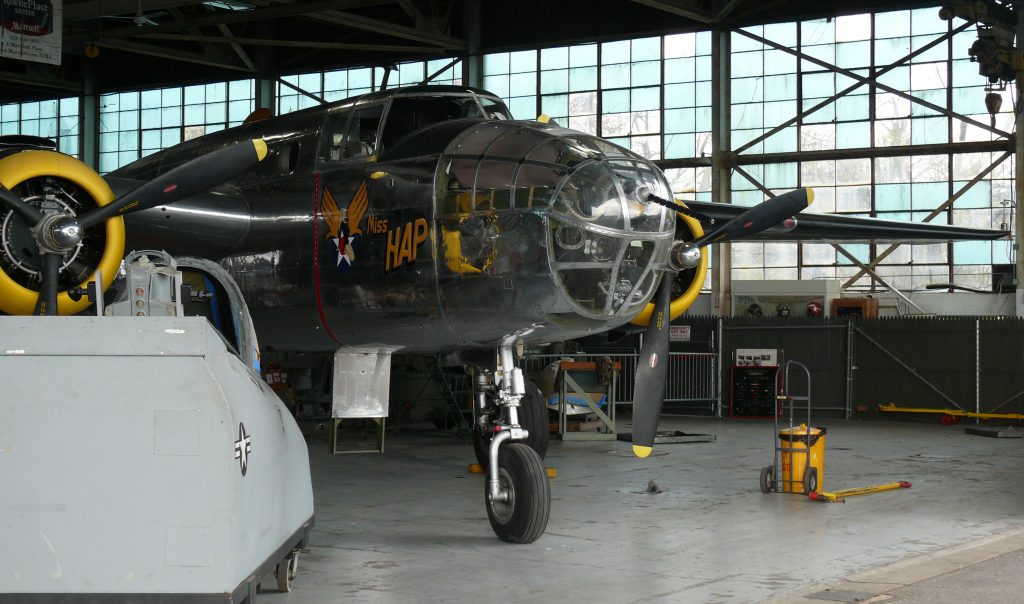 The Museum’s B-25 “Miss HAP” is a regular flyer. Club member Nick Ziroli Jr., is rated to fly the B-25 as well as several other aircraft in the museum’s collection.

It membership includes many well know RC personalities that are active in the hobby both in competition and in manufacturing. These include,  Nick Ziroli Sr., and Nick Jr., Roy Vaillancourt, Mike Gross Sr.,  Sal Calvagna, David Wigley and Lou Centrangelo, all who have competed a number of times at Top Gun. Many, many other club members are seriously active in local and regional RC events, and the club’s annual meetings are like school classes for the art of building, finishing and painting all nature of scale airplanes. 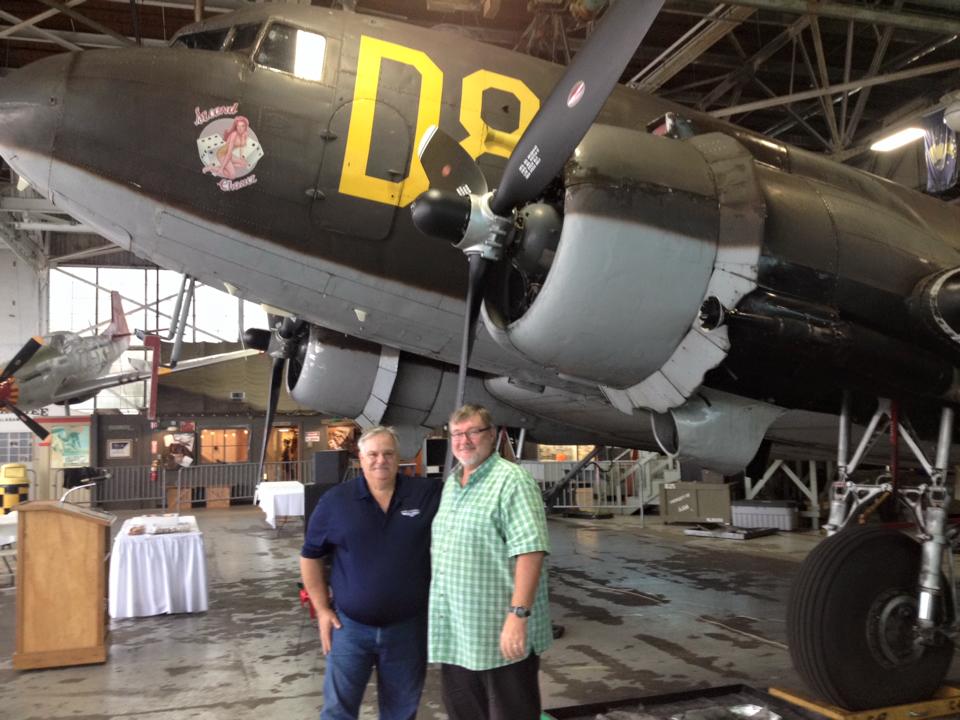 Sal Calvagna (Left) and me under the nose of the museum’s C-47.

The American Airpower Museum at the Republic Airport in Farmingdale, NY host a number of events each year.

Regular MAN contributor Sal Calvagna put this year’s shindig together and was kind enough to invite me and my wife Anita to take part of the lavish festivities. With plenty of food and drink, Sal also put together sort of an RC scavenger hunt inside the museum, which was closed to the general pubic during the banquet. 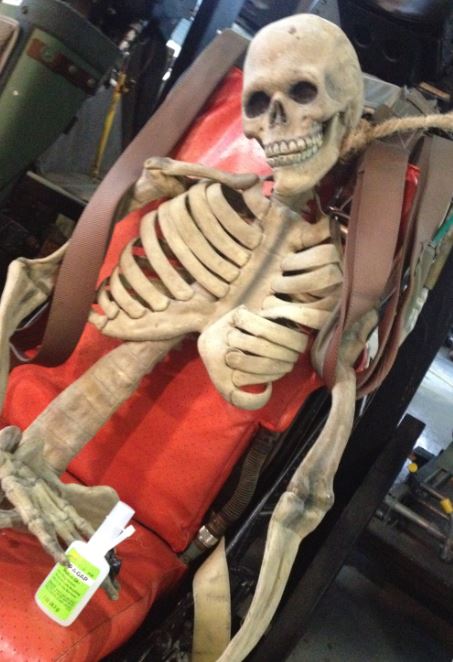 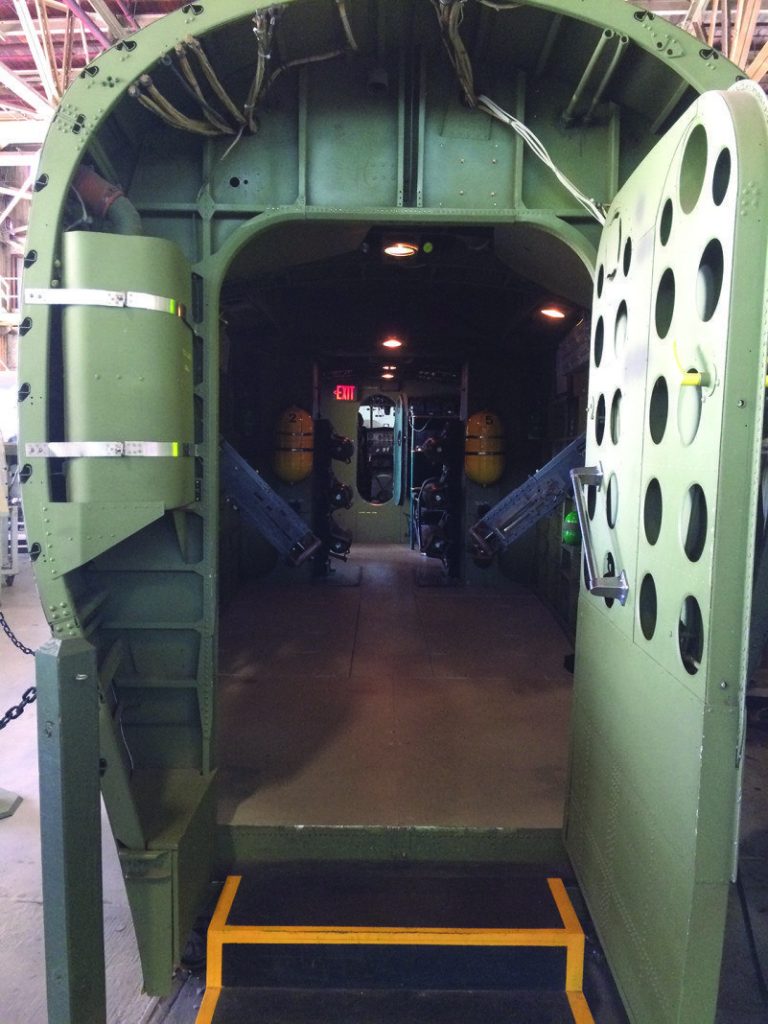 Step inside of history, there are a number of sectioned off aircraft you can enter to see what the real airplane was like and how it was built and equipped.

And a great bonus of the night was that everyone could actually get inside some of the display aircraft and get a first hand look at the amazing aircraft in the AAPM’s collection. 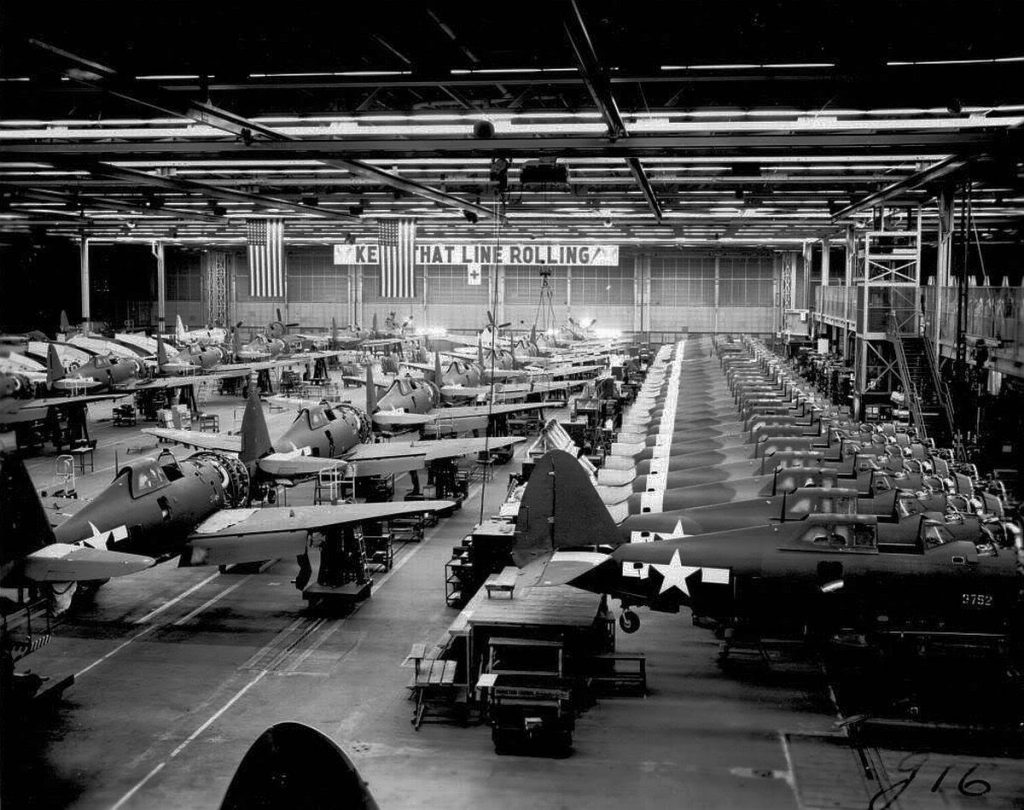 Part of the history of the museum is that, some sixty five years ago, the current home of the American Airpower Museum at Republic Airport was a crucial part of the “Arsenal of Democracy”. Home to Republic Aviation, the complex in Farmingdale, NY produced over 9,000 P-47 Thunderbolts. 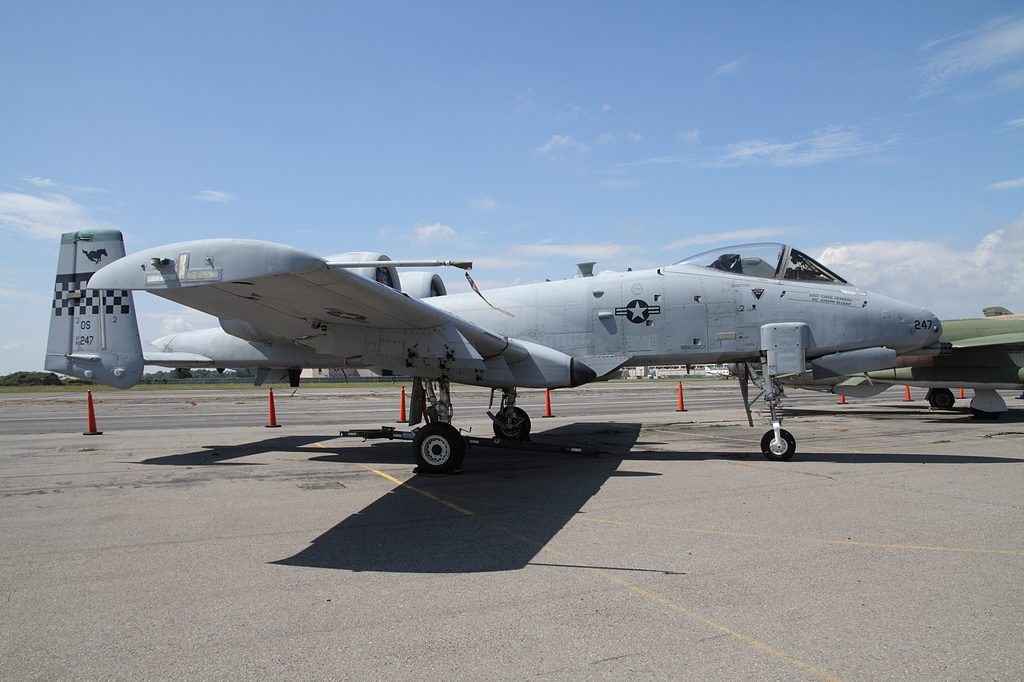 The Museum also has a squadron of airworthy warbirds that fly at airshows across the Northeast on a regular basis. These aircraft include, a C-47 Skytrain, a B-25 Mitchell bomber, an AT-6 Texan, a P-40 Warhawk, A Grumman TBM Avenger Torpedo/bomber and a Waco open cockpit biplane. Several other non flying aircraft are also part of the museum’s rich aviation collection, including an A-10 Warthog, an F-84G Thunderjet, F-105 Thunder Chief and many more. 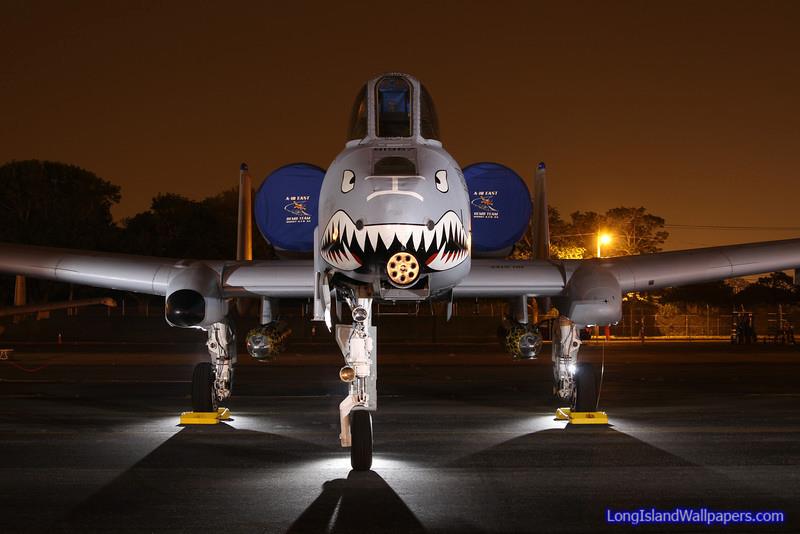 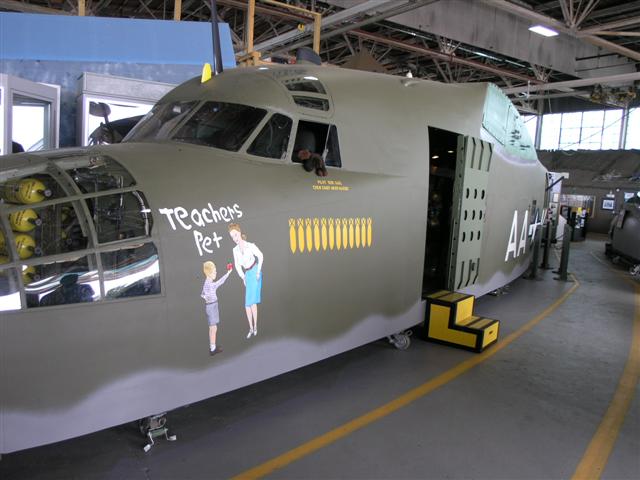 The American Airpower Museum is a great place for any RC warbird lover as well as any aviation history buff. Check it out the next time you’re on Long Island!