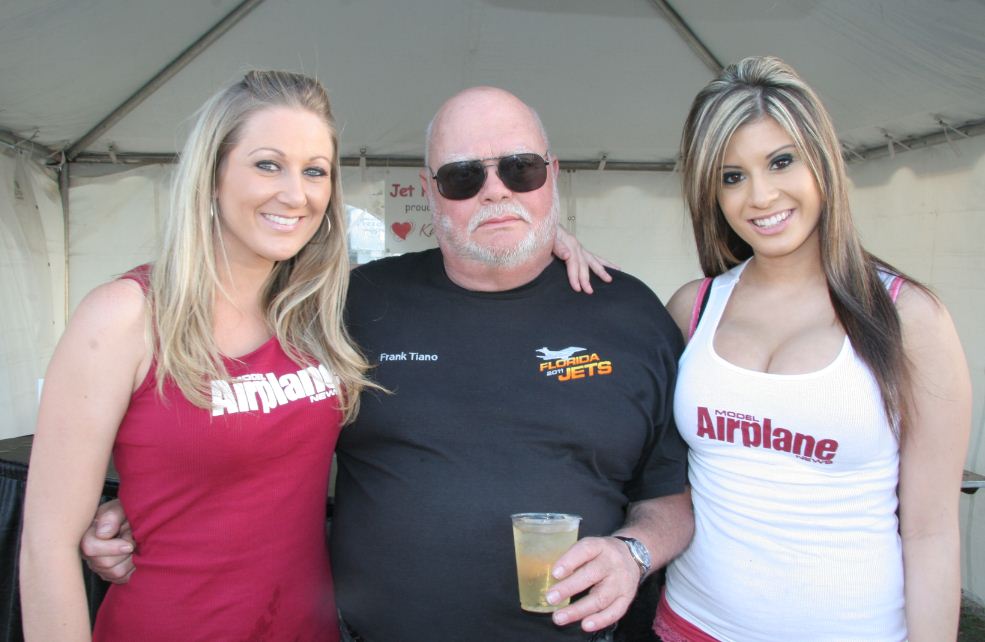 Recently at the 2011 Florida Jets event in Lakeland, FL, contributor Rich Uravitch covered all the action and posted several photos and video interviews from the flightline of this all jet event. Rich caught up with event originator and promoter, Frank Tiano, during the event. He is seen here with his “Peripheral Amenities Manager” and “Customer Relations Representative.” Here’s what Frank had to say…

Frank, tell us a little about Florida Jets and the new site.

The event was started because I have always been a fan of jets and thought that an event geared specifically towards that segment of RC modeling would be well received. In fact, it was and, with the arrival of Electric Ducted Fan models and power systems, it seems that the event was not only a good idea, but is likely to grow as more fliers get involved.

As you’ll remember, it was originally held on the taxiway adjacent to one of the longer runways. While the actual surface was great for model activity, the runway/taxiway heading seemed to always be prone to crosswind, sometimes severe. I was offered the opportunity to relocate the events to what we have now named “Paradise Field” which will be the permanent site for my fours events in the foreseeable future. We have an amazing relationship with both the airport administration and the EAA who also hosts the annual “Sun ‘n Fun” event on these same grounds.

Can you tell us about that new fourth event you’re considering?

I’m leaning towards either a Warbird meet or an electric event. There are lots of reasons for both which we are considering. We’d like to hear from others about their preferences before I make a decision. Who knows, it could turn out to be a Monster Electric Warbird event so you could bring your Bronco!