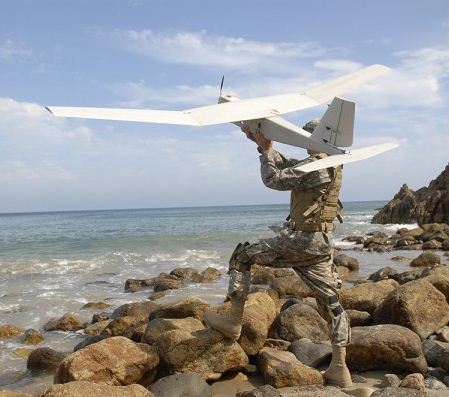 Camp Lejeune, NC, is adding a new class to its roster: learning to launch, pilot and recover Group 1 assets, which are aircraft that weigh less than 20 pounds, typically fly below 1,200 feet and have missions that last from 45 minutes to 2 hours. They include  RQ-11B Raven, Wasp, RQ-20A Puma and RQ-16B T-Hawk. The new program will be recruiting directly from the Wounded Warrior Project to staff the support activity, giving former service men and women an opportunity to continue their service in a new capacity. Program manager Col. Jim Rector adds, “Consistent training and sustainment support are key components for any  weapon system and are integral to the warfighter’s mission success. After years of operational contingency  funding and rapid fielding of numerous small UAS, we identified this as an area  that we needed to rapidly improve.”

Rector said small UAVs provide the battlefield commander an organic  capability, within his or her unit, to perform over-the-horizon reconnaissance,  surveillance and target acquisition. This reduces operational risks and enhances  his or her decision process.

There are plans to establish an additional class at Camp Pendelton, CA, later this year.