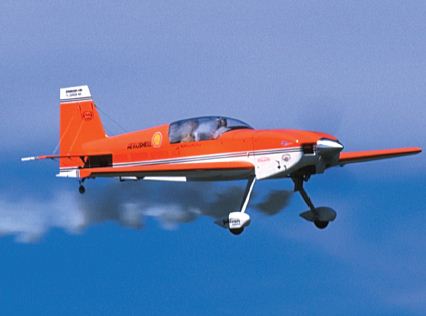 You should practice straight and level as much as you do any other maneuver. It is also where new precision aerobatics pilots  should begin. It may seem like the most boring thing to do, but in reality, straight and level flight is one of the most difficult maneuvers to master. Sure, rolling circles, tail slides and multiple snaps each have their own levels of difficulty, but think about what comes before and after each one of these: straight and level flight. One of the most difficult things to do after performing a rolling circle or a snap is to retain the same flight path.  You must learn what “wings level” looks like at various flight altitudes and box positions. And for this, there is only one solution: practice. 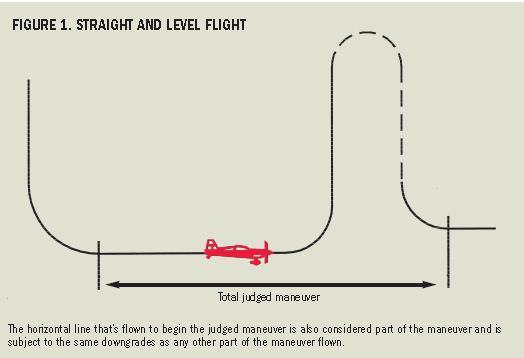 Begin by flying your plane parallel to the runway about 100 yards away from yourself. When you reach the end of the aerobatic box (1,800 feet wide maximum), pull the plane vertical. If your plane does not head straight up, you didn’t have your wings level. Typically, most fliers hold their inboard wing too low during what looks to them like straight and level flight; when the plane is pulled into a vertical climb, it will start to come in toward the pilot. Continue doing this at various altitudes until you can achieve a vertical pullout. As the plane continues upward, other forces such as prop torque will affect your plane, but you need only concentrate on the initial pull up for this exercise. If you find that you have to apply rudder immediately after you “pull” up-elevator, then you are not flying level. High-wing, mid-wing and low-wing planes will all look different in flight with respect to the ground. Your paint scheme can also “throw off” your perception of your plane’s attitude. Learn what wings-level looks like by practicing it over and over. 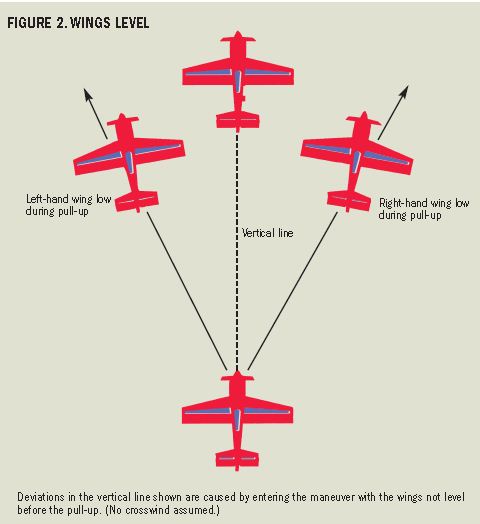 Now let’s take the wings-level exercise one step farther: inverted. Yep, throw out your previous sight picture and start again. In an aerobatic sequence, straight and level flight is not limited to upright flight only. In fact, you may spend as much as 30 percent of your flight time inverted while in between maneuvers. You also need to know what inverted wings-level flight looks like. Push down-elevator to enter into a hammerhead at each end of the box, and notice which way the plane immediately leans. Fix the lean angle on the next try with your ailerons immediately before adding the elevator push from straight and level flight. Once the push begins, only rudder should be used. The same thing goes for upright flight. Use the ailerons before the pull, and then use the rudder to correct during and after the pull into the vertical. 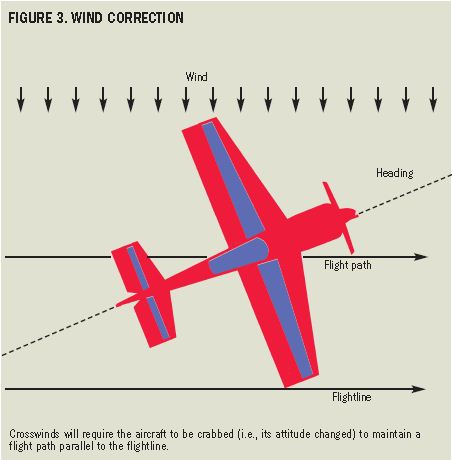 Wind correction is another factor that will influence straight and level flight and your vertical lines. (Note: “wind correction” means that you must lean the plane’s heading slightly into the wind to keep the plane’s flight path parallel to the runway and perpendicular to the ground during a vertical climb.) If the plane is crabbed during a vertical entry, it will immediately lean toward the direction of crab. You may need to take some of the crab out of the plane with rudder immediately before the pull. (I emphasized the word “some” to signify that there is no hard-and-fast rule concerning how much to remove.) A certain amount of crab-angle wind correction should be maintained to keep it parallel to the runway. Each plane will act differently depending on its weight, the length of its tail moment and the amount of crosswind velocity. The only way to find how much crab angle you’ll need to remove is by practicing. It may seem simple, but I can’t over-emphasize how important it is to master straight and level flight—for aspiring aerobatic pilots and seasoned veterans, as well. Think of it as the glue that holds your sequence of maneuvers together.