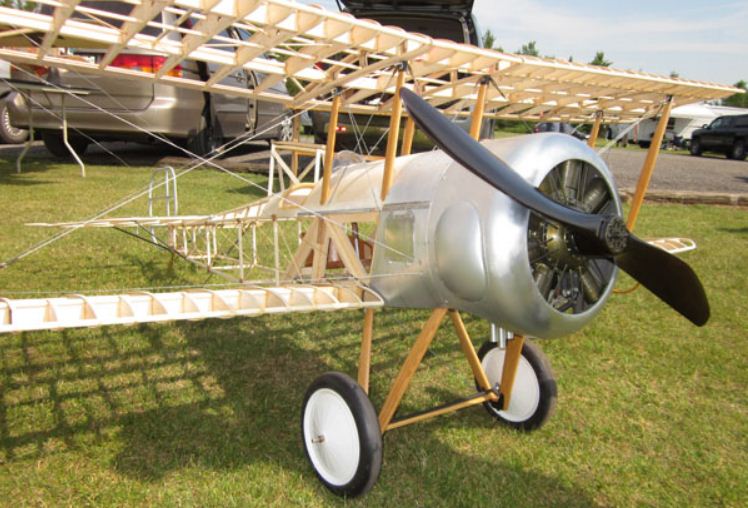 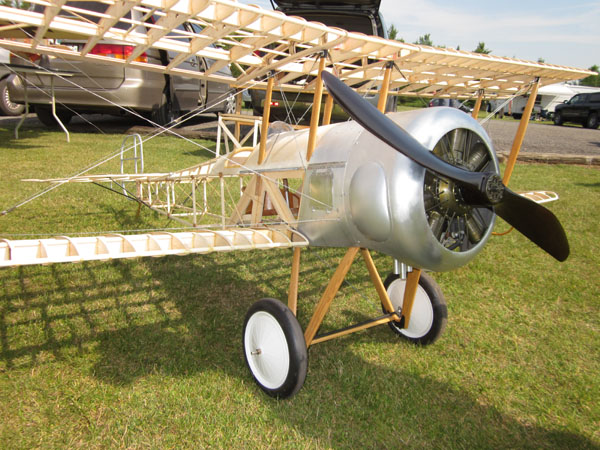 During my recent trip to the Father’s Day Fun Fly in Kingston Ontario, I ran into my good friend Brian Perkins. One thing I have learned is that, whenever you see Brian on the flightline, chances are you’ll see an RC Bristol Scout in the air. Brian has been a scale modeler for most of his life and he has really perfected his scale modeling skills. We have featured Brian in the Canadian section before with his impressive ¼-scale S.E. 5a Scout, but I learned that his love for the “other Scout” has been around a lot longer. Here’s what I learned while chatting with him at the annual Kingston Fun Fly. 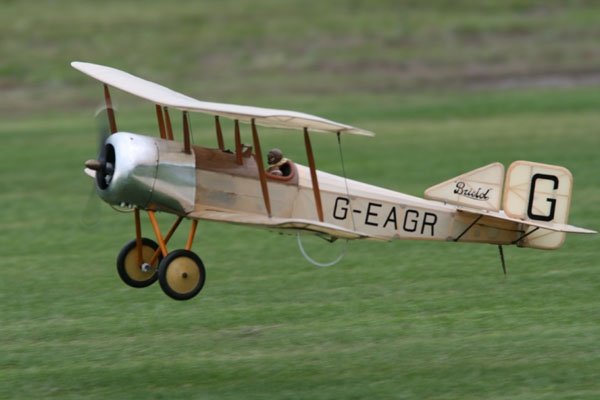 So tell us Brian, how many Bristol Scouts have you built.

My newest Scout is my third model. I built my first one many years, years ago from a set of Hal Wallace plans. It was a standoff scale 40-size version with symmetrical wings. It was very popular in the 60s and 70s at the Old Rhinebeck Aerodrome’s WW1 Jamboree back when it was a competition. Hal Wallace designed it to be easy to build and to have good flight characteristics. Then I built my second version which has a much more scale construction and is designed for a .60 size 2-stroke engine. I have been flying it at the Fun Fly for many years and it just keeps on going strong. It has great slow speed characteristics. Now I have this big one almost ready to cover.

Tell a little about the Bristol Scout

Well I really like the way the Scout D looks. It was first flown in 1914 and it was used by the Royal Air Corps (RFC), for many tasks during the First World War. It was used by both the RFC and the Royal Naval Air Service (RNAS) and a few hundred of them were produced. The Scout D found continued service after the war by becoming a popular aircraft for flight instructors. The first truly production Scout was the Scout C, which entered service in early 1915. About 160 C models were built. These were followed by over 200 model D varients. The D was basically the same airframe as the C with minor changes to the engine mounts, the cowling and wing struts as well as having other improved fittings. Also, many D model Scouts flown in by the RNAS had a heightened rudder and a fixed vertical fin added for increased stability.

What is the scale if your newest Bristol Scout and how big is it? 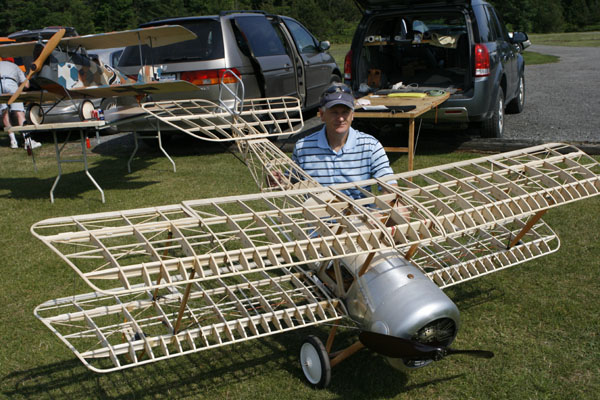 My newest project is a 35% scale Model D which is 100% scratch designed and built. It has a 103-inch wingspan, weighs 36 lbs as it sits now and has a Quadra 100cc engine bolted to the firewall. I am using a modern Spektrum radio and servos throughout.

How did you develop the plans?

I enlarged some scale drawings and tried to make the internal structure close to scale as I possibly could. The drawings I based my design on were from the Bristol Scout Windsock Datafiles and Profile Publications. Further details were obtained from the excellent WW1 Aero Magazine. All my drawings were done on a drafting board not with CAD with the exception of the ribs which were develped using CAD so that my friend Rolly Siemonsen could laser cut them so they would precisely fit the dowel leading edges and the I-beam spars. 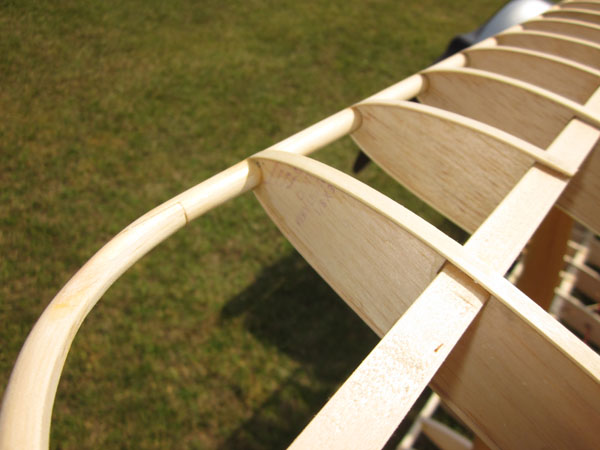 What about its construction? It looks like you really outdid yourself.

I started out wanting to do as good a job as I could and whenever I felt like taking a short cut or not doing something 100 percent, I would stop for the night and leave for another day. To make the rather large and huge number of ribs more manageable, I had the ribs laser cut. I used thin basswood capstrips and dowel leading edges. Having the ribs laser cut allowed them to fit precisely to the round dowel leading edges. Then with the basswood capstrips, I used CA glue to first adhere them to the fronts of the ribs so they would not lift from the curvature. Then I glued them to the rest of the rib working back to the trailing edge. A light sanding made the capstrips blend perfectly into the leading edges. 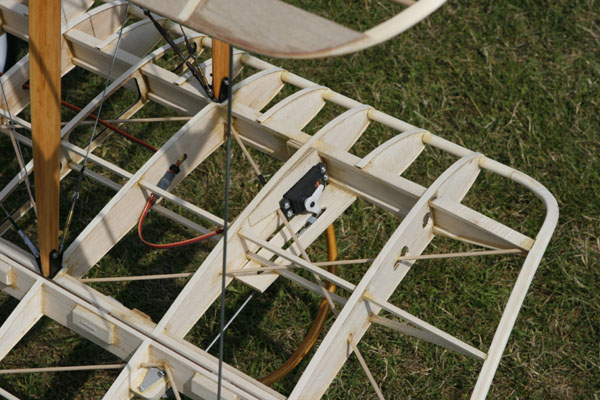 These leading and trailing edges don’t look like a standard hobby shop supply items. Where did you get them?

Actually I found a large supply of long, clear grain dowels at the local home improvement outlet and I called my good friend and fellow scale modeler Martin Erving about my find. We got together and cleaned them out. For us scale modelers you never know when you’ll need some strong straight dowels. The trailing edges are made from a lamination of thin plywood for straightness and strength. 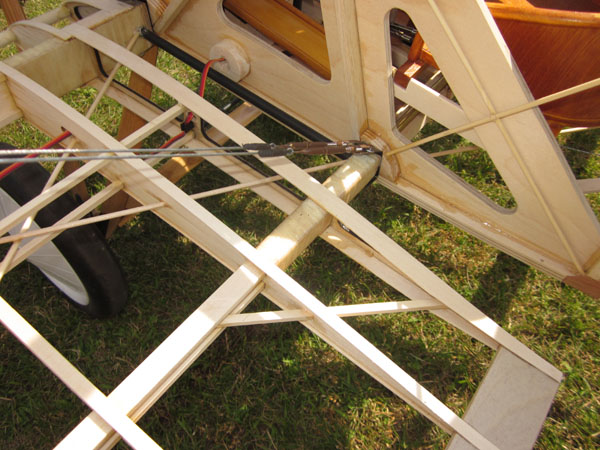 Tell us about the fuselage structure.

Well, the shape of the fuselage longerons is interesting. They aren’t just gentle sweeping bends. To get the proper shape to set properly, I used solid spruce where I could and then where I needed sharper  bending I cut them lengthwise and inserted with thin plywood strips. I then glued and laminated them around a form to set the curvature. This is particularly noticeable where the fuselage transitions past the leading edge of the horizontal stabilizer and ends at the rudder post. 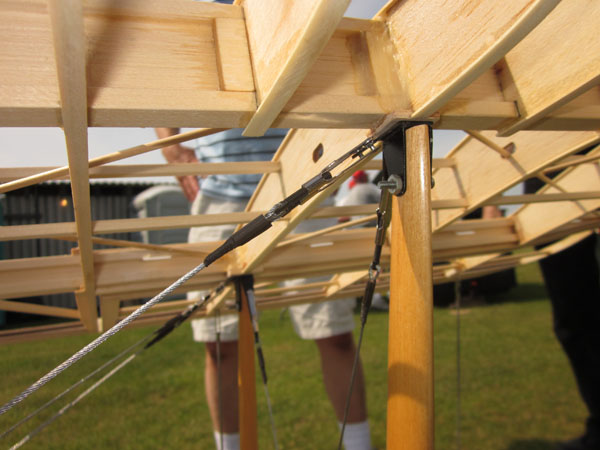 All of the model’s rigging wires, attachment points and hardware are functional and the wing spars are scale I-Beam construction. The Engine cowling was easy as it is an aluminum unit available from Balsa USA.  I enlarged the opening and for the distinctive Bristol blister on the side of the cowling, I made of by vacuum-forming some plastic sheet over a mold. It took several trips to the hardware store until I found the right shade of silver spray paint painted to match the aluminum cowling. The dummy scale Clerget engine I got from Mick Reeves Models, and the wheels here are from Du-bro but I have others on order from Williams Bros. 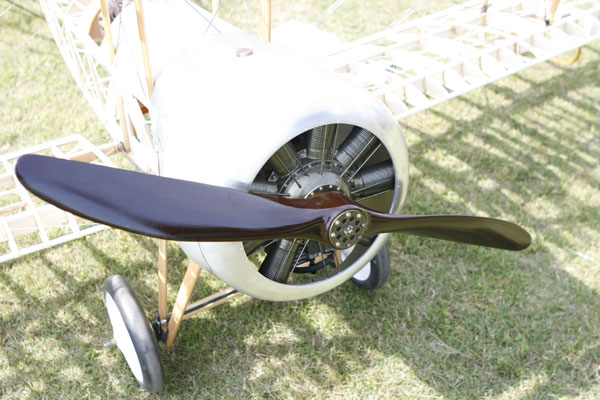 Everything else in the model is scratch built including the cockpit detailing. I also got a little carried away and made the functioning control yoke stick and rudder bar. All in all, I am pretty pleased with it so far. All I have left to do is cover up all the detailed work with fabric covering and give a scale paint job. 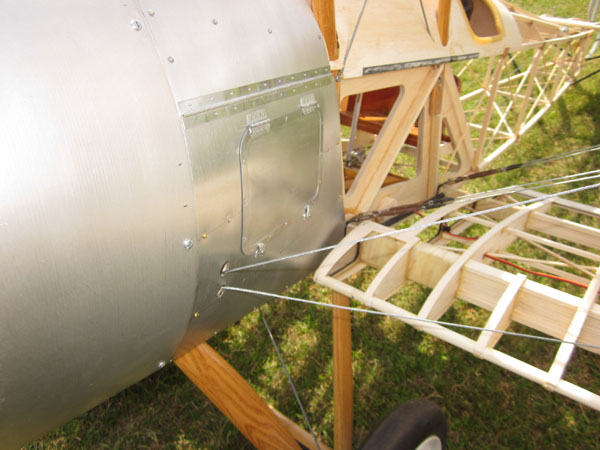 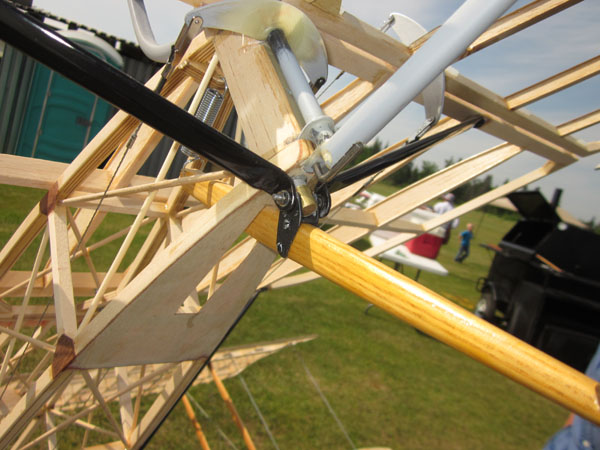 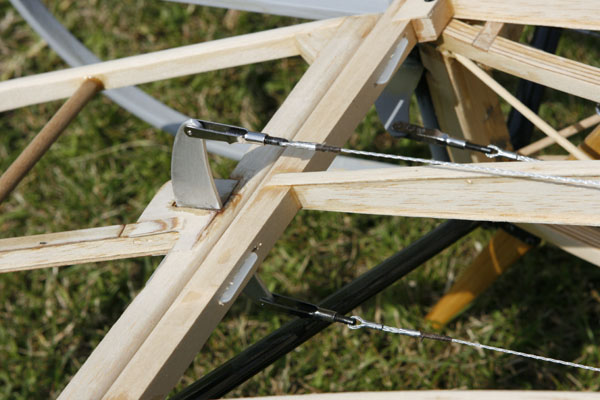 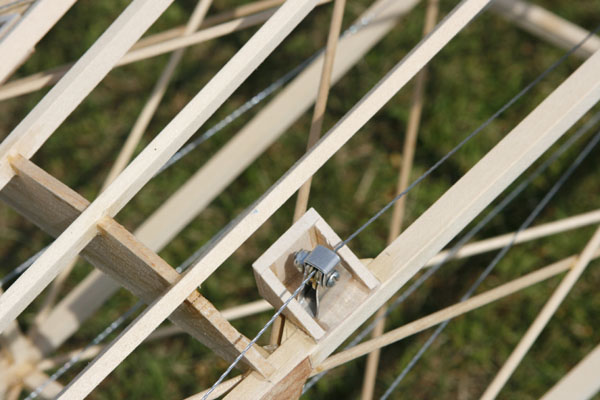 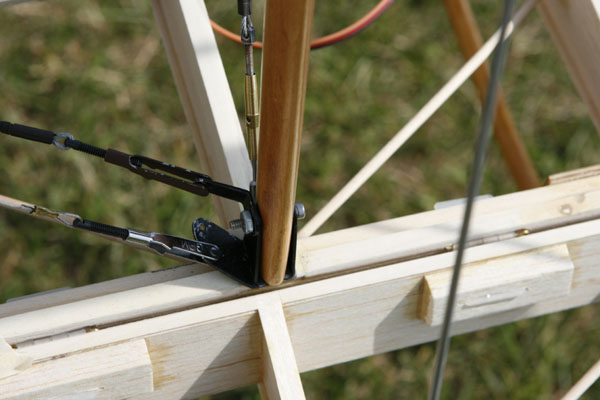 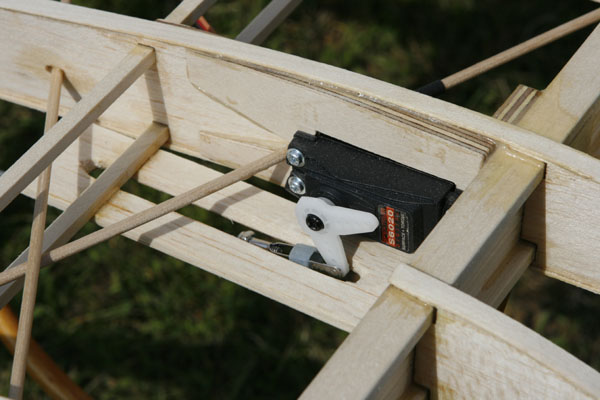 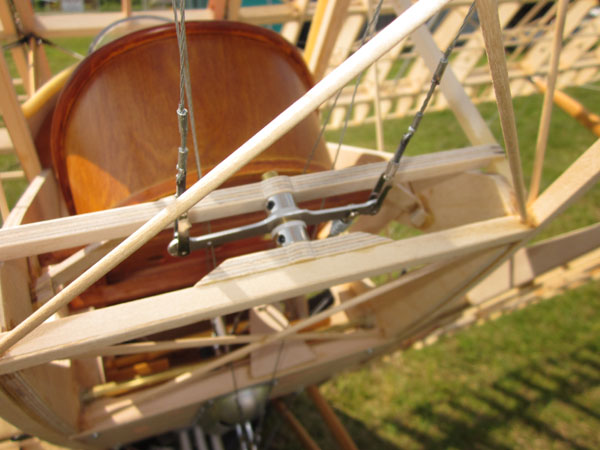